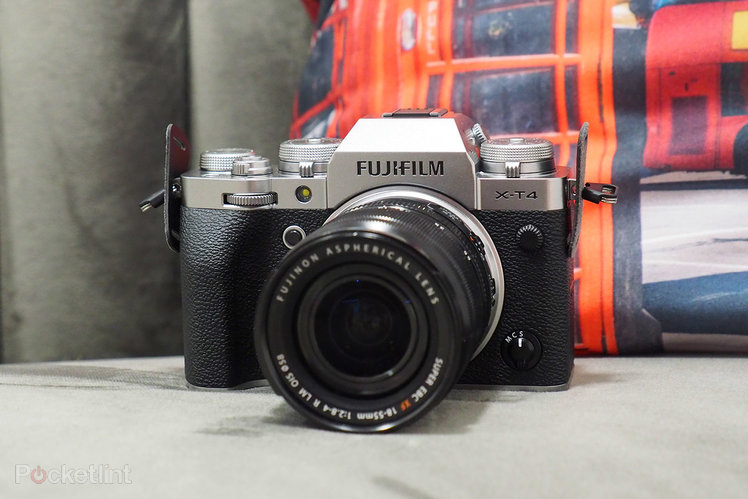 The long-standing Fujifilm X-T series has in the past set the benchmark for being the mirrorless camera to beat all others. Indeed, the X-T3 won Best Camera in the 2019 Pocket-lint Awards.

Now there’s a new kid in town: the Fujifilm X-T4. But does this latest camera add enough extra to warrant its purchase? We got to play with a pre-production camera ahead of its official announcement, followed by using the final camera on some car shoots. Here’s what we make of it.

At a glance the X-T4 looks a lot like its X-T3 younger brother. But there are some clear differences. The newer camera is a little larger and heavier, on account of a new battery system that’s designed to last longer. 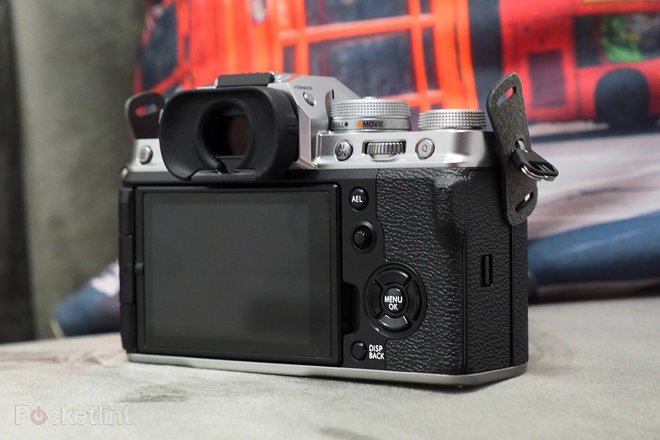 Some weight has been shed elsewhere, to avoid it getting altogether too heavy, by introducing a newer, smaller in-body stabilisation system, which is said to be capable up to 6.5 stops (up from the 5 stops of the X-H1, where in-body was first introduced by Fujifilm).

In tandem with the stabilisation system is a new shutter mechanism, capable of up to 15 frames per second (15fps) burst shooting. It’s also tested to 300,000 shutter cycles, doubling the durability over the X-T3.

Other little tweaks should make a big difference for movie users: a dedicated movie mode, with its own Q Menu on-screen settings (useful for silent adjustment), and even a removable SD card door, should you be shooting from a rig. The rear LCD screen is also a little higher in resolution than before (1.62m-dot compared to 1.04m-dot). 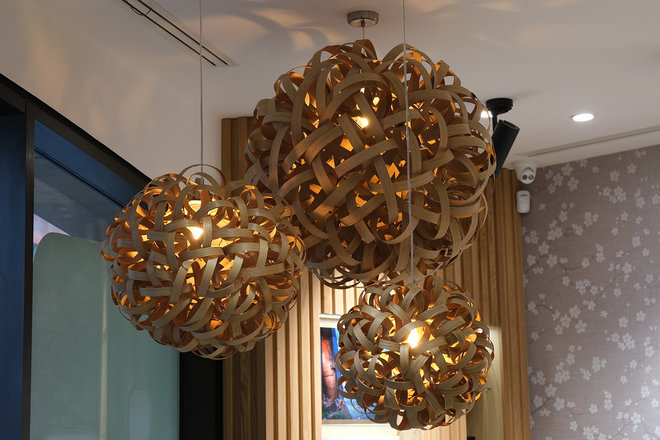 Elsewhere the specification is built around the same core as the X-T3. This means the X-T4 has the same sensor and processor combination, same on-sensor autofocus capabilities (albeit with some algorithm tweaks to improve tracking and face/eye-detection). So if you’re looking for higher resolution or advances in quality in that area, then the two cameras don’t differ.

How does the X-T4 perform?

The X-T4 is made primarily from magnesium alloy, which gives it a robust feeling in the hand. It’s also weather-resistant, so paired with a suitable lens you needn’t worry about splashes and rain. We’ve been using the lovely 16-55mm f/2.8 for the majority of this test. 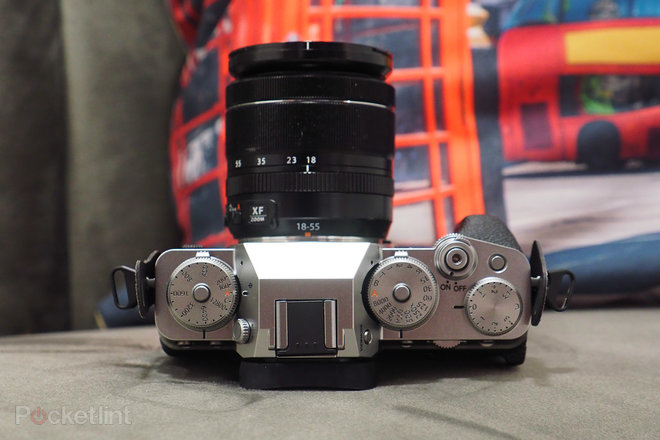 The X-T4 is larger than the X-T3 given its new battery system, but that extra little bit of bulk and 10 per cent weight increase is worth it on account of longevity. The new battery is 2,200mAh in capacity, which is a big increase over the 1,260mAh of the X-T3’s cell. Despite having two batteries on hand and shooting across multiple days, we didn’t even drain the first one to zero – meaning the 500 shots per charge quote seems on point.

There’s also a new vertical grip, which can house two additional batteries, and comes with a dedicated switch to flick between normal, boost and economy performance modes. The X-T3 grip won’t fit onto the X-T4 due to the new battery system and different camera footprint.

Recharging takes place via USB-C, much like an Android phone, but you’ll need to use a 15W charger at the wall for the fastest possible recharge times. It’ll take about three hours to recharge the one cell, which isn’t especially quick, but use a low power USB port and it’ll take three or four times longer than that! 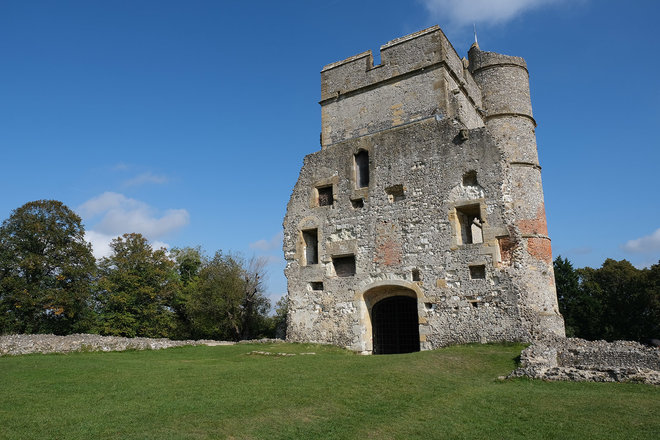 The X-T4 has the now staple rear LCD and OLED viewfinder setup. The vari-angle touchscreen is easy to use, benefits from that added resolution, while the OLED finder is the exact same as found in the X-T3. That means it’s got all the resolution you’ll need, complete with a high refresh-rate, deep contrast, and a massive 0.75x equivalent magnification size – which makes for a formidable finder scale to this eye.

If you’re familiar with the X-T3’s autofocus – which we found did a great job at the Goodwood Revival motor show – then it’s much the same with the X-T4. The camera uses a massive 2.16-million phase-detection pixels embedded across its sensor’s surface, designed to cover the full width from edge to edge. That means you can focus anywhere in the field of view, as far vertically or horizontally as you wish, and still acquire the same focus ability as you would in the centre.

The autofocus system is pared down to 425 areas maximum, which can be further reduced to simplify operation as you wish. The AF point can be adjusted between a variety of point sizes, too, by using the rear thumbwheel. There’s still no Panasonic-style Pinpoint mode, however, which we always miss when using other brands’ mirrorless cameras. 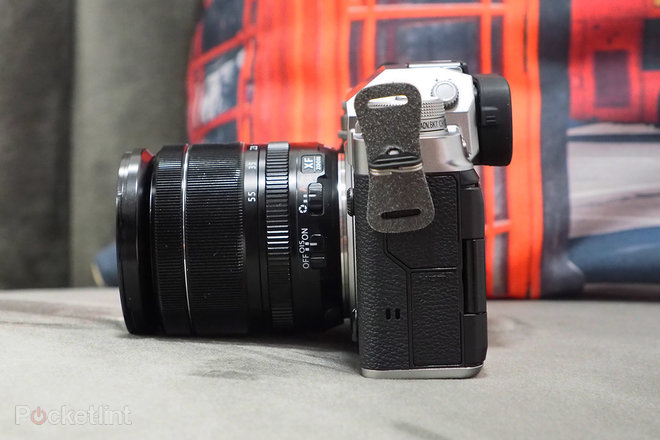 With a decent lens on the front and the X-T4 is a formidable shooting machine. From its 15fps burst, to the various custom settings (much like you’ll find in a pro DSLR, in a scenario-appropriate format), mirrorless system cameras don’t really get any better than this.

Just like the X-T3, the X-T4 features Fujifilm’s fourth-generation X-Trans CMOS sensor. This sensor is backside illuminated, with the copper wiring placement beneath the photo diodes in the sensor, in order to create a cleaner signal path.

That all worked a treat in the X-T3 and it’s much the same here: image quality is exemplary. Although, as we always say, a lot of that comes down to the lens on the front of the camera. And Fujifilm’s range of optics means there’s something for more or less every situation.

We’ve shot with the X-T4 in and around Fujifilm’s House of Photography in central London, where there’s a variety of light sources and situations. That’s given a broad scope to test out the baseline ISO 160 sensitivity, right through to the higher ISO 12,800 setting when shooting a vase of flowers in the dim-lit (off public limits) basement at the property.

Low-light will show some grain, of course, but it’s not overwhelming by any measure and even the four-figure ISO settings are really clean looking. But daylight is where things really shine, those lower settings giving real clarity. 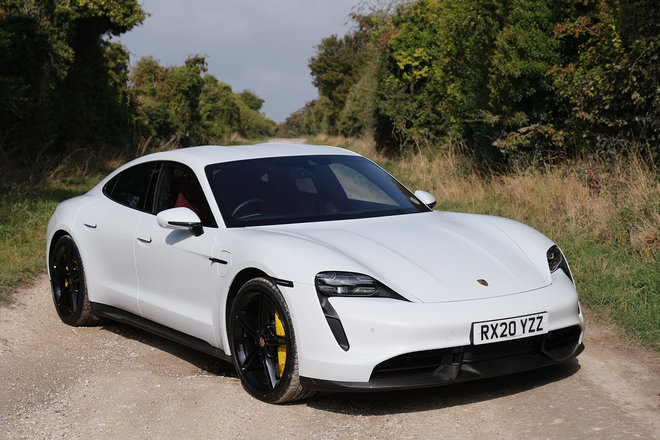 We’ve always praised Fujifilm for its image quality prowess, a trend that the X-T4 continues. It’s done our various car shoots a treat in terms of exposure, colour balance, scale and detail.

No, it’s not more resolute or more advanced than the X-T3, which some will see as a downer, but as that camera was already accomplished you’re really looking to buy this newer model for its better battery, faster burst rate and improved image stabilisation (although it’s a marginal improvement in that regard).

The X-T4 has also clearly been engineered with the videographer in mind. Not only on account of the better battery and removable SD card door, but also the dedicated movie mode, which is activated via a physical switch beneath the shutter speed dial atop the camera.

Moving this switch over to ‘Movie’ means you get a dedicated Q Menu, which is accessible during shooting and means silent adjustment of modes is possible using the touchscreen. The physical dials will also work, but if you want to avoid the physical motion and clicking sounds then this is one way around it. 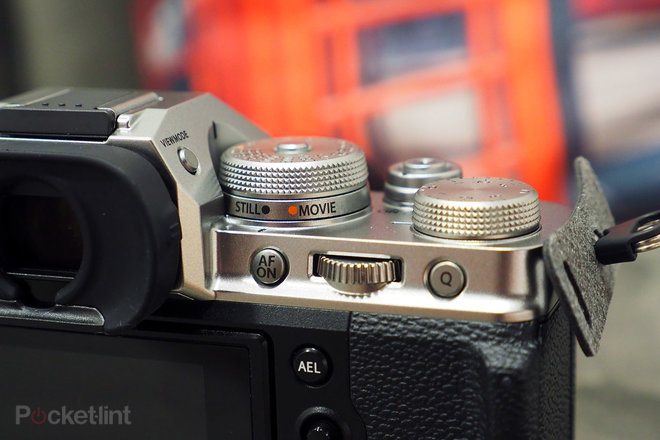 The frame-rate possibility has also increased, with Full HD (1080p) now available at up to 240fps. Some would call that slow-motion to one eighth the speed of a normal 30fps capture. The X-T4 is also 4K capable, offering 60fps in this Ultra-HD mode (just like the X-T3).

All this adds up to a much more accomplished and movie-focused device, in an attempt to outsmart the Panasonic and Sony options on the market. That said, with the likes of the Panasonic Lumix S5 now available, we think the competition has a slight edge.