As we get closer to 5G networks on our cell phones, it’s essential to have speeds that are faster than that when we are at home. Wi-Fi 6 (802.11ax) has arrived and promises speeds of up to 10Gbps by combining those 2.4GHz and 5GHz bands to provide a better experience. The next cog in the wheel is finding the best Wi-Fi 6-compatible router, and we have found the best ones for you to consider. 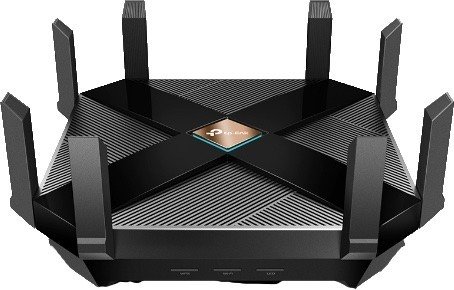 If you are looking for a regular router, chances are you’ve taken a look at some of the offerings from TP-Link. The company has moved into the Wi-Fi 6 era with the AX6000 router. This router includes eight antennas attached to the base which aims to provide a “powerful” Wi-Fi signal throughout your home, without needing additional routers. 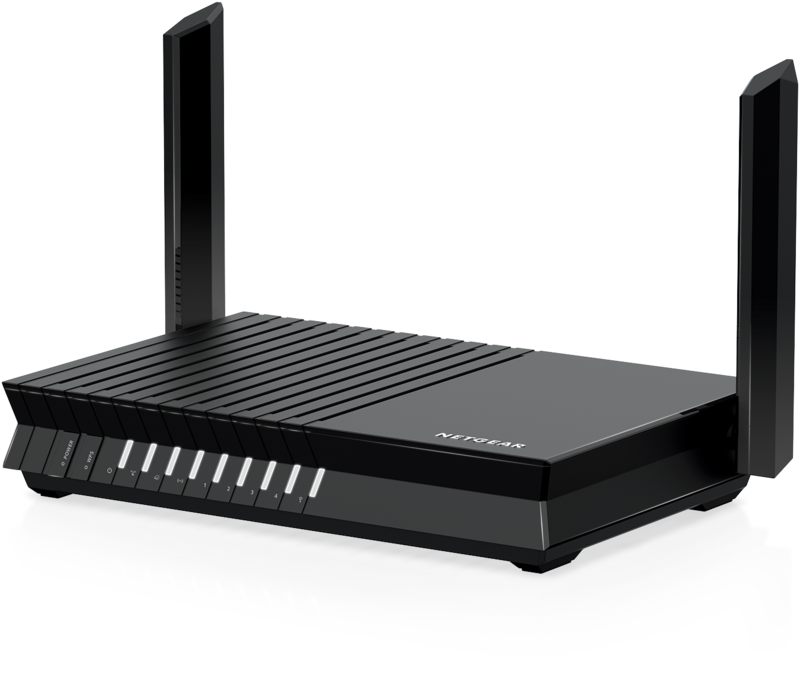 Let’s face it, most people don’t need a ton of Wi-Fi speed but that doesn’t mean they won’t benefit from Wi-Fi 6. The Netgear 4-Stream WiFi 6 Router is one of the first and most balanced entry-level Wi-Fi 6 routers. With four Gigabit Ethernet ports and dual-band AX1800 wireless speeds, this router can still enough speed for most people including 4K streaming. If you need more speed, there are plenty of options but for most people, this is a great balance of features. 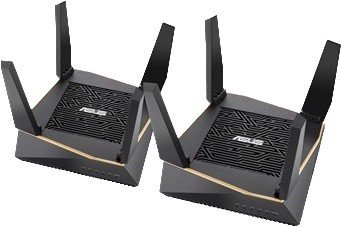 Mesh networks are all the rage, and what better way to take advantage than with the ASUS AiMesh AX6100 System. This combination includes two RT-AX92U routers, making it possible for you to intertwine your network so that it covers that entire home. ASUS also includes AiProtection Pro, which is touted as being “commercial-grade” network security to manage your family’s usage, while staying protected. 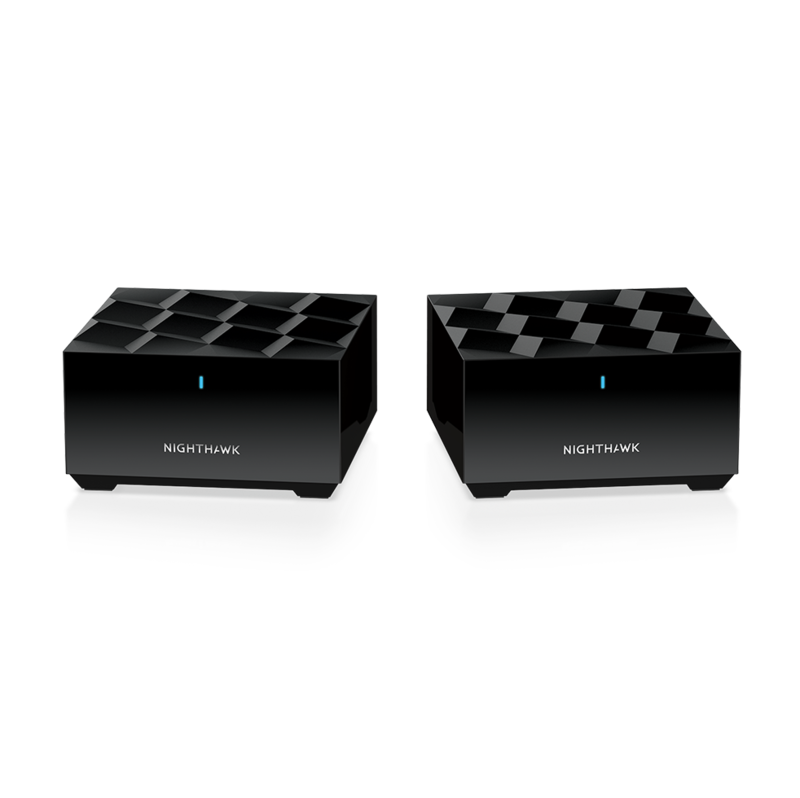 One of the most important specs about the Netgear Nighthawk Mesh WiFi 6 System (MK62) is the physical size. While Wi-Fi 6 mesh systems have been around for a while now, this system’s compact 4.8-inch by 4.8-inch footprint helps this mesh fit in nearly any room. The speeds come in at a reasonable AX1800, which is enough for most standard users. Each unit has a vacant Gigabit Ethernet port so you can still keep your wired devices online. 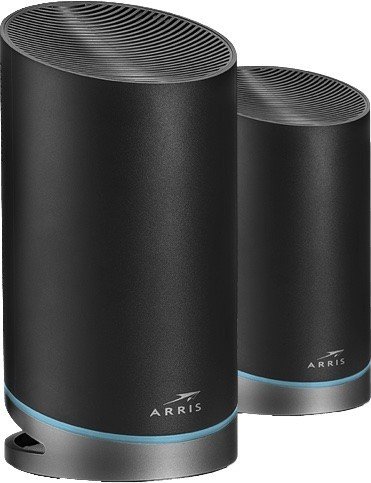 ARRIS has been around for quite a while, and the company is jumping on the Wi-Fi 6 train with the SURFboard mAX Pro. This mesh Wi-Fi system is compatible with Alexa to enable guest Wi-Fi and covers up to 3,000 square feet of space in your home. 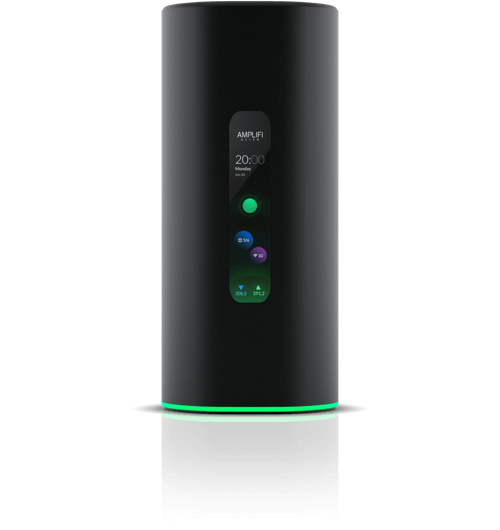 The AmpliFi Alien from Ubiquiti is focused on the mesh with an 8×8 antenna system that can deliver plenty of bandwidth to devices as well as other mesh nodes. With up to AX7800 speeds on two 5 GHz bands and one 2.4 GHz band, the Alien should have plenty of speed to spare. All internal antennas and a color display on the front of the router keep it sleek and attractive. You also get four Ethernet LAN ports built-in. 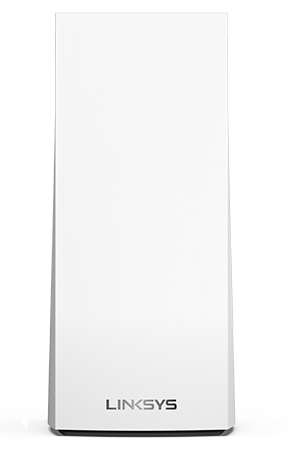 The Linksys Velop MX5 is a capable starting point to a Wi-FI 6 mesh network with four Ethernet LAN ports and a USB. Three Wi-Fi bands combine for AX5300 speeds allowing for fast streaming for years to come. This router also brings WPA3 in a mixed mode. This is the fastest Velop router with great coverage and easy expansion with one or more routers. 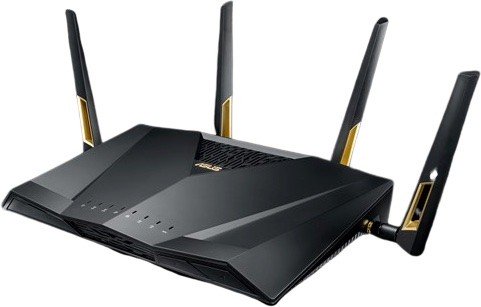 In addition to supporting the next-gen Wi-Fi 6 standard, the ASUS RT-Ax88U includes four antennas and 8 LAN ports. This router is also compatible with the ASUS AiMesh Wi-Fi system so that you will get the fastest speeds from anywhere in your home. 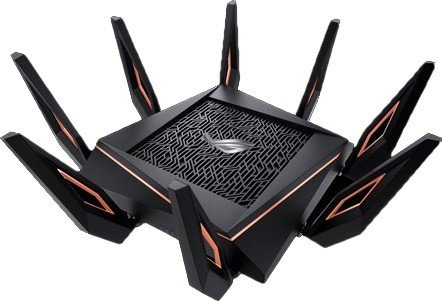 This router may look like something out of a horror movie, but the only thing that you should be scared of is how fast your internet is going. In addition to Wi-Fi 6, the Rapture AX11000 includes RGB lighting to complete your ultimate gaming setup, along with four (4) Gigabit LAN ports. 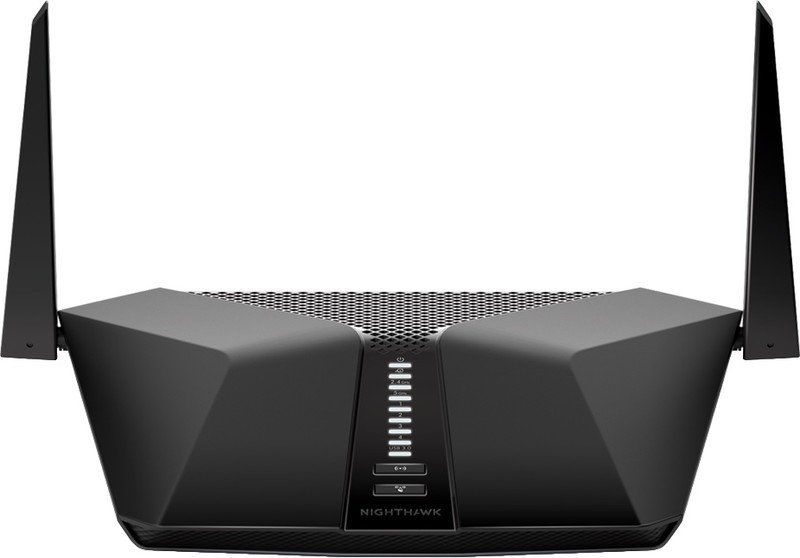 NETGEAR’s Nighthawk AX4 is perfect for those who want to get their toes wet in the world of faster Wi-Fi. The AX4 includes four Gigabit ethernet cables, along with a single USB 3.0 port, and the primary WAN cable port. This router is recommended for small to medium homes and should provide fast Wi-Fi across the board. 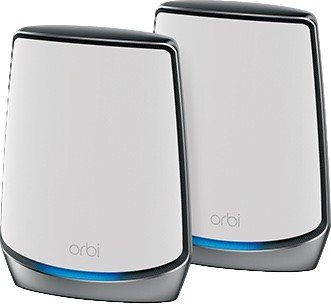 You can finally remove all the Wi-Fi dead-zones in your home with a mesh network and, luckily, the Netgear Orbi also takes advantage of Wi-Fi 6. This Mesh System will cover up to 5,000 square feet in the home, along with providing access to up to 60 devices at once without slowing down.

Faster Wi-Fi speeds for all

Lately, Wi-Fi 6 has made its way into a wide range of routers from hyper-fast muli-gig gaming monsters into the sort of thing most people would buy. Thanks to this, it’s possible for someone to get a great Wi-Fi 6 enabled router in most price points. If you want to get ahead of the curve and future-proof your home, you won’t find a much better value than the TP-Link Archer AX6000 with its fast speeds and robust wired options.

Something else to consider when attempting to keep your home covered in Wi-Fi is a mesh network. That’s where the ASUS AiMesh AX6100 System comes into play, as it includes two RT-AX92U routers. This allows you to provide stable Wi-Fi across the whole home with AiMesh software while keeping your data protected with the help of AIProtection Pro security updates.

Should you buy a mesh Wi-Fi 6 solution?

Mesh Wi-Fi is a great way to increase coverage but it offers a bit more than just square footage. Carefully placed mesh nodes can build a strong network even in challenging conditions such as a home with concrete walls or around an HVAC system that causes interference. A mesh with Wi-Fi 6 can have a stronger connection to each node with less of a chance for interference.

Still, a lot of people don’t need a mesh system at all depending on the size of their homes. If you do find that a single router just doesn’t cut it, a Wi-Fi 6 mesh system will be more capable than one based on Wi-Fi 5. Still, starting with a mesh capable router gives you the option to expand down the road.

Is it worth paying a premium for Wi-Fi 6 right now?

Wi-Fi 5 routers have gotten pretty fast and for most people today and the next couple of years, there won’t be a huge improvement in the user experience getting a Wi-fi 6 router. The main reason to go to Wi-Fi 6 with your new router is to ensure it will work as well as possible with new devices over the next few years.

If you have a fast Wi-Fi 5 router that isn’t slowing you down, there isn’t much reason to ditch it just yet. If you do need a new router today, a Wi-Fi 6 compatible device will keep speeds high and interference low much further into the future.