It seems that Samsung is really ready to go all out on its next generation of wearables powered, not by its own Tizen OS, but Wear OS by Google. In addition to making a big splash about the new user experience that will arrive with the merger of One UI and Wear OS, we have also heard about at least two smartwatch models that will be available in various sizes or configurations. One of those will apparently be called the Galaxy Watch 4 Classic, and, based on these leaked renders, it will be giving that name its due.

Samsung’s smartwatches have undergone several big design changes since the first Android-powered Samsung Gear, but one feature that has been a staple among most of them is the rotating bezel. Mimicking the same dial on sportswatches, the control mechanism became a defining feature among Samsung’s smart timepieces.

It almost seemed like Samsung was going to ditch that rotating bezel when it started skipping the feature for some generations. The recent Galaxy Watch 3 did have one, and, according to Android Headlines, it will also be on this so-called Galaxy Watch 4 Classic. That rotating will be joined by two buttons on the same side of the watch’s frame, again a staple design element for Samsung’s wearables.

The leak shows the smartwatch in four color options of Silver and Black bodies paired with Black, White, and Gray straps. Compared to what the Galaxy Watch 4 Active leaks claim, the color option for the Galaxy Watch 4 Classic is fewer. It will, however, come in three sizes of 42mm, 44mm, and 46mm, giving buyers plenty of options to choose from. 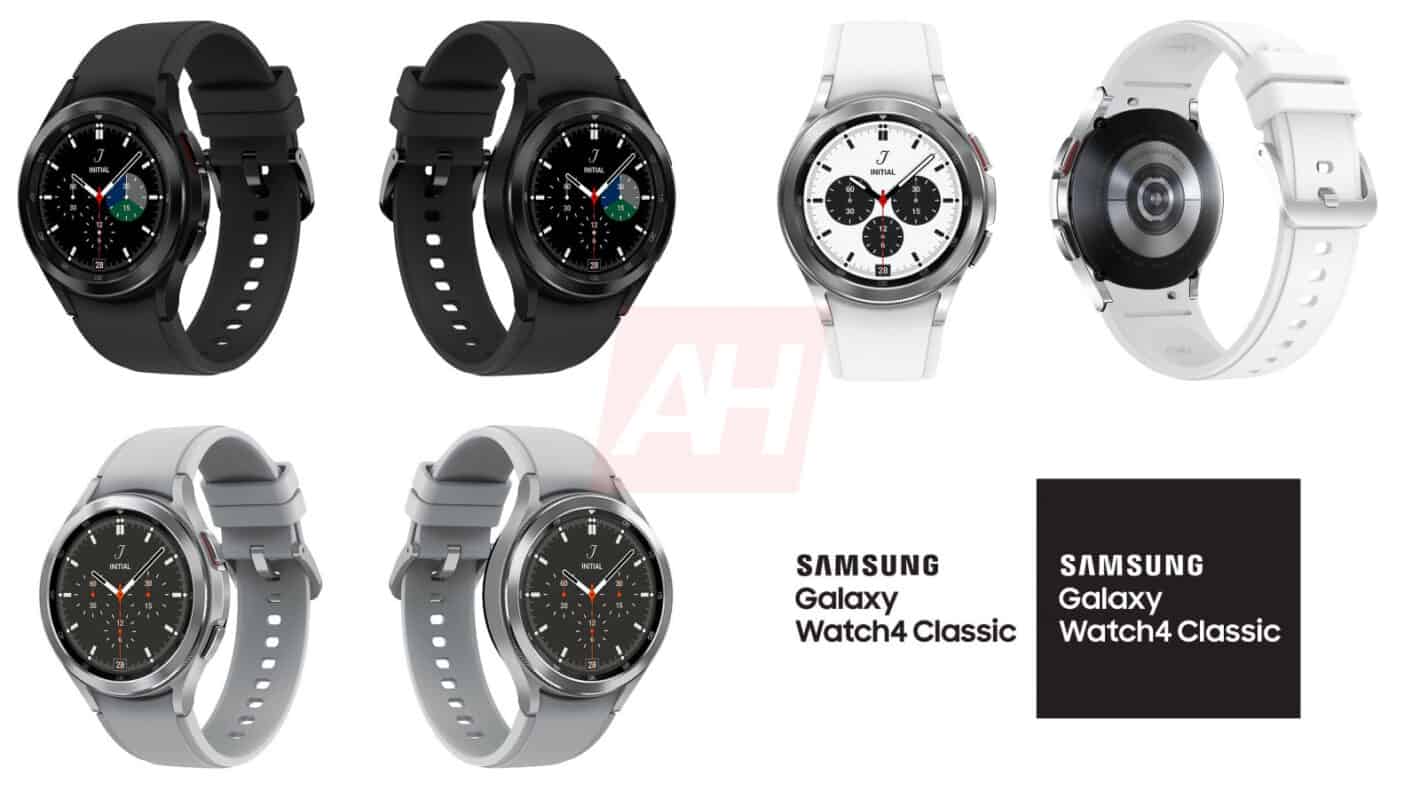 Little is known about the internal specs of the smartwatches, but the leak claims it will use Gorilla Glass DX and DX+ for stainless steel and aluminum models, respectively. Samsung already teased that the full announcement will take place at its next Unpacked, which other leaks suggest will happen on August 3 at the earliest.