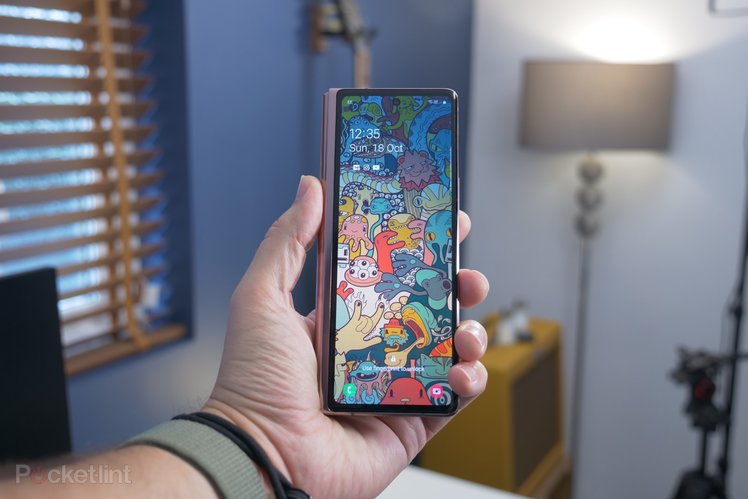 Samsung is planning on implementing an under-display camera in its next Galaxy Z Fold device according to one well-known leaker.

The leak comes from a Twitter tipster with a proven track record for revealing phone details in advance. In the tweet, @UniverseIce says that he believes the next Fold will come with a ‘UPC’ (Under Panel Camera).

Samsung wouldn’t be the first company to launch a phone with an invisible camera under the display, of course.

ZTE got there first with the Axon 20 5G, but its implementation wasn’t perfect, leaving a visible distortion over a small portion of the display. What’s more, the quality of the image from the hidden camera was understandably quite poor.

One would hope that with Samsung offering the Fold series at a much more premium price than the ZTE phone, that it wouldn’t feature any of the noticeable disruption to the display and would take selfies with much better results.

As for Samsung, it wouldn’t be all that surprising if the company did roll out the tech to phones. Having announced that it plans to build OLED displays for laptops with under-display cameras at CES earlier in 2021.

There’s also the fact that the Fold series is now very much the peak of innovation in smartphones from the Korean tech giant, so to have such a new technology in any other phone range before it wouldn’t make too much sense.

Not a huge amount is known about the Galaxy Z Fold 3 yet, but it’s expected to appear at some point later this year, likely in the summer. July has been touted as a possible launch month.

It’ll likely have the same form factor as the Z Fold 2 with a book-style fold and a smaller secondary display on the outside. We suspect a Snapdragon 888 chip will power it and that it’ll have plenty of RAM and storage.

For up to date news and rumours on the Fold 3, head on over to our dedicated feature.