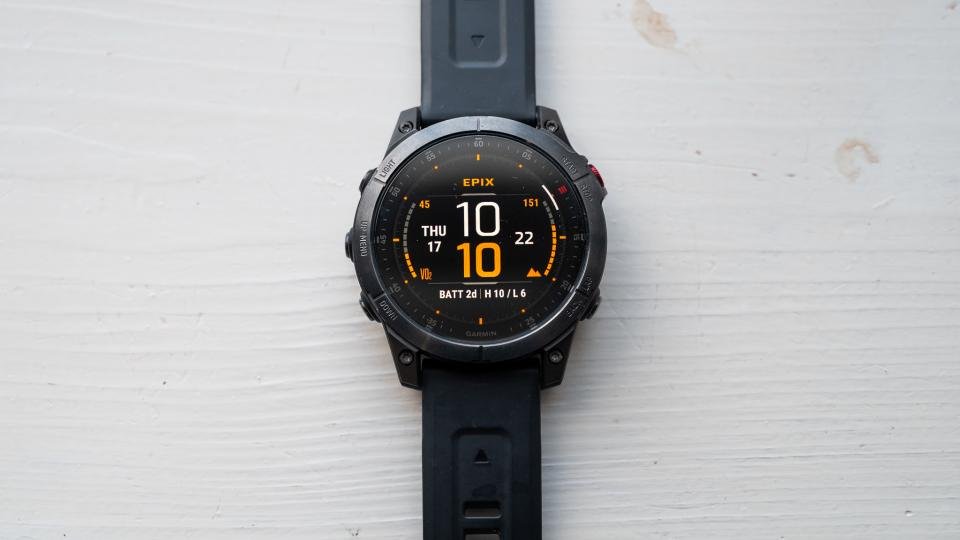 With a fantastic AMOLED touchscreen, the Epix is a do-it-all smartwatch for those with active lifestyles and deep pockets

The Garmin Epix (gen 2) is a perfect, no-expense-spared hybrid of the Fenix 7 and the Venu 2 Plus. That is, it takes the features and ruggedised design of the Fenix range and partners them with one of the bright, colourful AMOLED displays which first debuted in the Venu series.

If money is no object and you don’t mind having to charge your device more regularly, there’s no question that the Epix is the best multisport watch Garmin has ever made. However, if you’re a keen endurance athlete or on a strict budget, the Fenix range is probably still the one for you.

Garmin Epix (gen 2) review: What do you get for the money?

The Epix is a very expensive watch, even by Garmin’s standards. Starting at £800 for the steel variant without sapphire glass, it’s £200 more expensive than its Fenix 7 (£600) counterpart. Thankfully, the range is simpler than the Fenix series with the Epix coming in just one 47mm size. 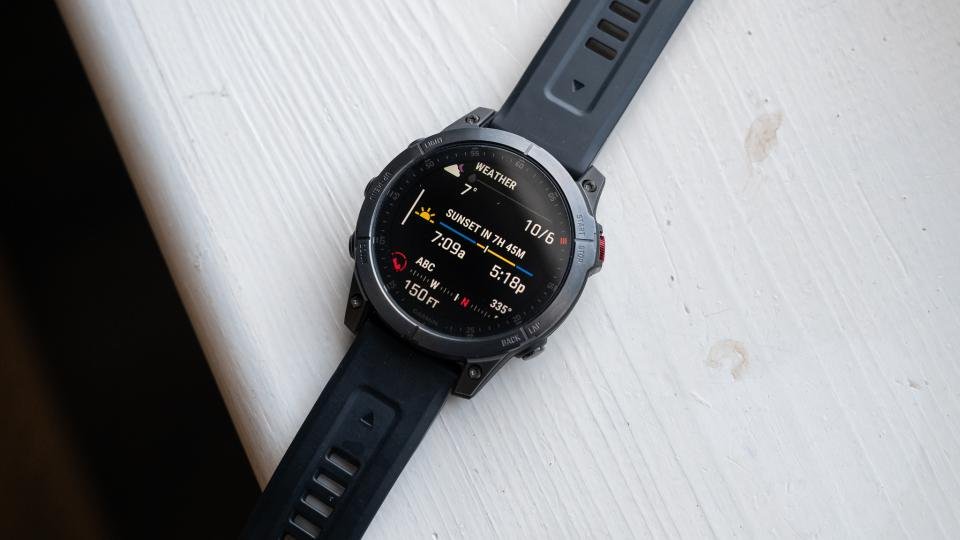 The 1.3in 416 x 416 pixel AMOLED display is undoubtedly the standout feature of the Epix and the reason to buy it over a Fenix 7. It’s bright, colourful, sharp and lovely to look at. However, those strengths are not without trade-offs and the main one is that battery life takes a sizable hit.

If you’re happy to have the display only spring to life when you lift your wrist, Garmin claims the Epix can last a very respectable 16 days. If, however, you decide to set it to always-on that figure drops to 6 days. Use GPS extensively and it’ll likely need plugging in for a charge after 5 days or fewer. By comparison, Garmin claims the Fenix 7 can last 17 days between charges.

Besides the display and battery life, this watch is more or less identical to the equivalent-sized Fenix 7, at least in terms of features. If you opt for the Sapphire variant, then, you benefit from support for multi-band global navigation satellite systems, which Garmin claims delivers improved accuracy when satellite signals are weak or reflected (for instance, in cities with tall buildings).

Crucially, whichever variant you choose, you can now also access Garmin’s topographic maps from all over the world at no extra cost, where you previously had to pay for additional regions. And, as with the Fenix 7, one major perk is that the Epix has a touchscreen, so you can interact far more easily with those maps. If you prefer to use buttons, the touch function can be disabled from the watch’s main menu.

There are a host of new fitness-related features, too. In addition to using Garmin’s new Elevate gen 4 sensor, there’s now a RealTime Stamina feature that estimates how much energy you have in reserve based on previous workouts, so you know how hard you can push it during a run or ride without bonking.

There’s no LED flashlight as you get with the Fenix 7X (although you can use the display as a flashlight by double pressing the light button) and there’s also no solar functionality, as you get with Sapphire Solar versions of the Fenix 7. That means you can’t extend the watch’s battery life beyond enabling its battery-saving features (which work by disabling the screen and/or other features).

As you’d hope for a watch costing this much, the Epix comes with a raft of smart features including GarminPay, Wi-Fi connectivity and music playback. The latter means you can store Spotify, Deezer and Amazon Music playlists offline and listen to them when you don’t have your phone around. Sadly, however, Garmin Pay is only really a perk if you’re lucky enough to use a bank that supports the service.

Although I’ve never taken issue with the 5-button system that Garmin employs on its rugged outdoor watches, there’s no doubt that a touchscreen is one of the best additions to Epix (and indeed the Fenix 7). Interacting with the watch’s widgets via swipes and taps feels more natural than multiple different button presses, and that’s especially true when using maps. 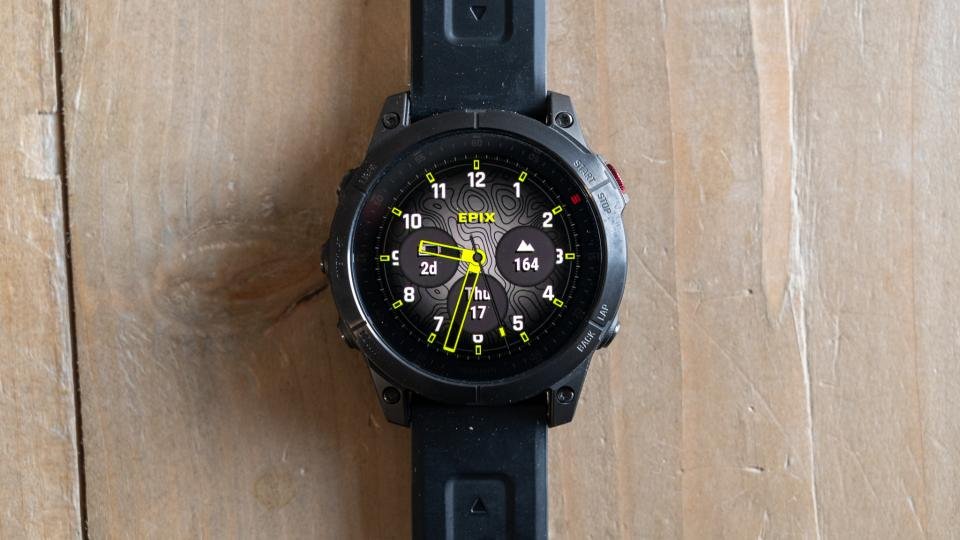 Where previously you’d have to go through a rigmarole of different button presses to jump between pan directions and the zoom function, you can now simply swipe to move around the map and tap the on-screen buttons to zoom in and out. In terms of usability, it’s night-and-day and, in my experience, means you’re more likely to use the watch’s powerful navigation tools in the first place.

What if it’s pouring with rain or you’re wearing gloves, you might ask? That’s not a problem since you can disable touch controls altogether and simply use the Epix as you would have done had it not had a touchscreen. There really is no compromise in that respect.

As for the display, while I didn’t find the addition of an AMOLED display transformative at first, it’s only when I went back to using a Fenix 6 Pro that I realised how dull and lifeless it looks by comparison.

For a long time, Garmin’s memory-in-pixel (MIP) displays seemed the perfect solution if you wanted a watch that had great battery life and was easy to read both indoors and outdoors. However, the launch of the Epix Gen 2 feels like it might well spell the end for MIP displays in Garmin’s high-end devices. After all, the Epix has enough battery life to last multiple days between charges while also tracking multiple hours of GPS activities, which is more than enough for most people.

Importantly, you won’t find the same feature set and performance in another AMOLED smartwatch, either. Samsung and Apple’s latest-gen smartwatches offer an impressive array of third-party apps, but don’t come close to the Epix when it comes to native sports and fitness features or battery life.

While on the subject of features, it really is difficult to do justice to the sheer amount of sports-related features that you get with the Epix. In addition to all the usual staples such as hiking, running, cycling and swimming, there are modes for triathlon, multisport, trail running, and strength training along with water sports including kayaking, surfing, kiteboarding and more. 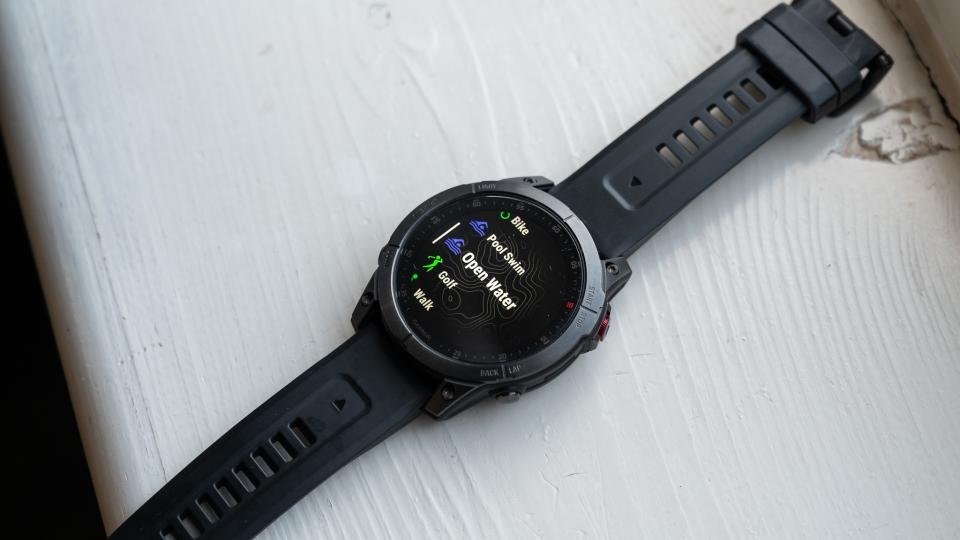 As with Garmin’s Vivoactive and Venu watches, you benefit from superb features such as Garmin Coach, which generates personalised training plan for you for 5k, 10k and half marathon distances, as well as on-screen animations that can help guide you through cardio, strength, yoga and Pilates workouts.

For more serious athletes, Epix’s feature set is just as impressive. The watch supports detailed training plans, offers insights into your training load and VO2 max, and advises you on how long to recover before embarking on another workout.

Last but not least, the Epix is an accomplished golf watch and comes pre-loaded with 42,000 golf courses, so that it can give you insights into distances to the green and obstacles on the course.

With the Epix using exactly the same hardware as the Fenix 7, it came as no surprise that it performs very well as far as GNSS and heart-rate accuracy are concerned. In my early tests with multi-band GNSS enabled, the Epix produced notably more accurate traces of my path than the Fenix 6 Pro that I used as a control in built-up areas of London.

Even without multi-band GNSS enabled, the Epix always measured total distances within 1% or less of those recorded by a speed sensor that I paired with an Edge 830 computer during rural bike rides. Heart rate accuracy was similarly impressive, although you’ll get the best results when walking and running rather than cycling, because vibrations through the handlebars can wreak havoc with optical sensors.

Garmin Epix (gen 2) review: How can it be improved?

I don’t have any major gripes with the Epix but it’s worth flagging that one small downside to the touchscreen is that the glass can become smeared with fingerprints – something which isn’t an issue with older non-touch devices.

On the subject of buttons, I’ve also noticed that those on the Epix can behave rather strangely when compared with the Fenix 6 Pro that I’ve used for a couple of years. Their movement and “clickiness” appears to vary, with their travel sometimes feeling much more restricted than at other times. 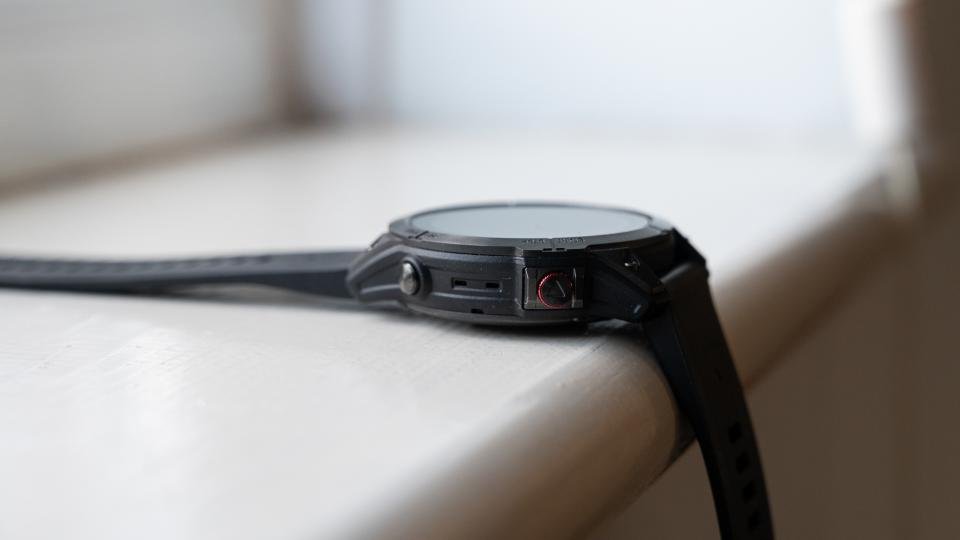 I’m not the only person to have noticed an apparent softness in their feedback but the Start/Stop button seems to be most regularly affected, so it’s possible this might be a result of an intentional change in design. I’ve queried this with Garmin and will update my review as soon as I hear back.

The main other shortcomings of the Epix are ones that you’ll be familiar with if you’ve owned any high-end Garmin smartwatch in recent years – namely, that Garmin Pay isn’t widely supported, and that the Garmin IQ app store will leave you distinctly underwhelmed if you’re expecting anything akin to the app choice you get with an Apple Watch.

Otherwise, it’s not so much about what Epix could do better as opposed to whether it’s the right watch for you. The sapphire Epix’s £800+ price tag is more than double that of the Apple Watch 7 (£379), which is very expensive indeed. At £600, the steel Fenix 7 still isn’t cheap, but it feels significantly more palatable considering the feature set is more or less identical.

Garmin Epix (gen 2) review: Should I buy it?

The Epix is wonderful, but it’s just too expensive to earn a Best Buy award. Indeed, whether the extra outlay over the Fenix 7 is necessary is open to debate. From a practical standpoint, it’s very difficult to find fault with the Fenix 7’s MIP display, and otherwise it’s every bit as capable.

If money is no object, however, then the Epix is a truly astounding bit of kit that I’d have no hesitation in recommending. If you want the best sports watch that money can buy, this is most definitely it.