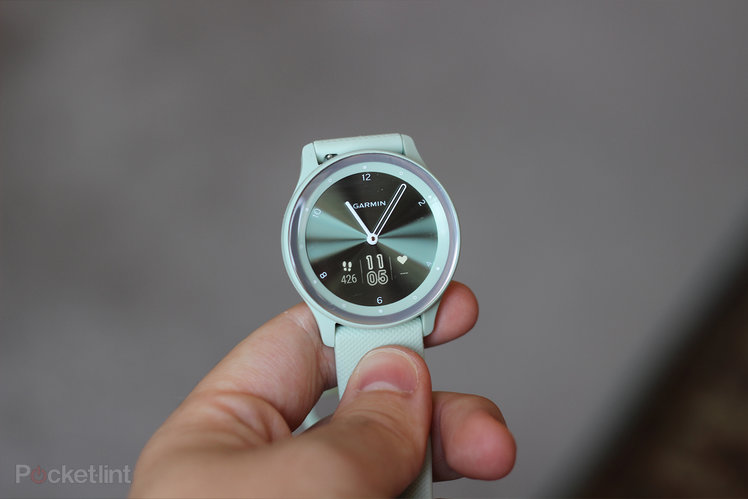 We’re smartwatch converts – as if that would be a surprise to anyone reading a tech site – but it’s fair to say that there are still plenty of people out there who don’t necessarily want a full always-on display on their wrist. Often those people instead want a traditional watch face, including the physical hands.

Hybrid smartwatches cater to this school of thought perfectly, offering looks that are often very traditional, while squeezing in tracking sensors to bring a load of benefits as you’re working out or going about normal life.

One such product is the Vivomove Sport, which offers Garmin’s great tracking features, complete with physical watch hands and a semi-hidden display, all at a really enticing price point. Is it the best of both traditional and techy worlds wrapped into one?

The Vivomove Sport has a funky modern look about it. The various colourways available – there’s black, green, beige or brown – also present different styles, as each option has its own type of hour and minute hands. 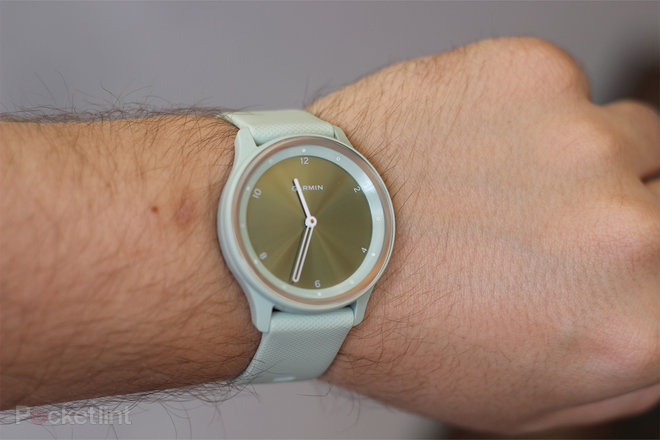 The mint green watch we’ve been testing has divided opinion a little regarding its colour, but we think it’s a pretty fun style that looks great – especially when the light catches on the reflective backing of the watch’s face – and the use of white for the numbering and hands works nicely.

You can swap out the watch straps easily, too, as they use the standard clasp, so it might be safest to opt for the more adaptable black watch face and choose your own straps if you’re thinking about a long-term purchase.

Hidden on the lower part of the face is a small OLED panel that displays some key stats when you raise your wrist, customisable to a few options that you can pick, whether you’re more interested in the date or your heart rate. 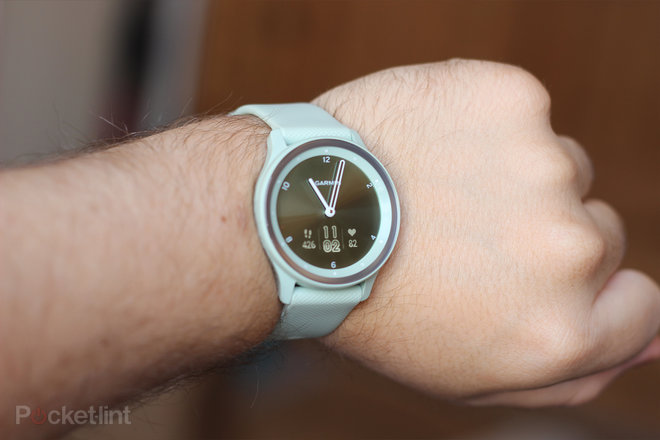 When you tap on that little screen, you can access more panels to either record some new information (like the fact that you’ve had a glass of water, for example) or see more data, and the hands on the watch will smartly move out of the way so that you can read without any barriers.

No, the design doesn’t scream ‘premium’, but it’s far from bargain-basement either. So while you won’t look like you’re flashing an expensive timepiece, the reasonable price tag Garmin has attached to this product means that’s fair.

A suite of tracking

The Vivomove Sport might not shout out that it’s tracking a range of metrics to help you keep on top of your bodily health, but on the back of the watch you’ll find the array of sensors that are enabling it all. 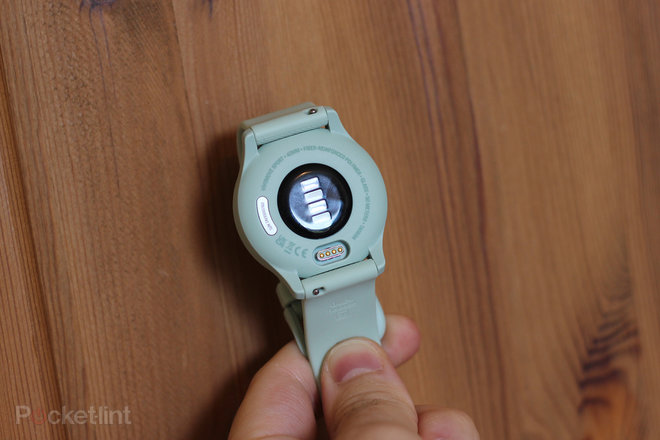 While the watch features a step counter that’s impressively accurate, it’s the heart rate tracking and activity monitoring that are likely to be the real draws for users looking to find out more about their levels of fitness and health.

The watch can also check your blood-oxygen saturation levels, which works with Garmin’s Body Battery system to give you an indication of how ready you are for a proper workout, alongside a stress monitoring system (that we found unlikely to correctly guess how we were feeling).

Overall, though, we found its tracking to be accurate and reliable – albeit without any built-in GPS, which is clearly a concession based on the price of the watch, so if you go out without your phone paired up then you won’t get any location-based information. 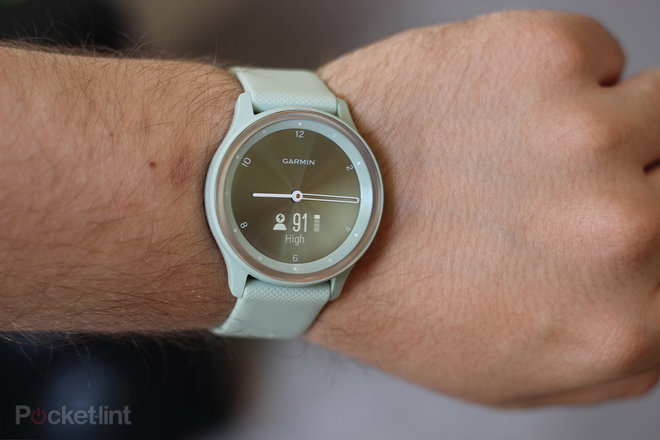 Having worn the Vivomove Sport for a few weeks, however, we’ve been able to glean a clear picture of our levels of activity and recovery. Comparing those with Apple Watch SE‘s stats recordings confirms the accuracy of the data.

One downside to the hybrid design of the Vivomove Sport, though, is that starting up an activity is fiddly – if you turn on auto-recognition you should get solid results, but we found it easier to toggle it into activity mode manually on our phone, which doesn’t feel all that swish.

Still, if you want a watch that’s more welcoming of your swipes and taps you might want to think about going the full smartwatch route in the first place since this minor issue is really inherent to this sort of design.

Moving from fitness tracking over to the productivity side of things and the Vivomove Sport isn’t as limited as you might think, with the ability to display messages from your phone as you receive them and to respond (so long as you’re an Android user).

Admittedly, the size of the Vivomove Sport’s display means you’ll struggle to read anything even slightly wordy, but it’s nice to have the option, and the notifications can be a useful prod to make you check your phone if you’re being absent-minded. 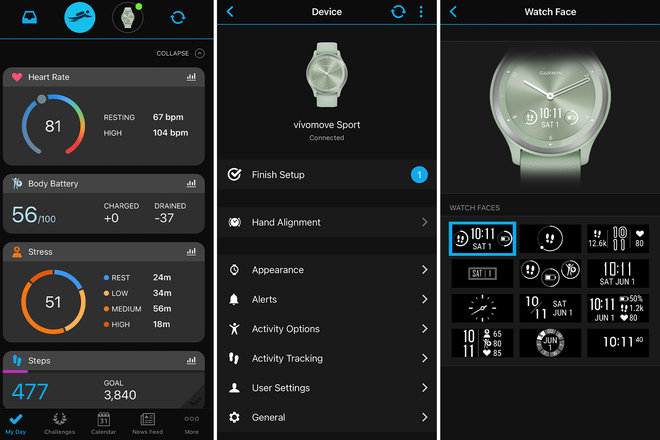 Battery life is also very solid, coming in at five days on average, which held up in our testing. This is far better than the likes of an Apple Watch, but given the small size of the Garmin’s display, we did hope for slightly better innings. That said, charging your watch once a week is hardly the biggest burden.

The Garmin Connect app is where you’ll manage your watch and check your data, and it’s perfectly functional, although a little less user-friendly than some other manufacturers’ efforts. Still, you’ll be able to check your stats and review your health data.

Plus, you can customise the watch face, make sure it’s aligned properly, and tune whether it gives you alerts, all making it possible to get the watch behaving exactly as you like. The only shame is that that watch face is occasionally a little unresponsive.