Apple has just reduced the length of the free Apple Music trial that it offers from three free months to one month free, but you can still get a free two month trial – even if you have taken advantage of a Apple Music trial in the past!

This isn’t the first time Shazam has offered free Apple Music trial – in the past we’ve seen five months free – but at the time of writing the deal is for two free months.

The good news is that we were able to take advantage of Shazam’s two months free trial despite having previously had Apple Music trials and being a lapsed subscriber.

All you need to do is download Shazam to your iPhone, iPad or iPod touch. You don’t even need to get the app to identify the song playing – you can find the Limited Time Only offer under your Recent Shazams. 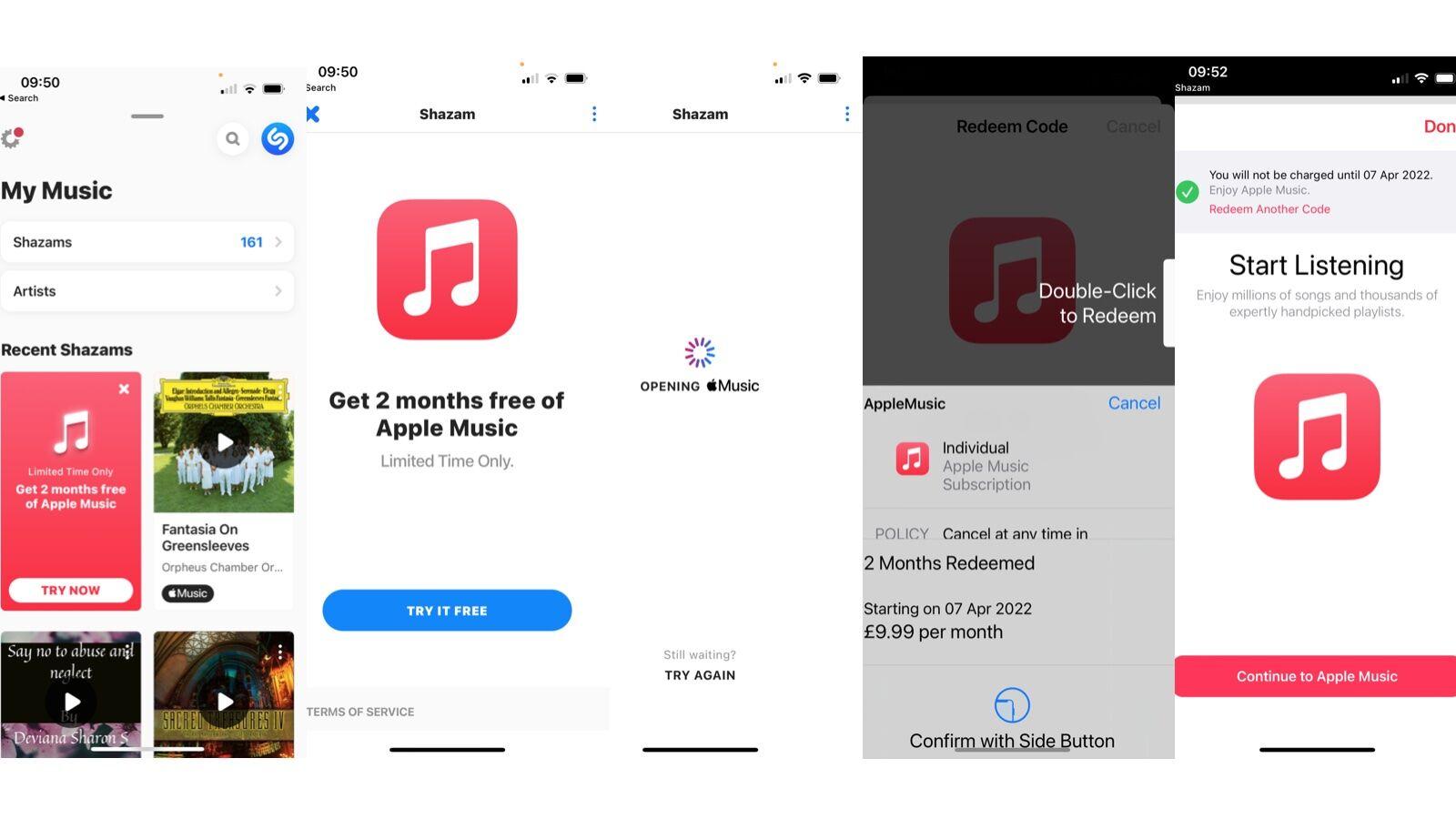 Previously all new subscribers to Apple Music could get three free months from Apple. Now that’s one free month. This doesn’t compare very favourably with Spotify, which offers new users a 60-day free trial, and a free ad-supported tier. But Apple does now offer a cheaper Apple Music Voice Plan for £4.99/$4.99 a month.

You can also get six month of Apple Music for free if you buy a HomePod, AirPods, or Beats headphones, but otherwise you can now only get one month free. Read more here: How to get Apple Music free.