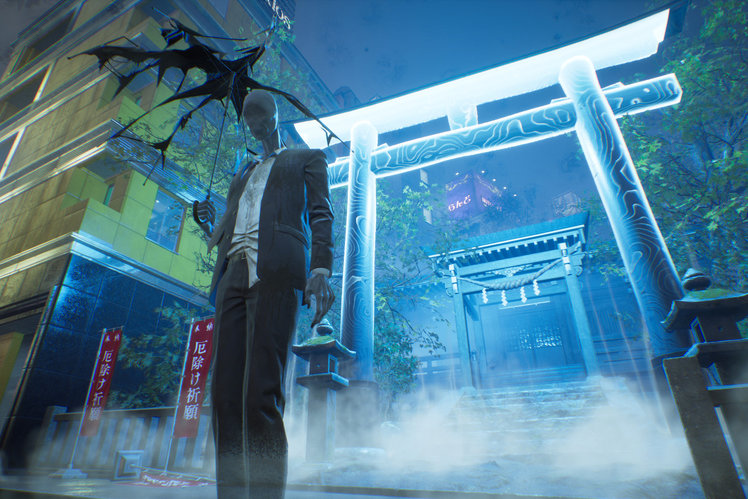 When Shinji Mikami launches a new franchise, you pay attention. That’s a fairly safe rule given his pattern of success, one that stretches back all the way to the original Resident Evil in his Capcom days.

Now, after the relative success of the more recent Evil Within games, he’s back with another new launch, in the form of Ghostwire Tokyo. It’s got the visual language of horror daubed all over it, but with a more explicit action-oriented flavour, and is another great slice of fun from the auteur.

Starting in the middle

Ghostwire Tokyo gets right into things, opening with protagonist Akito waking up having seemingly crashed on his way to see his sister in hospital. He’s been possessed by a spirit called KK who seems to want to control him, and Tokyo itself has gone all sorts of sideways.

The whole city has been plunged into a mass-scale haunting, with the spirits of its inhabitants being, well, spirited away by nasty demons and paranormal beings, all of it seemingly organised by a guy in a Hannya mask that KK might have previous with.

Akito and KK quickly work out it’s a good idea to team up, hoping to rescue Akito’s sister while doing something to help the thousands of spirits that are being left in limbo thanks to the haunting. 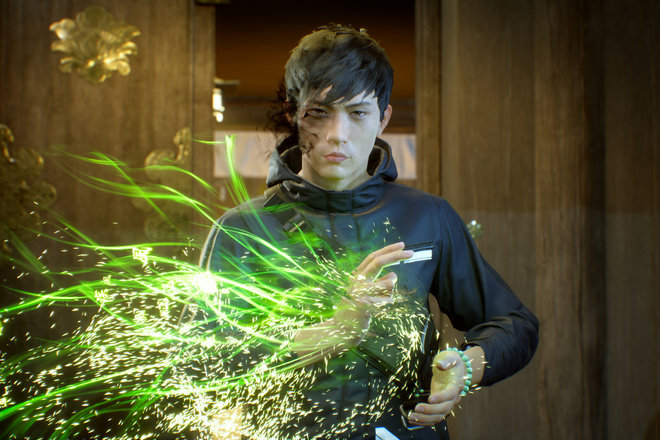 It’s a simple setup – but the game does take a little while to get things moving, with a lot of cutscenes in the first hour that rip you out of gameplay for minutes at a time. When it actually lets you take control more permanently, things start to pick up nicely.

As you wander through Tokyo chasing down leads you’ll come across a range of side quests that involve a variety of fun personalities, be they the spirits of the dead looking for closure or mysterious feline spirits hoping to sell you wares.

There’s a sense of humour running through it all, one that plays off the game’s scary visuals and moments of tension nicely. After all, with near-perpetual night to get through and a range of creepy spirits to fight against, Ghostwire Tokyo has all the trappings of a classic Mikami horror game. 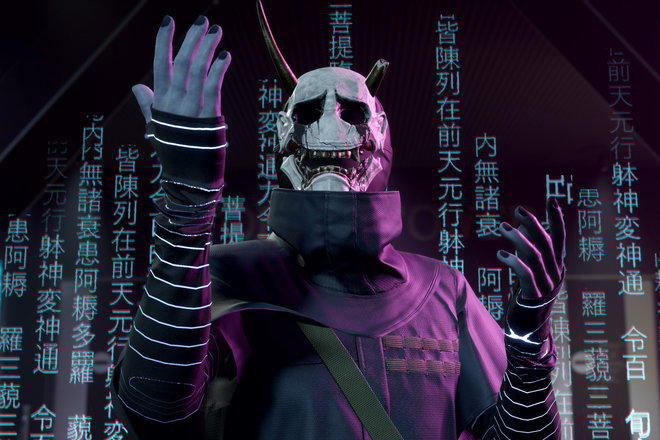 In the playing, though, it’s a weirder blend than that, with an emphasis on action that means you’re rarely genuinely frightened, even in the early stages when you don’t have access to many powers.

Those powers are quickly ushered into your hands, though, and let you take on nasty spirits with a variety of approaches. The core of your abilities falls under the banner of Spirit Weaving, in which you take charge of elements like wind and fire to shoot attacks at baddies. 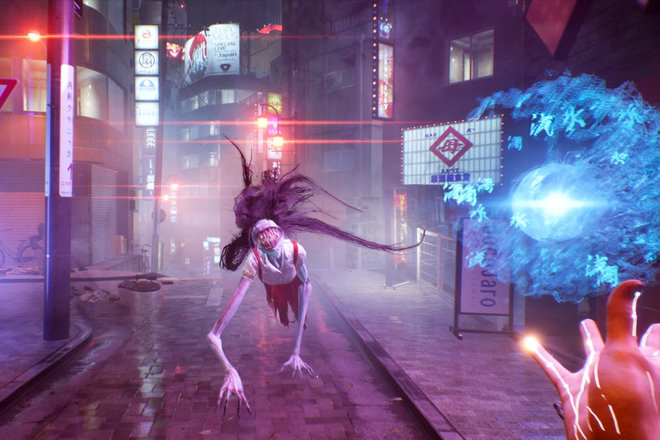 These are fairly kinetic and fun, with a soft lock-on system to help you aim an otherwise slightly sluggish reticle right at your target, and you can charge them up for more powerful attacks. As you unlock more elements you’ll juggle ammo types and swap between them plenty.

Each has its own colour scheme and the neon particle effects summoned are glitzy and look great in the rain-soaked dark of the city, while other pieces of equipment like a bow can help you pick enemies off from further away.

You can run and jump around the city in a number of ways, while the ability to grapple up to the rooftops using handily placed airborne spirits, giving a nice sense of verticality. You can glide down to the ground whenever you like, too. 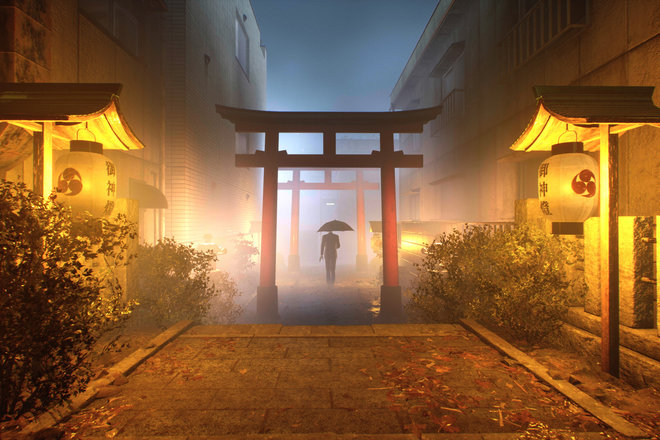 Ghostwire does also sometimes clamp down its open areas to funnel you toward objectives in a more linear fashion, using demonic fog to block off alleys and roads so that you can only go a couple of ways. This is fairly unobtrusive but can feel a little restrictive at times.

Outside of those moments, though, there’s a good amount to get through between missions, like cleansing shrines for fast-travel purposes, hoovering up spirits, and helping out those who need your assistance. Indeed, some of those side quests are genuinely diverting and have fun little stories to uncover, some of them suitably creepy to boot.

Ghostwire’s version of Tokyo looks great – but with one massive caveat that we have to tackle upfront: on PlayStation 5 (the game is a console exclusive for now) the game defaults to its ‘Quality’ mode, one of an astounding six different options you can cycle through for its graphical performance. 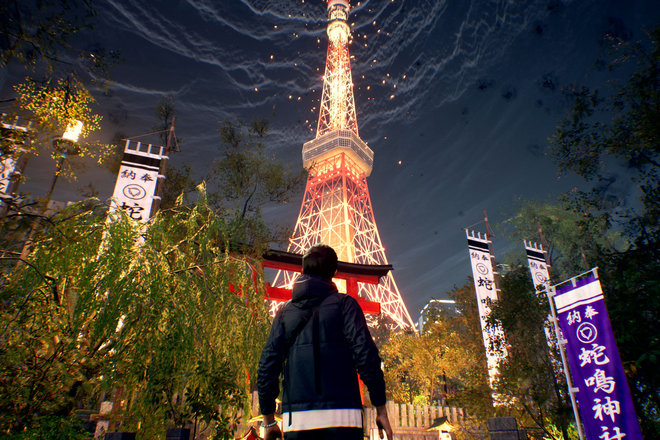 Quality mode offers ray-tracing with a 30fps limit; Performance mode lowers the bar to aim for 60fps; High Framerate Quality offers some better visuals but an uncapped framerate that fluctuates; High Framerate Performance is similarly uncapped and variable on the frames-per-second side; finally there are two modes repeating the High Framerate options for VSync-capable monitors to cut down on screen tearing.

It’s a wide array, and we get that support for VSync is a bonus for those who want to use it, but for most people playing on a normal TV the situation is a mess. Of the modes, only Performance gave us a satisfactory offering, with smooth enough gameplay and no screen-tearing. Every other mode either offered far too much framerate fluctuation, a consistently low framerate, or so much screen-tearing as to be distracting.

We’d certainly have advised Tango Gameworks to select Performance as the default, though, because once we settled on that option we were able to sit back and actually soak in a lovely neon-tinged vision of Shibuya under a fog of possession. 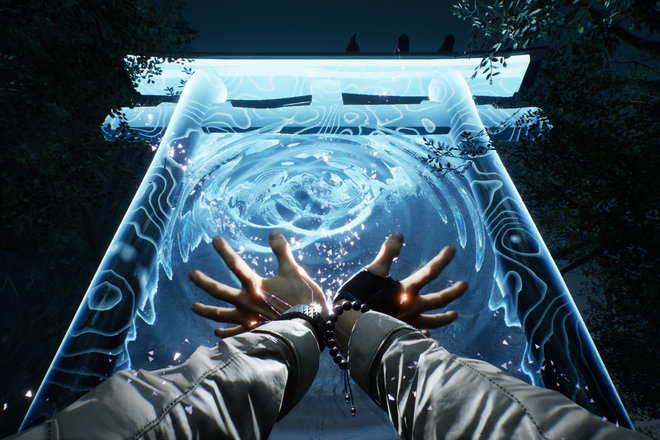 Outdoor environments look moody and well-lit, with bursts of colour from torii gates punching through fog and the darkness, while enemy designs are consistently unsettling and off-putting (even if you end up seeing a lot of the same ones repeated).

When you enter indoor environments it feels like stepping into a more linear and themed horror experience, with shifting environments and twisting dank hallways to creep through, providing a really coherent visual identity.

Sound design is similarly great, with creepy noises all over the shop, and the game uses the PS5’s DualSense controller well to give you subtle feedback and, at times, more overt shakes and booms.