Giara, the Reddit app for Gnome, released version 1.0. It’s now based on GTK4.

Giara is a free and open-source client for Reddit that runs on Linux. The software is written in Python 3 programming language. With GTK framework and libadwaita (formerly libhandy), it has a modern and adaptive user interface works on both desktop and Linux mobile devices. 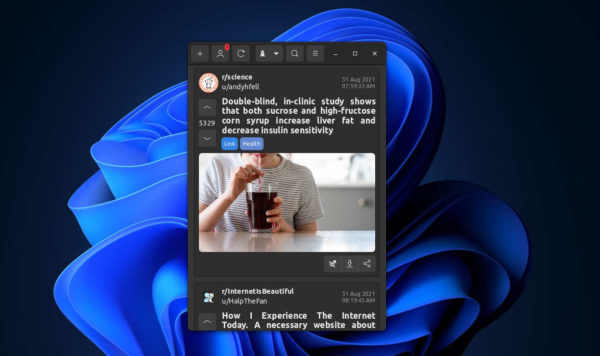 The new release moves to GTK4 and libadwaita (the GTK 4 port of libhandy), makes the UI more modern. However, due to outdated system libraries the PPA package (unofficial) will not update until Ubuntu 22.04 (maybe).

With built-in image viewer, the 1.0 release has new and improved picture view, adds support for picture galleries. The NSFW (not safe for work) images that involve nudity, sexual content, and so forth are now blurred.

Other changes include optimized post lists based on ListView, custom emojis in post flairs, many improvements and bug-fixes. 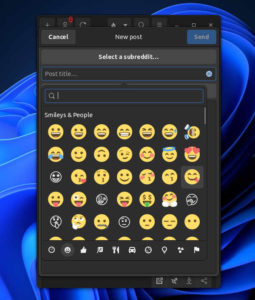 How to Install Giara:

For Arch Linux only, an AUR repository is available, while other Linux can install the app via Flatpak package.

Flatpak is an universal Linux package format runs in sandbox. It’s supported out-of-the-box in some distributins, e.g., CentOS, Fedora, Linux Mint, though it needs a separate daemon for running the apps.

And below will show you how to install Giara Flatpak in Ubuntu 20.04 and higher:

1.) Firstly, open terminal (Ctrl+Alt+T) and run command to install the daemon if you don’t have it:

Flatpak supports Ubuntu 18.04 and even Ubuntu 16.04, though you have to add the Ubuntu PPA first!

2.) Then add the flathub repository, the preferred place to get Flatpak apps.

Like normal apps, open it by searching from start menu and enjoy!

To remove the app, simply use command:

Remove the --delete-data if you want to keep the personal data for the app. And run command to run unused runtime which may free up more disk spaces.