Gigabyte has slipped up by listing a host of graphics card models that it hasn’t launched yet, and many feature GPUs that haven’t even been announced yet. The leak isn’t that obvious as Gigabyte / Aorus hasn’t uploaded and published product pages or anything so blatant. Rather, as an Nvidia partner taking part in the Watch Dogs; Legion / GeForce Now bundle giveaway promo, it has listed all its qualifying graphics cards. Squirreled away on the post-registration Gigabyte/Aorus giveaway page (requires registration), it includes a list of graphics card codenames like; GV-3060SEAGLE OC-8GD, GV-3070SGAMING OC-16GD, and GV-308SAORUS M-20GD.

Credit goes to the eagle-eyed VideoCardz, which unearthed the Gigabyte gaffe. If you didn’t already have a good sense of what has been revealed by the codenames, VideoCardz provides a helpful translation into typical Gigabyte model names, as follows:

The above are the standout codenames in the list of promo-qualifying cards as they are unannounced. We only officially know of the GeForce RTX 3080 10GB, for example, but Gigabyte clearly indicates that it has a 20GB model waiting in the wings. Similarly it looks ready to launch an RTX 3070 with 16GB, rather than 8GB, of VRAM. 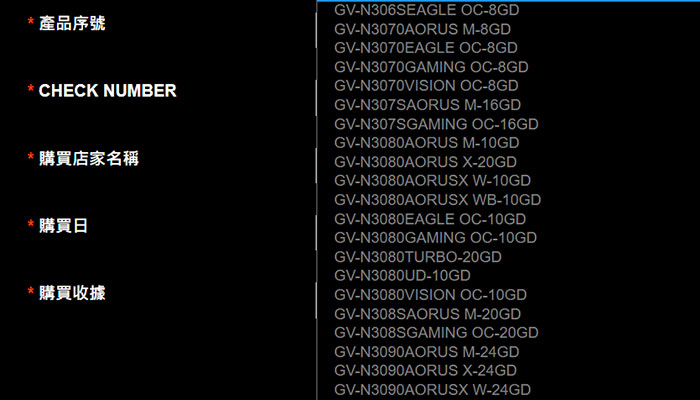 Moving down the stack, Gigabyte provides a firm indication that we should expect Nvidia to launch GeForce RTX 3060 Ti/Super cards in the not-too-distant future. The Watch Dogs; Legion bundle promotion T&Cs indicate that the giveaway lasts “until October 29, 2020 or while supplies last,” so we might expect these Gigabyte GPUs to launch at least a few weeks ahead of the cut-off date. 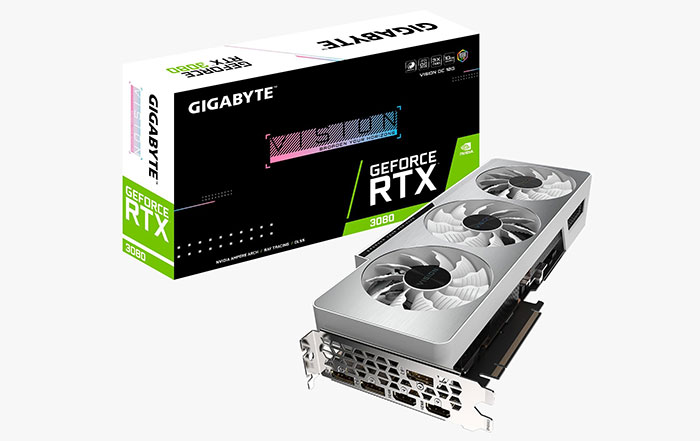 On the topic of whether the GeForce RTX 3060 cards will be Ti or Super suffixed, we previously reported upon expectations that a 3060 Ti GPUs would arrive sometime in October. A number of these Gigabyte RTX 3070 and 3080 model codenames include an ‘S’ but are only expected to differ only in VRAM quantity.