GIMP 2.10.22 was ready to download in its website last night. Release highlights in the new release inlcude: 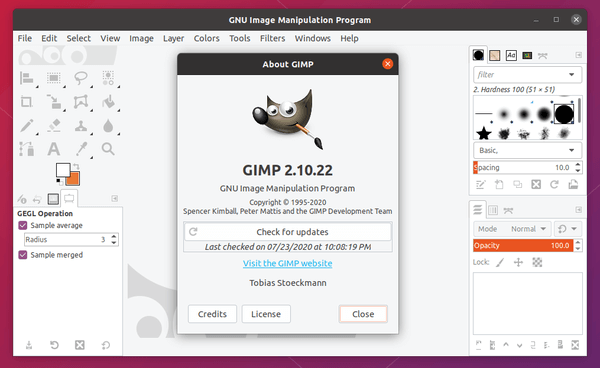 The GIMP flatpak is recommended for Linux, and you can get it in flathub repository.

For those prefer installing deb package via apt, the unofficial PPA contains the packages for Ubuntu 18.04 and Ubuntu 20.04.

1.) Open terminal from system application launcher. When it opens, run command to add the PPA:

2.) If an old version of GIMP .deb package was installed, upgrade it via Software Updater (Update Manager) utility. 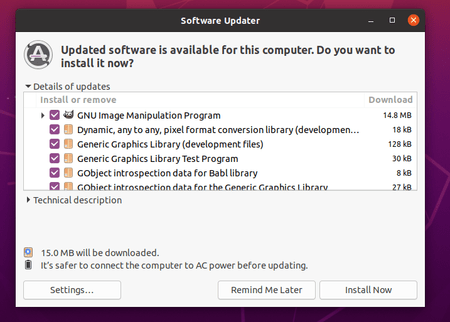 or run apt commands in terminal to install GIMP:

If an old version was installed, it’s recommended to run sudo apt upgrade which will also update the required babl, gegl libraries.

To restore GIMP to the stock version in main Ubuntu repository, run command to purge the PPA: