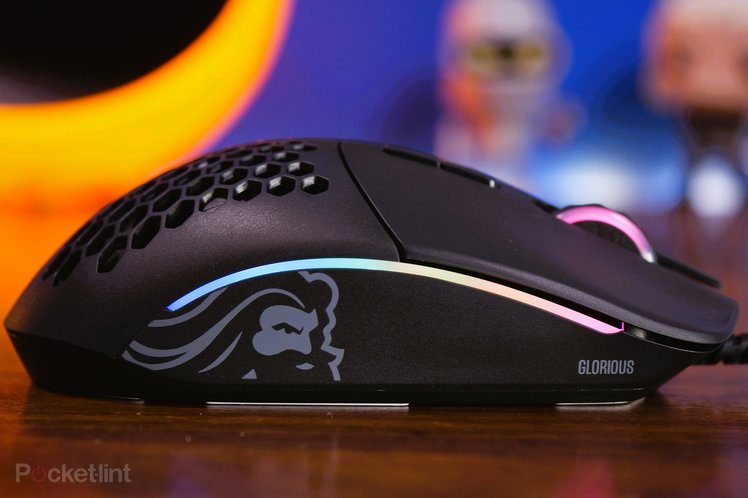 Glorious has plenty of affordable mice for PC gamers to consider, but the Model I is immediately appealing for a number of reasons – not just the price.

At first glance, we appear to have a feature-rich, lightweight gaming mouse with an ergonomic design akin to the popular Razer Basilisk Ultimate and the Logitech G502. These factors, coupled with that all-important low price tag, make it one of the more intriguing options in this competitive market.

What’s it like to actually game with, though, and how does it compare to like-minded competitors? We’ve been playing with it to find out.

The first thing that struck us about the Glorious Model I is its shape. It’s bigger than a lot of the other mice we’ve tried lately – both larger and longer – and so it naturally fits better in bigger hands. It has a pleasant ergonomic fit, too, with a sloping side and comfortable wrist rest. 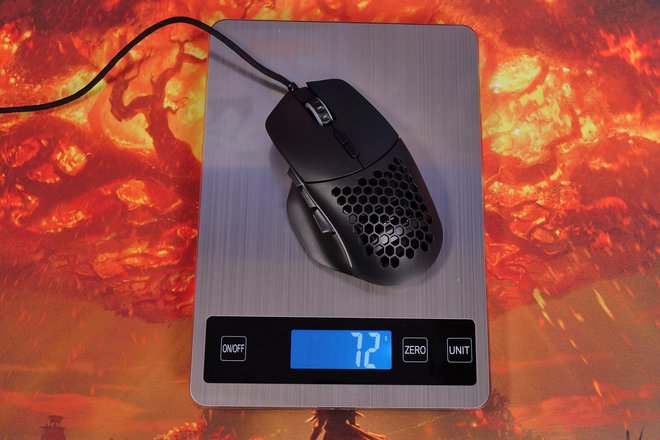 Naturally, this design means it only works for right-handed gamers, but it’s certainly comfortable – especially for the palm grippers out there.

Like other Glorious mice, it’s also full of holes in order to keep the weight down, and that means it weighs in officially at just 69 grams (with a little variance – ours was 72g, as shown above). It’s wired, but we found the attached cable is floppy, flexible and lightweight enough to ensure that you don’t really notice it when gaming.

The hole-ridden body makes it easy to grip onto, we found, as does the matte finish, which also doesn’t pick up too much in the way of oils or grime while you play. We’ve been using the black model during our testing, and certainly found there weren’t any issues with it getting dirty.

The other highlight of the Glorious Model I is the swappable buttons, with nine buttons in total on this mouse. Two of those are removable – the ‘sniper’ button and the rear (back) button. There are several other types included in the box, as well, meaning you can change the shape to match your preference. 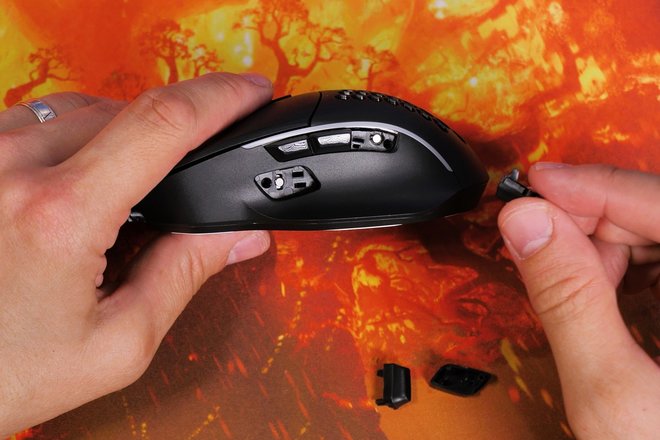 These two changeable buttons are held on with magnets and require a fair bit of convincing to come off. And that’s a good thing, really, because you certainly don’t want them popping off in the middle of a gaming session. There are various shapes to replace them with, as we say, and you also have the option to use a blanking plate, instead.

We were a bit disappointed that you couldn’t change all the buttons, but it is a nice touch to have the option to change the shape of them. The button action is also satisfying, and you get a good response out of each of them, though we did also notice that there is a difference in the sound of each – something to keep in mind if you’re fussy about the feedback. 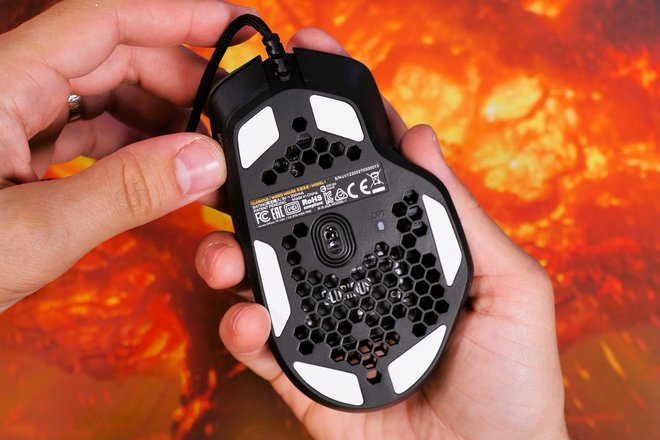 Behind the mouse wheel, there are a couple of buttons for switching the DPI up and down. You can see what level you’re on via an indicator on the underside of the mouse, which is a bit illogical if you ask us, but, again, not a huge deal once you get used to it. There are a number of set DPI levels, but you can also adjust these settings with the Glorious Core software.

The Glorious Model I, as you’d expect from the name, is fairly glorious in terms of specs and capabilities. On the face of it, the specs are similar to other pro mice we’ve tested, which is obviously no bad thing. Combine that with its lightweight frame, slick PTFE feet and floppy cable, and you’ve got a capable mouse that’s really fun to use. 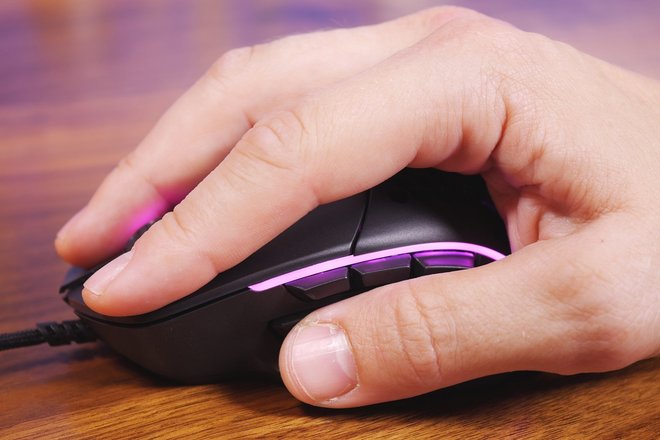 Strangely, some of the side buttons aren’t programmable with in-game settings, you’d have to do that in the software first, instead. But, otherwise, there’s little to be upset about based on our testing. This mouse is capable, responsive and intuitive.

This Glorious mouse has three RGB lighting zones. There are two strips on either side and lighting around the mouse wheel, as well. Sadly, the RGB doesn’t glow from the centre of the mouse, so you don’t see it through the honeycomb shell, but that doesn’t really matter when it’s in your hand anyway.

There are various different lighting effects you can choose from within the software, and you can adjust the brightness and speeds there, too. You can also turn it off entirely from there with relative ease, so there are plenty of options – though we don’t think the lighting itself will blow anyone’s socks off.

The Glorious Model I is supported by the Glorious Core software, as we mentioned earlier. This is fairly basic, but it is user-friendly, giving you the ability to tweak all sorts of things, from lighting to macros, button settings and more.

As for tweaking buttons, we’d recommend using the Core to customise the side options so that they’re easier to set up for the games you play. As standard, the side thumb buttons are DPI Lock (sniper mode with a lower DPI), home, forward and back. However, you can customise these for all sorts of actions – button presses and more, including macros. There’s plenty of flexibility.

We found the Glorious Core software to be a tad unreliable at times, closing randomly without warning, but, generally, the settings we programmed seemed to stick and work, so it still played well.