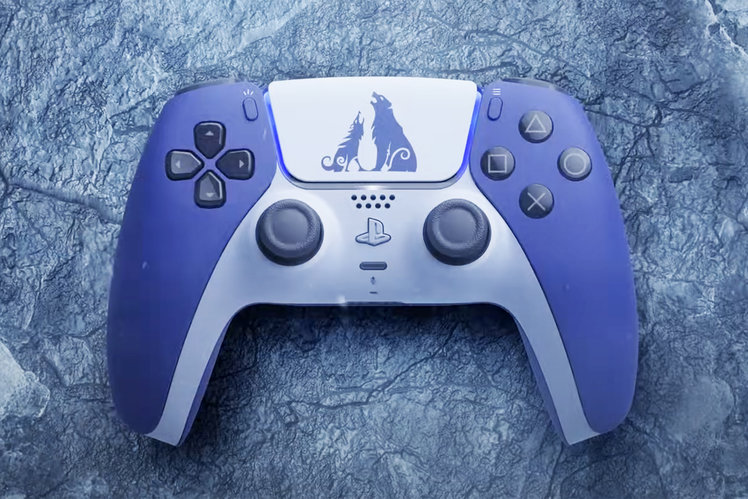 PlayStation debuted a new trailer for its much-anticipated God of War sequel during its latest State of Play online presentation. There was a further surprise too – a limited edition God of War: Ragnarök DualSense Wireless Controller.

Unlike the DualSense Edge pro controller that was also unveiled recently, the God of War version is a standard PS5 gamepad. However, it is themed, with a two-tone design (white and blue) and embellished with the bear and wolf insignia, which represents Kratos and his son, Atreus.

Pricing details are not yet known, but pre-orders will start on 27 September 2022 for a release date of 9 November.

That’s also the release date for the game on PlayStation 5 and PS4. The latest trailer for which shows some of the story points and many of the hugely impressive locations.

Atreus is more grown-up in God of War: Ragnarök and seemingly has a much larger part to play in his and his father’s destinies.

The trailer was made from PS5 footage, which is looking good and we can’t wait to see more gameplay in the near future.

If you want to check out the whole of the recent State of Play address, head to our piece on it. There are plenty of other games showcased, including a couple of PSVR2.