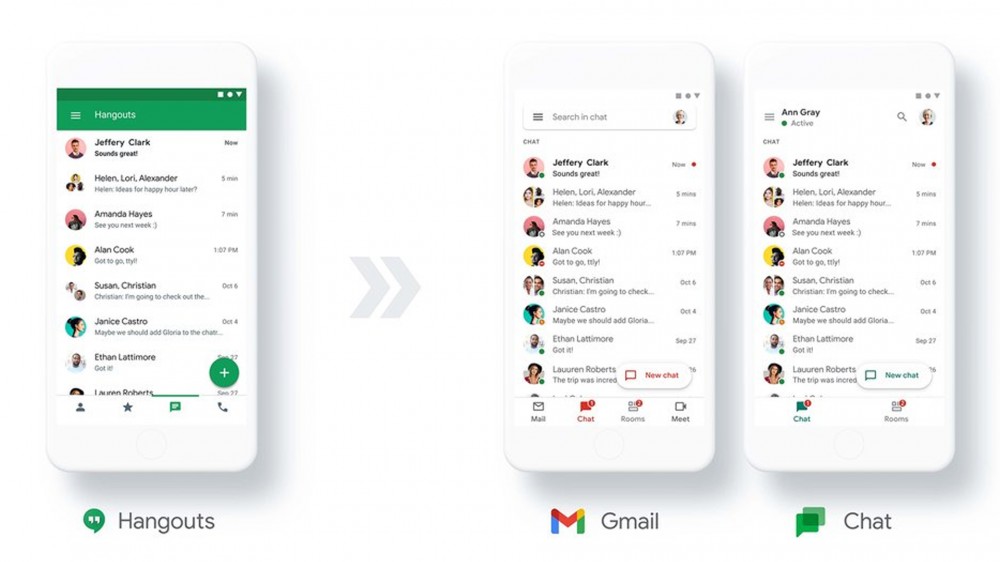 Google likes to support two nearly-identical products at the same time. It’s a silly “strategy” that leaves people scratching their head over services like Duo, Meet, Hangouts, and Chat. But Google is on the right path, announcing that Hangouts is shutting down in 2021 to be replaced by the more robust Google Chat instant messaging service.

The creatively-named Chat service is Google’s answer to Slack and Microsoft Teams. It’s an instant messaging client with collaboration tools and security enhancements that aren’t available in the stripped-down Hangouts client, which hasn’t changed much since its launch in 2013. Currently, Chat is a paid service for Google Workspace customers, but it will be free for everyone in 2021.

Google Chat will inherit Gmail integration, which is one of Hangouts’ big perks. But if you use Hangouts with Google Fi, then you’re kinda screwed! Hangouts support for Google Fi ends early next year, so you’re stuck calling and messaging from the Google Messages app. Our friends at Google say that Messages is coming to the browser soon, so maybe there’s some silver lining here.

Chat is also missing out on Google Voice integration. If you use Hangouts with Google Voice, then get ready to start using the dedicated Voice app. Other Hangouts features, like group video chats, come to an end this November and December.

Gosh, it really sounds like all of these apps do the same thing! Would you believe that Hangouts isn’t the first instant messenger killed by Google? We can only hope that Google consolidates more of its duplicate services in the future.

Source: Google via The Verge