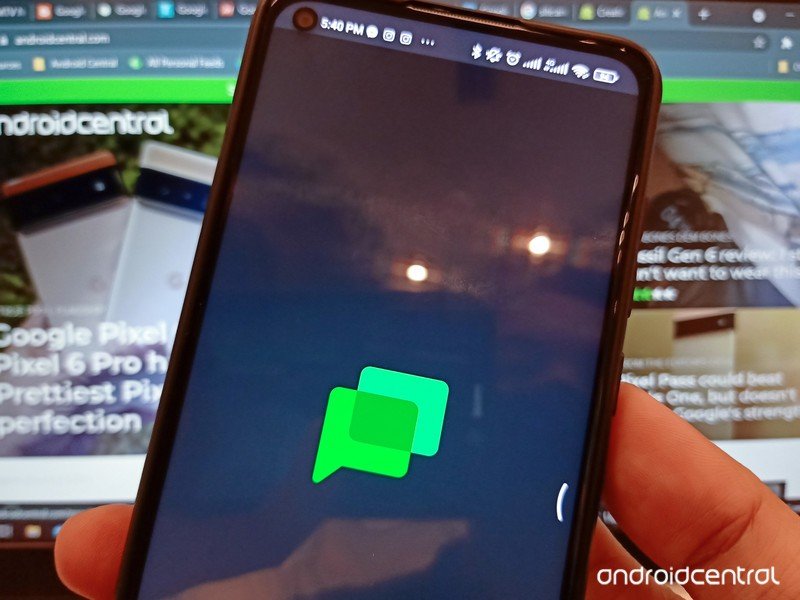 You can now access other Google Workspace services under a single button.

Google has begun to roll out a new design for the bottom bar of the Google Chat app on Android, making the interface much cleaner than the previous version.

Google Chat’s previously crowded bottom bar has now been tweaked with a new UI that frees up some screen real estate, as spotted by Mishaal Rahman. The app’s shortcuts for Gallery, Camera, Drive, Google Meet, and Calendar are now hidden beneath the new plus button.

Looks like a new UI is rolling out for the bottom bar in Google Chat on mobile.
Left: Old
Middle & right: New pic.twitter.com/8UppM0e6QX

Prior to this change, those shortcuts appeared in the text box, just below the area where you type your message. While those shortcuts have been consolidated into a single area, the redesigned bottom bar still includes the frequently used image button, which allows you to quickly attach photos to your chat. It is located directly next to the send button.

The most recent change reflects Google’s increased focus on the successor to Hangouts, which is being phased out gradually. Google began a “forced” migration of free Hangouts users to Chat a few months ago in preparation for the shutdown of the legacy service. Since early 2020, Google has been transitioning Hangouts users to Chat, so the move was not entirely unexpected.

According to XDA Developers, the new modification is apparently available in the latest version of the Chat app (v2021.10.31.408397499). However, the update has yet to reach all modern Android phones, so the change appears to be a test for the time being.

Google Chat now has a redesigned interface for sending messages and media files.

The new update simplifies the interface, which was previously cluttered with separate buttons for emoji, media upload, GIFs, Google Drive attachment, Meet button, and other features.

Those options are now hidden behind a single plus button. When you hover your mouse over the “+” icon, you will see shortcuts to other Workspace services.

Google said “these options vary by context, and can include Drive, Docs, Sheets, Slides, Photos, and Calendar.”

The latest change is available on the web and Android phones for all Workspace customers.