Google Chrome browser for desktop snagged a feature update with a bunch of new features tagged in. These new features are completely focused on the productivity of the users and especially students. Check out these new features coming on Chrome.

There was a feature called tab groups released not long ago and Google has made improvements to this feature. You could have made groups to before but now you can collapse those groups easily by clicking on the group name. This is really helpful to those who keep a lot of tabs open on their browser.

Using the Chrome browser on a touch screen device will be much easier as the user interface has been switched to more touch-friendly. There are bigger icons and a better tab organizer which looks better than the normal interface. 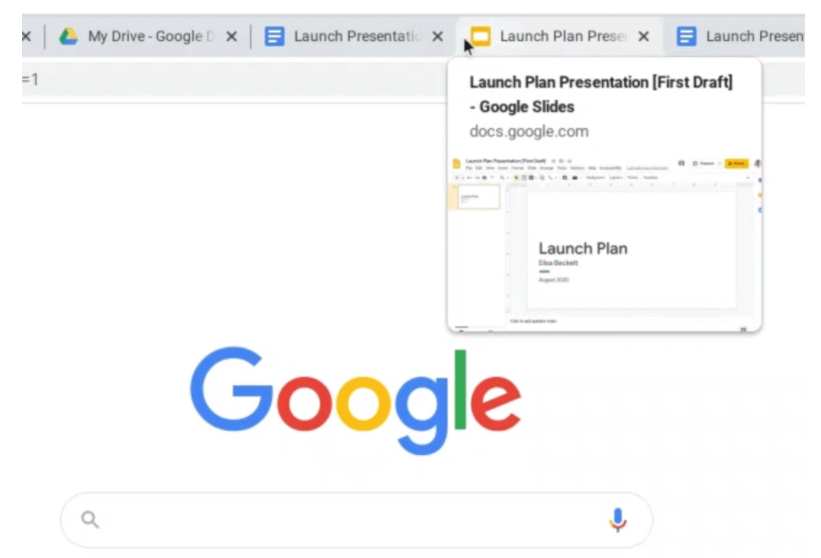 Another feature that is in beta is the ability to preview a tab by hovering your cursor over it. This feature was already available on the Microsoft Edge browser and finally, it is coming to Chrome as well.

Users will also be able to edit the pdf version of forms so they can fill them without even getting to print them. The users will also get a prompt to switch to the tab which is already opened on the browser. There is also a feature where you can share the link of a page using a QR Code.

These features will be released to all the users by next week. Google announced on its blog post that these features would be available for everyone in some time.

The post Google Chrome Gets New Features To Boost Your Productivity appeared first on Gadgets To Use.