In the not too distant future, Google will reportedly launch a Chromecast with Google TV and a Nest Audio smart speaker. We’ve seen evidence of both devices on more than one occasion over the last several weeks, and both devices have again been leaked courtesy of WinFuture.

First up, WinFuture has obtained some clean product images of “Sabrina,” a new Chromecast HDMI dongle that we shared the first renders of. The device resembles what you’d expect from a Chromecast device: It features a round, pebble-like design with an HDMI cable attached. There also appears to be a USB-C port for power and a reset button on the back. The device features a full build of Android TV, which is expected to be rebranded as Google TV alongside a UI revamp. It will be powered by the Amlogic S905X2 SoC and 2GB of RAM.

The real headliner here is the device’s remote, which appears to feature a dedicated Google Assistant button, a D-Pad, a YouTube button, a Netflix button, an input switcher button, and a few other buttons for controlling the dongle. If you look closely, you’ll also spot a microphone hole and a volume rocker on the side, which doesn’t seem like the most convenient placement, but it may be easier to use than we think. The remote itself appears to be around the same size as the dongle. In other words, quite small. 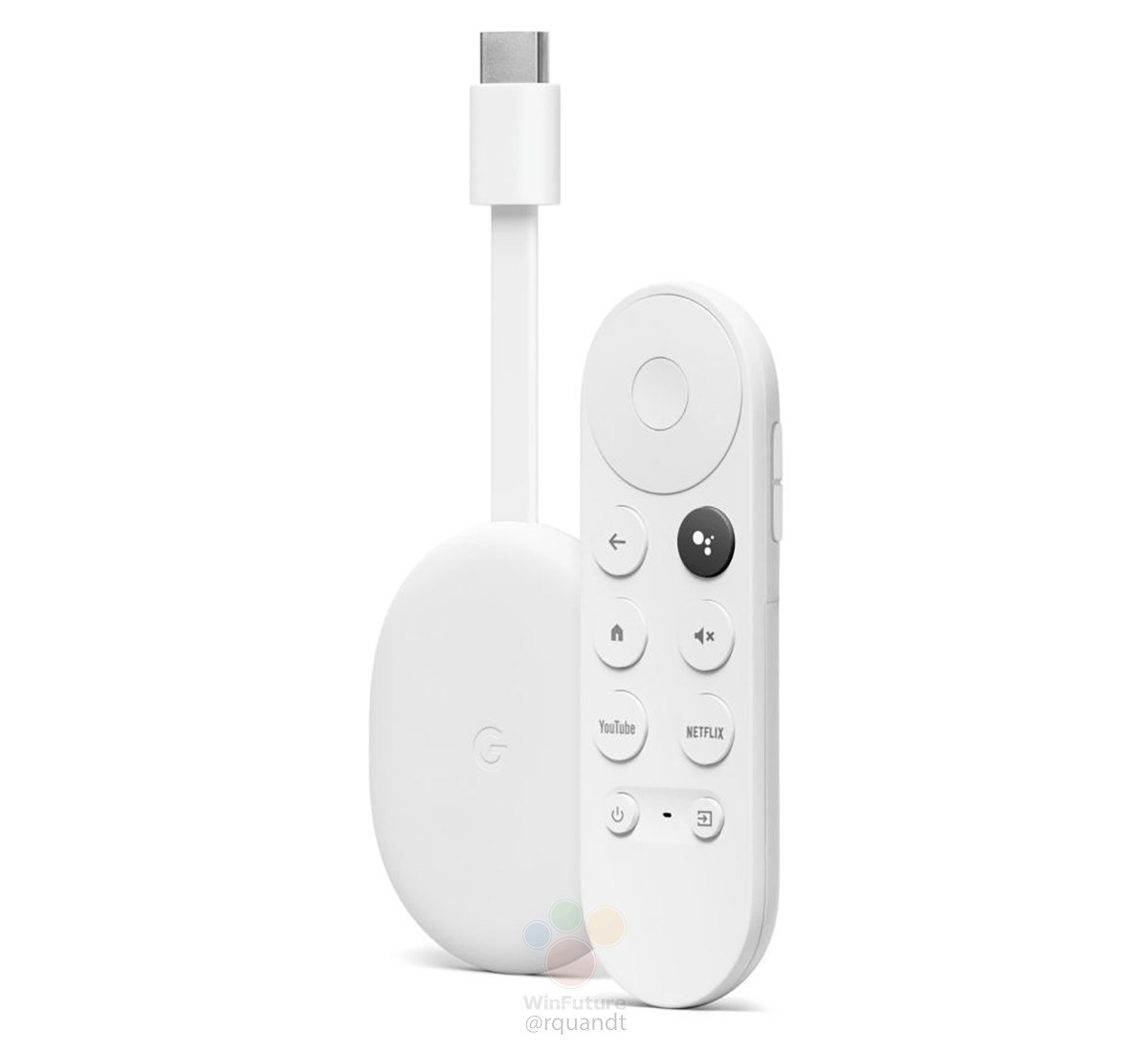 Moving on, WinFuture also shared new photos of Google’s rumored Nest Audio smart speaker, which Google already teased over the summer. The device also recently popped up at the FCC, so it really isn’t much of a secret at this point. The renders show off the device in “Charcoal” and “Chalk” 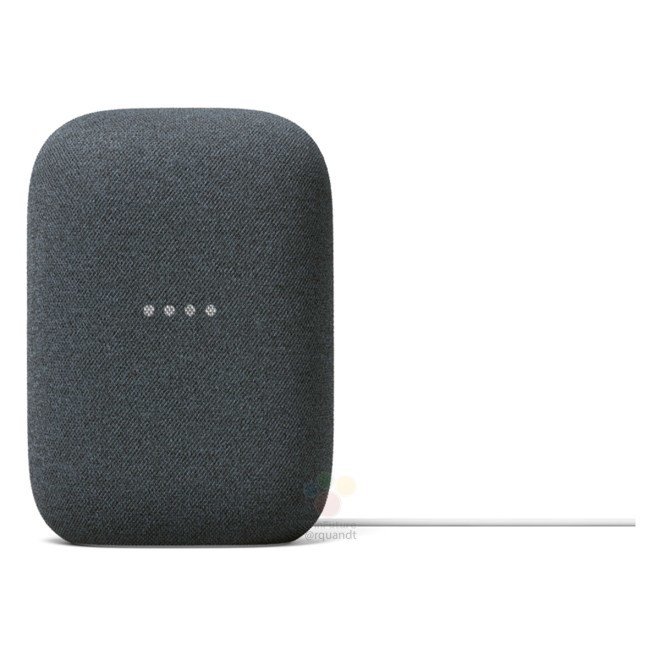 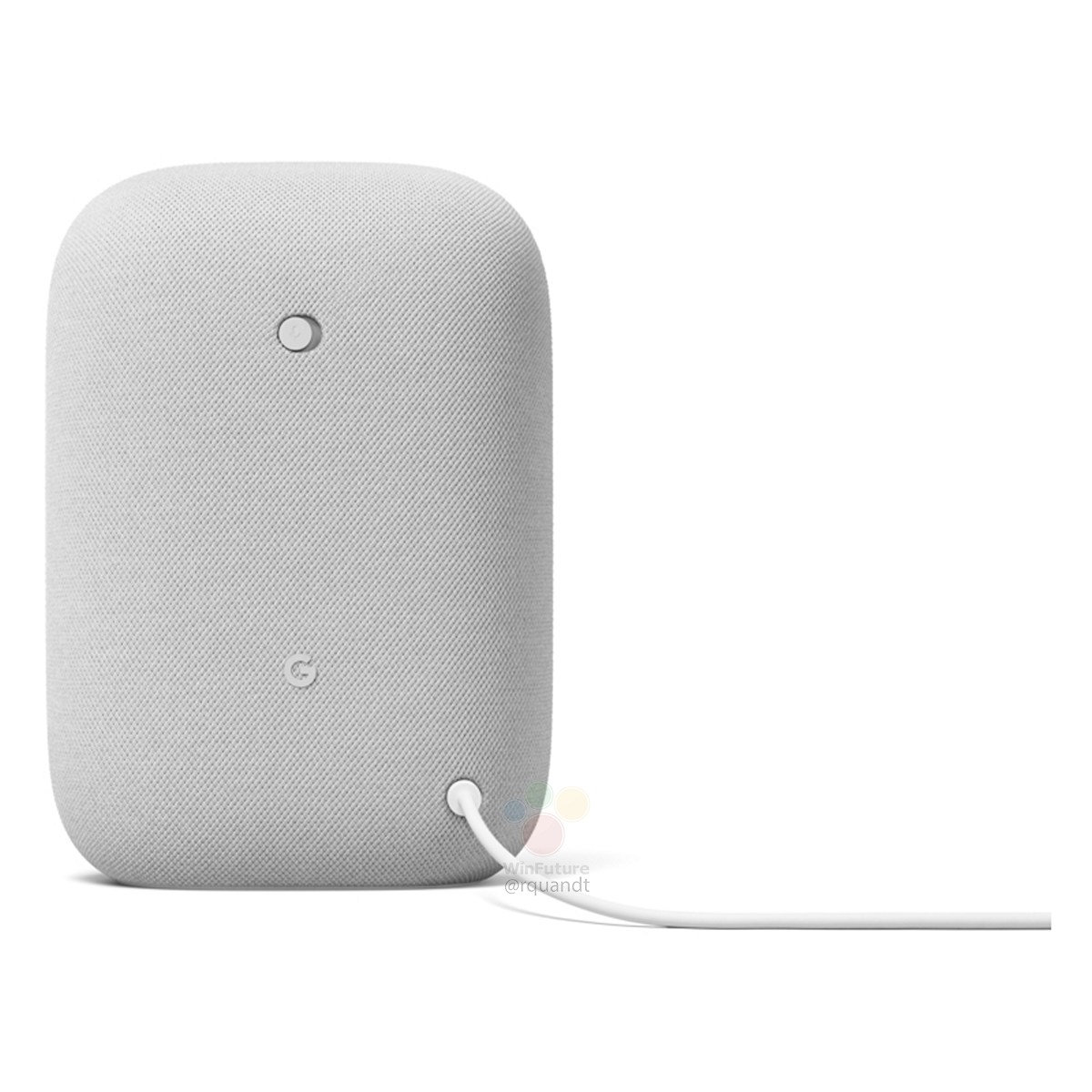 The smart speaker is larger than the Google Nest Mini and original Google Home that this device is succeeding, but it still features a fabric cover like the older models. There’s a few LED indicators underneath the fabric to indicate when Google Assistant has been activated, and it also looks like there’s a mute switch on the back for those who don’t want the speaker listening for a hot word. Typical Nest speaker stuff.