Google rolled out new media playback controls for Chrome in January last year. The feature added a new icon next to the address bar for easy access to media playback controls. Recently, Google rolled out an update for the media controls on the Chrome Canary channel, which added a progress bar and dynamic backgrounds to the interface. The company is now working on bringing even more features and improvements to the media player, including an output picker, artwork adjustments, volume controls, and more.

Reddit user u/Leopeva64-2 recently shared a post highlighting all the upcoming changes for Google Chrome’s media player. Here’s what you can expect to see when the changes roll out on the stable channel: 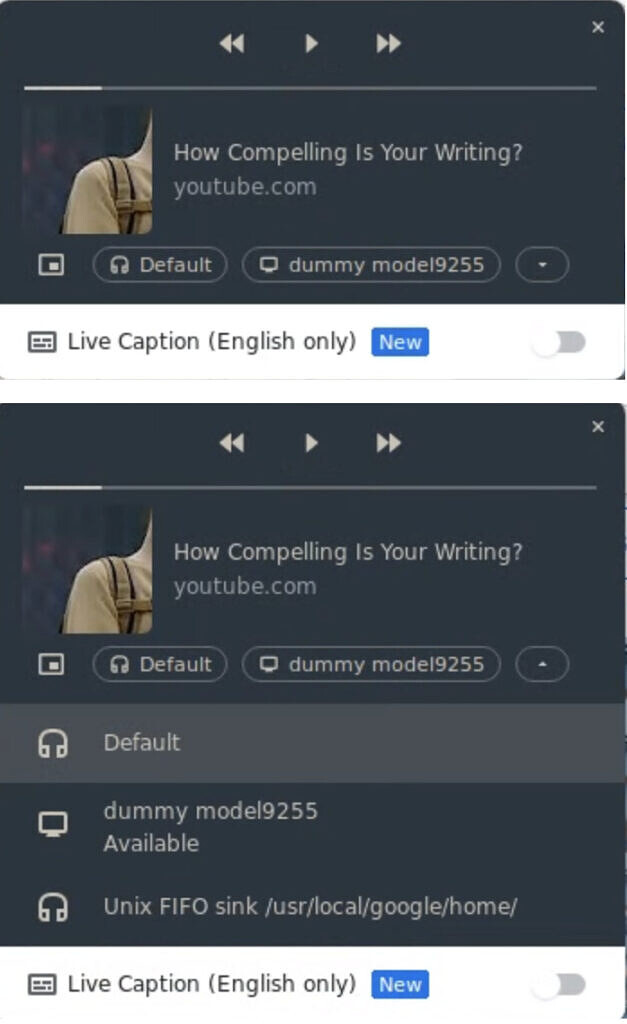 As you can see in the attached screenshot, Chromium developers are working on adding a new button to the media player that will help users easily change the output device. The button will appear right underneath the song title, and tapping on it will open a drop-down list of all available output devices.

If the album art for a song is too big to fit in the small square window on the media player, Google Chrome currently crops the artwork. More often than not, this results in the artwork becoming unintelligible. Developers are working on fixing this issue by automatically shrinking the artwork down to fit in the square. In case shrinking leaves empty space, Chrome will also fill the space with a complementary background color. Additionally, if a song doesn’t have any artwork or favicon, Chrome will display a blank square.

At the moment, we’re not sure when these changes will roll out on the stable channel. We’ll update this post as soon as they’re available on a future Google Chrome release.