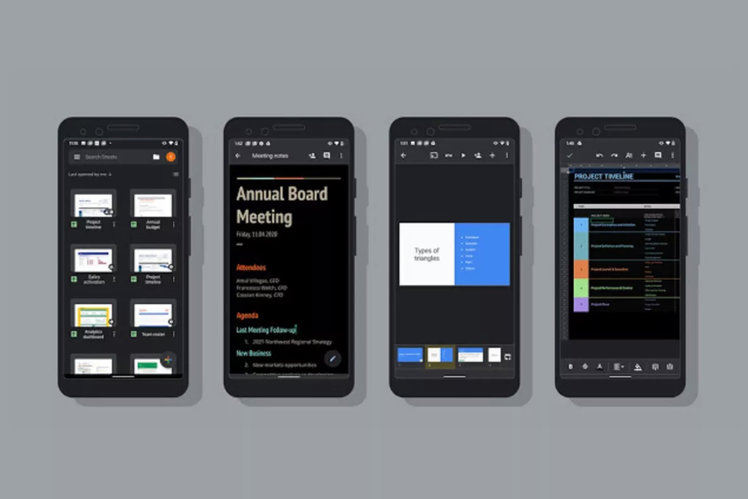 Google’s revealed a swathe of improvements coming for mobile users of its Docs, Sheets and Slides apps, which should make small but telling changes to how you use them.

For Docs, that means the arrival of a smart compose tool on mobile, after its successful launch on the web version recently, as well as the addition of link previews to give you a better idea of what you’ll be going to if you tap on a link in a document.

On Slides, a new navigation mode will add a vertically-scrolling overview of your presentation, letting you navigate around it more quickly and intuitively.

There are also a host of changes coming to all three productivity apps. That includes the already announced arrival of Dark Mode on Android (it’ll come to iOS at some point in the next few months, apparently), and an improved user interface for making and responding to comments on files.

Microsoft Office files will also become editable on the mobile versions of the apps, which is a great shortcut for when you can’t access a computer.

As with the Dark Mode changes, most of these additions will arrive on Android in the next few weeks, while the iOS picture is a little more delayed, althoug they should all get there eventually.

You can check out Google’s blog post on the changes to get a fuller sense for what’ll be new.