Google launched a Maps feature for Android and iOS last year, showing the most eco-friendly route. It has been available in the United States and Canada for nearly 18 months, while Germany joined the party in August.

Now the mode is expanding to “nearly 40” European countries, including France, Ireland, Poland, Spain, and the UK but Google did not deliver the full list of regions.

The eco-friendly routing mode offers the most efficient route, even if it means taking more time to get there. It will account for hills, traffic, tolls and other stops, and will provide the one where the speed is more constant, and will calculate the fuel saved.

Google Maps will also allow you to select the type of car you drive – whether it is petrol, diesel, hybrid, or electric. Also, if you are a fan of the latter, you can always visit and bookmark our new project ArenaEV.com where we talk everything electric vehicles. 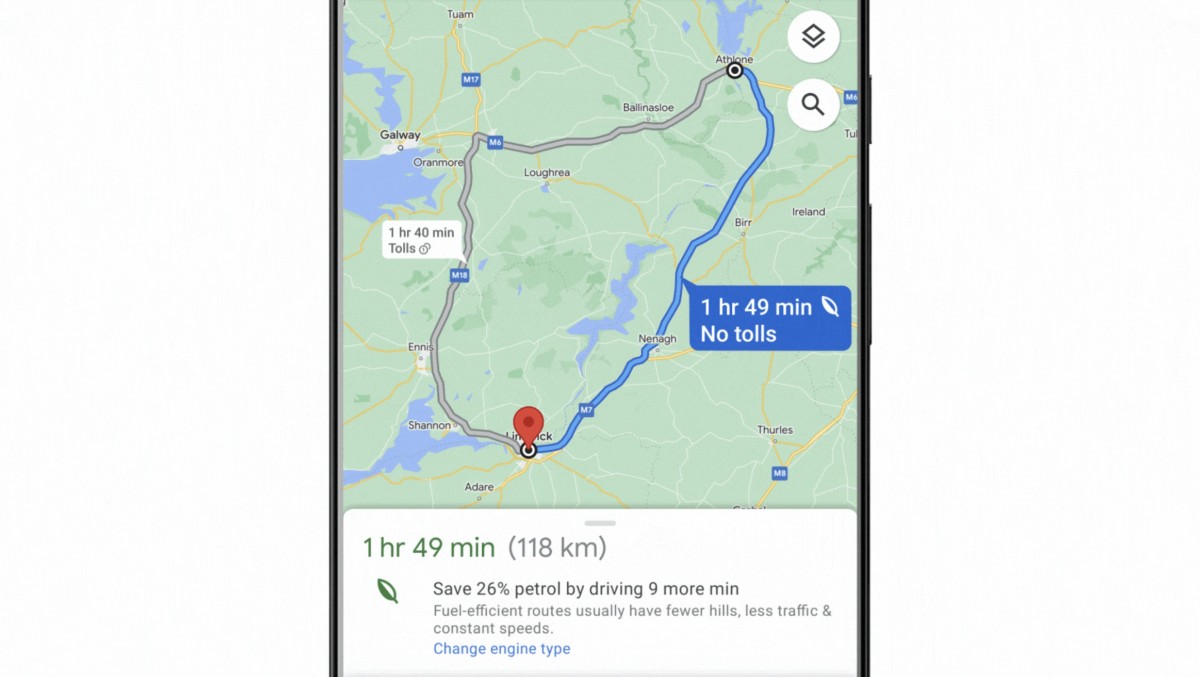 The system is built on feedback from the EEA (European Environment Agency) and combined with Google’s own machine learning models of most popular engines in given regions. This means some fossil-based fuel vehicles might be rerouted through highways while electric cars might receive suggestions for even surface streets for better energy recuperation.

The feature is rolling out to Europe right in time for the upcoming energy crisis this winter. Many countries on the Old Continent are expecting heating to become a lot more expensive, meaning any savings and cost-cutting measures, like this one by Google Maps, are incredibly welcome.