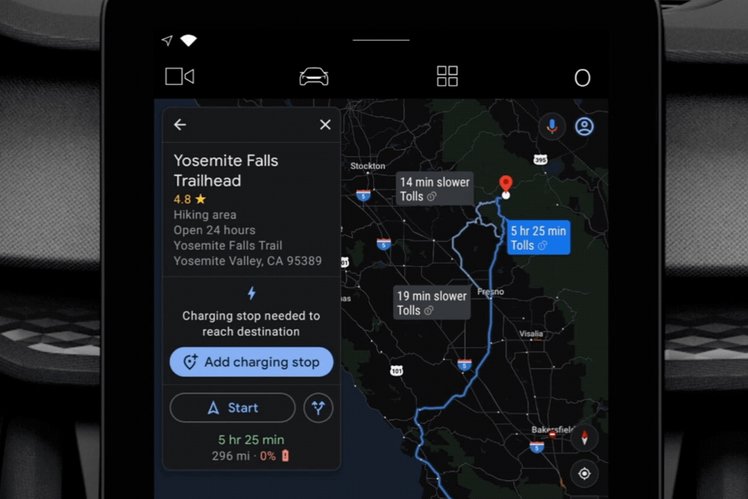 Google’s giving some of its Maps users a major upgrade in the form of more advanced route planning when taking electric vehicle charging into account.

The built-in Maps app on certain cars like the Polestar 2 and Volvo XC40 Recharge will get a new version that can plan in more sophisticated ways for long trips.

So, if you plot a route to a destination that would require two stops to recharge, Maps will search through its database of public charging points to find you the quickest possible version of that journey.

Its ETA will then also include the time you’ll spend stationary while charging, making the timing a lot easier to get a grasp on.

Meanwhile, if only the one stop is needed, you’ll be presented with a range of options to pick from along the route, according to your preferences or services that you’re a member of.

It all looks extremely slick, and should be rolling out to EVs that feature built-in Google Maps now, although it’ll be hard to say exactly when it’ll come to a given model.

So, if you’re an owner of a car that this applies to, keep an eye out!