Google Meet already has intelligent audio control to help remove echoes in calls. However, they can still occur. Now, Google is releasing a new feature that will give you a warning if you are causing an echo. Also, Google Meet will provide you with steps to fix the echo from your side.

If Google detects an echo that other participants could hear, you will see a notification on the screen along with a red dot on the more options button at the bottom of the screen. If you click on the notification, you will be taken to the Google Meet Help Center. Here you will be given a few recommended steps to get rid of the echo. Some of the measures include using headphones, lowering the volume of your speakers, and muting yourself when not speaking. 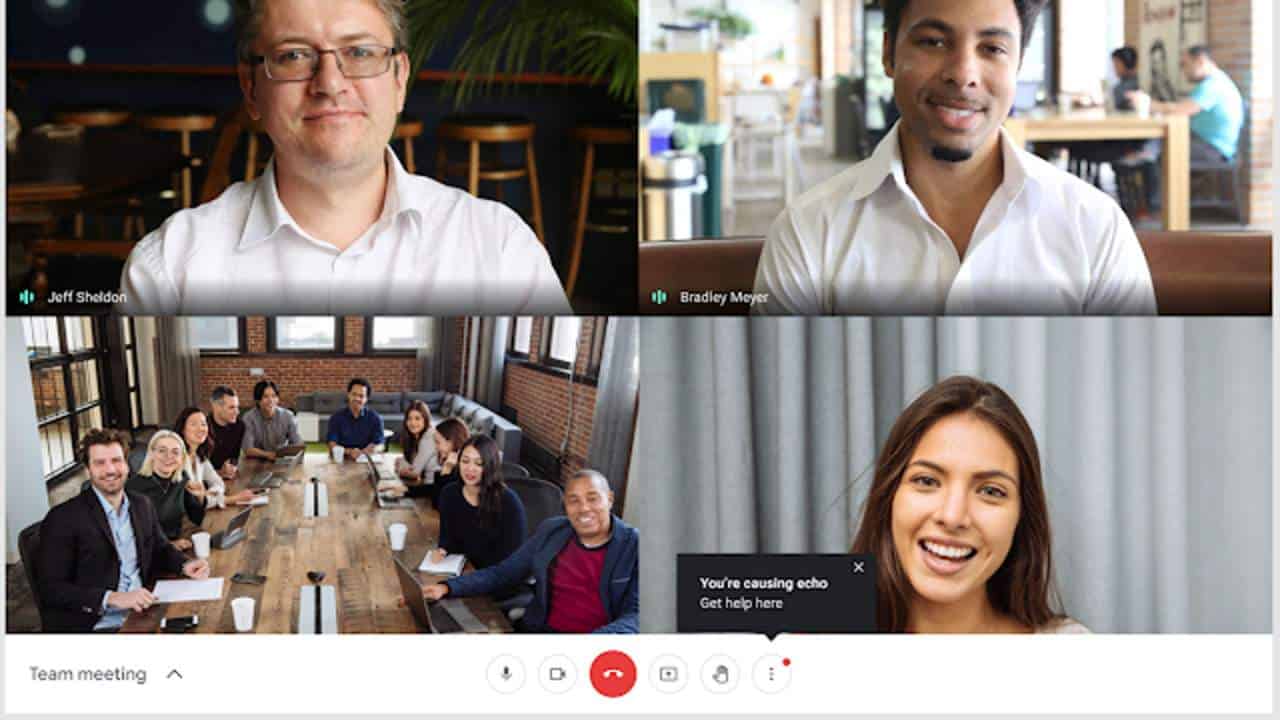 Google has announced that this echo warning feature will be coming to all workspace customers, including G-Suite Basic and Business. It’s already started rolling out to users but could take up to two weeks to reach everyone. Furthermore, it’s essential to note that this feature is not an admin control feature and will be enabled by default for all users.

This feature comes a few weeks after releasing another helpful tool for Google Meet, where you can now add up to 25 co-hosts to a meeting. Along with other valuable ways that you can now join discussions.

It seems that Google is putting significant effort into making Google Meet even more valuable and functional for users. This latest update is definitely one that we can get excited about. There’s nothing more frustrating than having a meeting but not hearing and understanding a participant due to an irritating echo.

This is the second useful feature to come to Google Meet in two weeks. I appreciate seeing how hard Google is working to keep Meets functioning at the highest possible level. With continued lockdowns and people continuing to work remotely, it is critical that users be able to conduct meetings effectively.

The post Google Meets will start giving warnings when you cause an echo appeared first on gHacks Technology News.