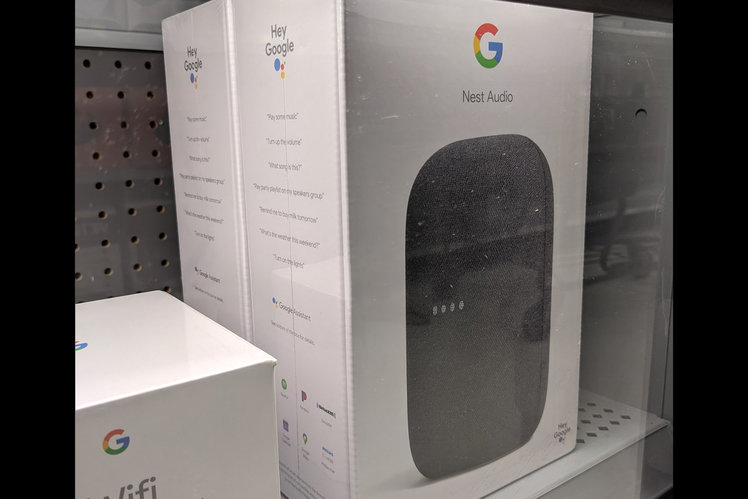 Walmart has jumped the gun and put the unannounced Google Nest Audio speaker on the shop floor.

Expected to be officially unveiled during the Launch Night In online event on 30 September, the smart speaker was already spied in store by Twitter user Marcos Frausto.

There was no price attached, nor could he see many actual details listed on the packaging – which was inside a glass case – but you can see what it looks like. And, of course, the full name.

It matches with previous leaked images, which appeared earlier in September.

Other details have been found on a retail site Lowes.com, which lists the speaker as the Google J2. The site has removed the price since, but it originally said that it will be $100. That complies with another former rumour that said it would be €100 in Europe. Google tends to price products as like-for-like in dollars and euros.

They didn’t put the price on it pic.twitter.com/AlEqUx5Lvw

It also works as a Google Home hub, it seems, and has built-in Bluetooth for local wireless audio playback.

We’ll find out more during the Google event next Wednesday.