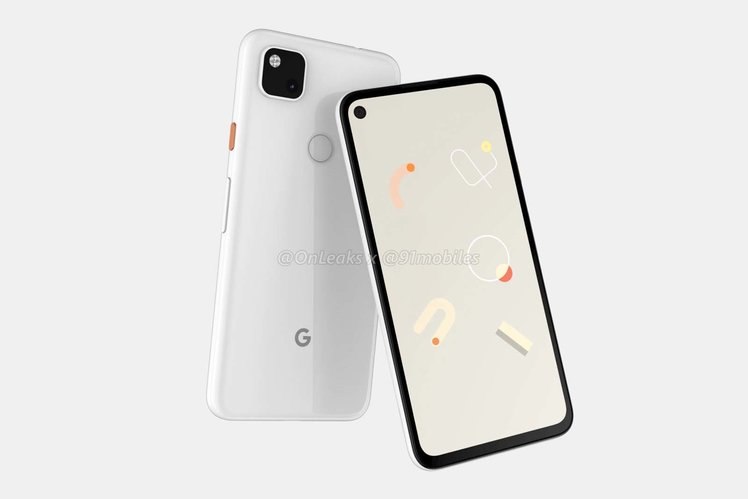 In 2019 Google launched a more affordable handset, the Pixel 3a and it looks like there’s going to be a follow-up in 2020, a cheaper version of the Pixel 4.

Leaks surrounding the Google Pixel 4a have started to appear, so we’re rounding them up so you know expect come launch day.

Nothing has been said about when we might see the Pixel 4a launch so far, but the Pixel 3a was announced at Google I/O 2019. Google I/O 2020 has been cancelled due to coronavirus, but the date we’d picked out as likely for the keynote event – and launch – was 12 May 2020. There’s nothing official and no leaks so far, but that’s our best guess.

The price, however, seems to be nailed on at $399, thanks to what appears to be a leaked billboard mock-ups showing the phone. 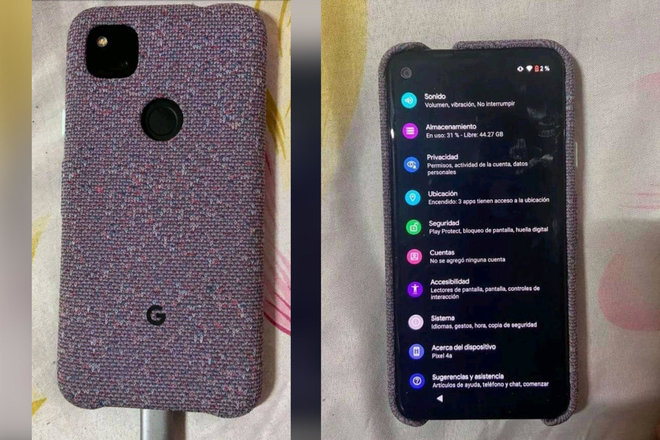 Thanks to some detailed renders and photo leaks, we have a good idea of what this phone will look like. It doesn’t throw up too many surprises, but it’s worth mentioning that the given dimensions suggest that it’s slightly smaller than the Pixel 3a. However, the display – while not edge-to-edge – cuts down the forehead and chin of the 2019 phone, so the display is likely to be larger.

There’s a fingerprint scanner on the rear and it looks like it’s going to have a plastic or polycarbonate body.

Also interesting is that Google looks to be pushing a pronounced camera bump here, with a single camera and flash in the black housing on the rear. That does, at least, give some familial design link to the Pixel 4. All these elements from the renders appear to match leaked images of the phone.

There’s also reported to be three colours: black with a lime button, white with an orange button and finally a teal version with a hot pink button. An interesting detail is the 3.5mm headphone socket, something many flagship phones now omit.

Three codenames have been uncovered that could point to different Pixel 4a models, but at the moment, most of the focus appears to be on one device, codenamed Sunfish. There’s also been a rumour that there will only be one size of Pixel 4a this time around.

The display on the Pixel 4a is expected to be flat, with slimmed down bezels and no notch. Instead, there’s going to be a punch hole for the front camera, something that we’ve not seen on a Pixel before.

It’s said to be a 60Hz display and thought to be OLED. The resolution is the expected 1080p, which should be just fine on this size of device. 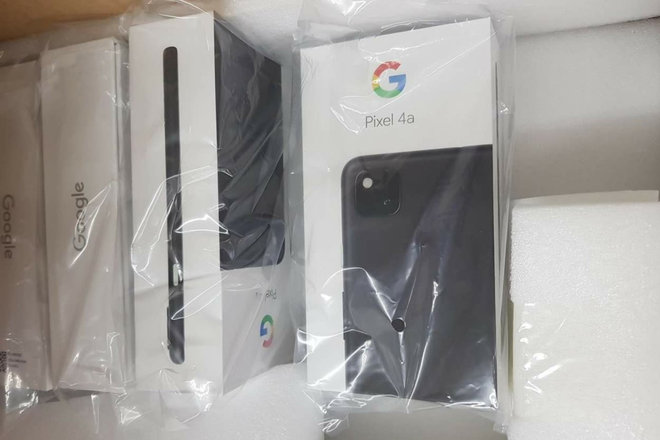 The discovery of some new codenames – Sunfish, Bramble – fit the codenames for Pixel devices, along with hardware details. There’s been code leaks that pair the Pixel 4a (Sunfish) with the Qualcomm Snapdragon 730, which would be 4G. This has popped up a couple of times so seems more certain than the other devices and matches leaked specs from an early hands-on.

To round out the specs you have 6GB of RAM and 64GB of storage, which should fit this affordable device nicely. There’s said to a 3080mAh battery which sounds a little no the small side, but the Pixel 3a had a 3000mAh battery and we found that performed well enough. Given the mid-range specs, it will probably be sufficient.

As to the other codenamed phones, they included a Qualcomm Snapdragon 765 device, the new platform with integrated 5G, although we don’t know if these are an actual launch devices or testing devices – so we’re not hugely certain that there is a 5G Pixel 4a version. 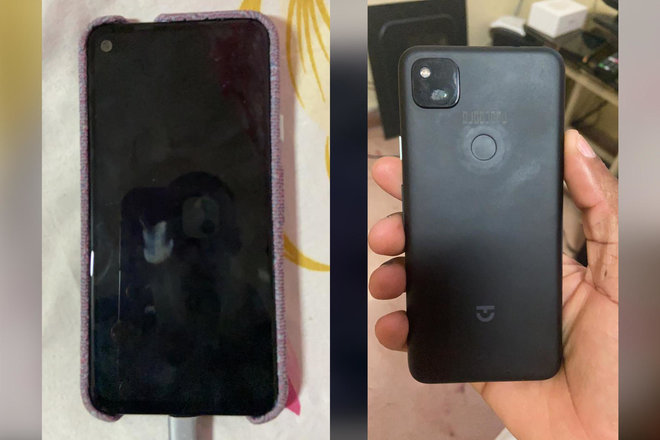 From the renders we can see a single camera in the rear housing, along with the LED flash. We can fairly safely assume that this is the same camera unit as the Pixel 4 – that’s the point of these phones after all – to give you access to those camera skills at a lower price point.

In that sense, you can expect to find a 12.2-megapixel 1.4µm sensor with f/1.7 lens and optical image stabilisation. It will likely have all the AI skills of the Pixel 4, like Night Sight.

The front camera in the display is likely to be an 8-megapixel 1.22µm sensor with f/2.0 lens and some rare bokeh skills, but this is all still to be confirmed.

Here are all the rumours surrounding the Pixel 4a so far.

Imaging that appears to show the Pixel 4a in retail packaging has leaked online, suggesting that the phone will be launching soon.

A billboard mock-up has shown off the new Pixel 4a, including the $399 price.

11 March 2020: Pixel 4a completely leaks out thanks to ‘review’ video detailing key features

There’s nothing like a video of an unreleased handset to reveal the details – and that’s exactly what’s happened.

9 March 2020: Google Pixel 4a shows up in some new leaked photos

The Pixel 4a has appeared in a selection of leaked photos, including a fabric cover.

Images have appeared that might show the Pixel 4a, but they don’t come from an established source, so could well be faked.

Reports are suggesting that Google has moved production of the Pixel 4a to Vietnam to ease the pressure on closed Chinese production lines.

20 February 2020: Renders show what the Google Pixel 4a could look like

Another set of rumour-based renders paints a picture of what we might get from the Pixel 4a.

7 February 2020: Google Pixel 4a is the “Sunfish” phone we’ve been hearing about

More code leaks have linked the Sunfish name to the Pixel 4a, and dispel the 5G rumours.

The codenames for future Pixel devices have been discovered again by XDA Developers, this time in code from the new Google Camera app. In this case, they appear in a string called “pixel_20_mid_range” basically confirming that Bramble and Sunfish are those Pixel a devices.

Google has confirmed the date for its Google I/O conference. The previous version of this phone was announced at this event in 2019.

Codenames along with hardware platform details have been discovered, which suggest that the Qualcomm Snapdragon 765 device is in development, meaning a 5G phone. There’s three codenames, so we could see three Pixel 4a devices.

What appear to be images of a case design have appeared for the Pixel 4a.

YouTuber Dave Lee claims to have some insider information on the new Pixel 4a and that there’s not going to be a Pixel 4a XL.

Renders of the Pixel 4a from a reliable source have given us a good look at this future phone from Google.