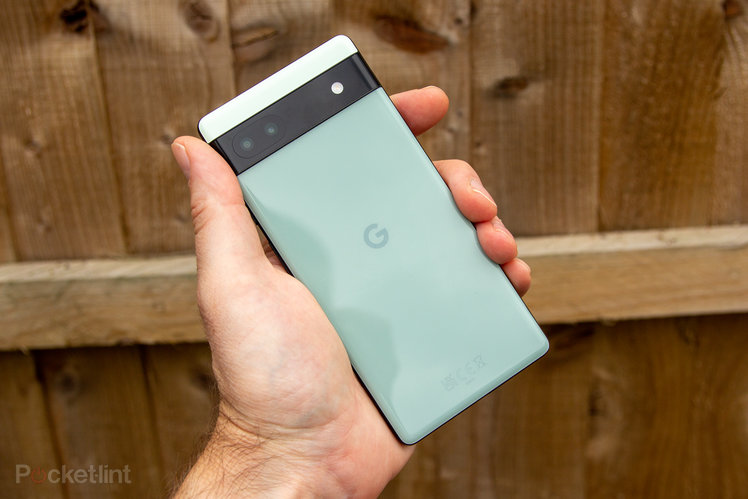 The Pixel 6a is Google’s latest affordable phone, picking up on the design of the Pixel 6, keeping many of the same hardware points and landing with a price that’s a lot more accessible.

Google has seen success in these devices, with the Pixel 4a being well received, success it is looking to emulate here. The Pixel 5a fell into an odd position with a limited global release, but the Pixel 6a looks like a stronger proposition.

The Google Pixel 6a picks up on the design from the Pixel 6, most identifiable by the camera bar that runs across the top of the phone. That divides the rear of the device with a two-tone finish.

The phone is finished in plastic – or 3D thermoformed composite – but there’s a nice quality to it. It’s glossy, so will attract some fingerprint smears, but on the lighter colours these aren’t too noticeable. 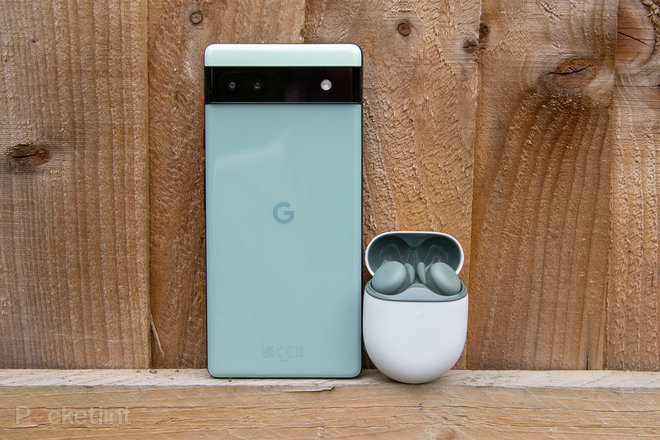 It’s a compact device – a little smaller than the Pixel 6 – but certainly manageable for smaller hands or those who don’t want something huge.

It carries an IP67 rating to protect against spills and splashes and this used to be something of a rarity in phone in this price bracket, although Samsung is doing its best to change that with devices like the Galaxy A53 5G, which also offers IP67.

Overall there’s ample quality and certainly nothing that reveals it’s in a lower price bracket. In reality, it’s the colour combinations that make this phone a little more unique and lead you towards something that feels like it’s been considerately designed. 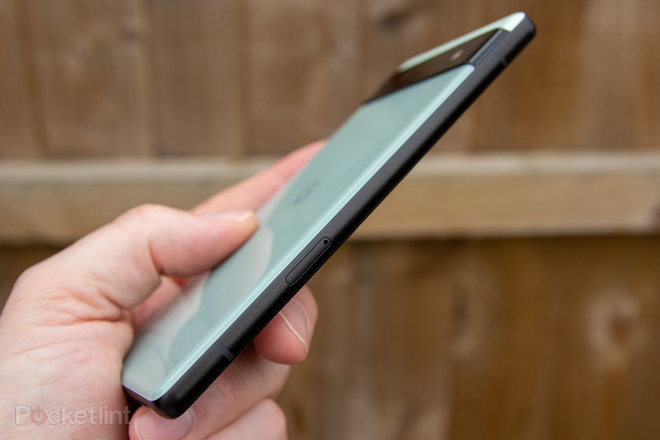 There are stereo speakers on this device, pumping out of the bottom of the device and through the ear speaker at the top of the display. They offer appreciable quality, although it does sound a little strained at top volumes, so turning it down a notch will give you better results.

Still, it’s perfect for sharing videos or gaming. There’s no 3.5mm socket – something that’s available on a range of rival devices – but this phone does support hi-res music. If you’ve got yourself a pair headphones that support LDAC, you’ll get that from the Pixel 6a, which is less common for devices in this price bracket.

It’s an OLED display showing the great colour saturation and deep blacks you associate with that tech, while carrying a 2400 x 1080 pixel resolution, resulting in a pixel density of 429ppi. That’s nice and sharp so this is a great-looking display. 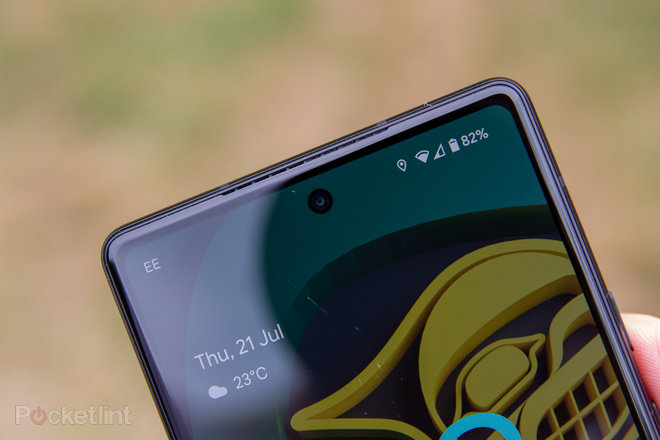 The slight downside is that it’s limited to 60Hz, so there are no faster refresh rates to smooth out scrolling. Many rivals now have that offering – the OnePlus Nord 2T for example – available for around the same asking price.

Do faster refresh rates really make a difference? Yes, there’s a visible difference in some situations, mostly when scrolling through things like Twitter. But in daily use, it’s really not a deal breaker, so its omission has to be considered alongside some of the benefits this phone offers in other areas – like the power that it offers. 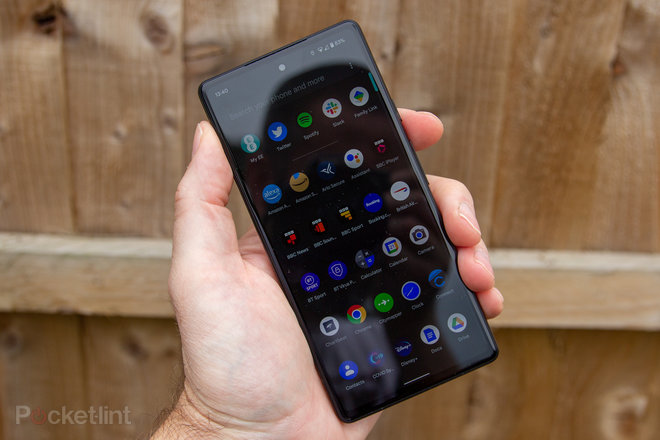 It’s also worth adding that we’ve found the auto-brightness to be well suited on this device, bumping itself up appreciably in full sun to cut through reflections and preserve image fidelity. Supporting HDR, it will aim to get the most out of your content, so your Netflix videos will look great, accepting that there will be a hole in the middle because of the centre-placed front camera.

There is an under-display fingerprint scanner on this phone and we’ve found it to work reliably at unlocking the phone, although it’s less effective in the wet or when you have dirty fingers.

One of the highlights of the Pixel 6a is that isn’t using a mid-range platform like many similarly-priced competitors. Instead it uses Google’s Tensor hardware – the same as you’ll find in the Pixel 6 Pro – so you could say this is flagship-level power.

There’s a dip in RAM to 6GB and the storage comes in at 128GB, which isn’t huge and there’s no option to expand this, with no microSD and no option for more physical storage. That’s a bit of a downside as that’s not a huge amount of storage and most devices in this price range offer some options here. 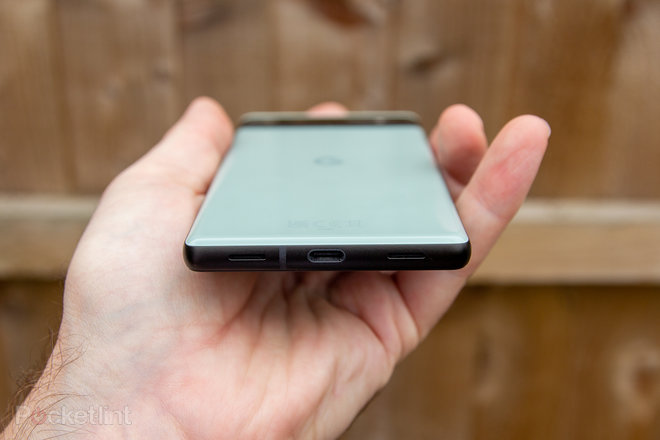 The Tensor hardware means that the Pixel 6a benefits from flagship performance. It’s not quite up to level of the Pixel 6, but it does offer a slick experience in daily tasks, stepping up to power things like flagship games with efficiency. It can get a little warm when taking on some of these power tasks or when charging, but not to a worrying degree. It’s a compact phone and that means you’re more likely to feel and heat across the back because your fingers cover more of the device.

There’s a 4400mAh battery with 18W wired charging, but no charger in the box. That’s not hugely fast charging with any number of devices that can be topped up faster if you look at brands like Redmi. There’s no support for wireless charging. 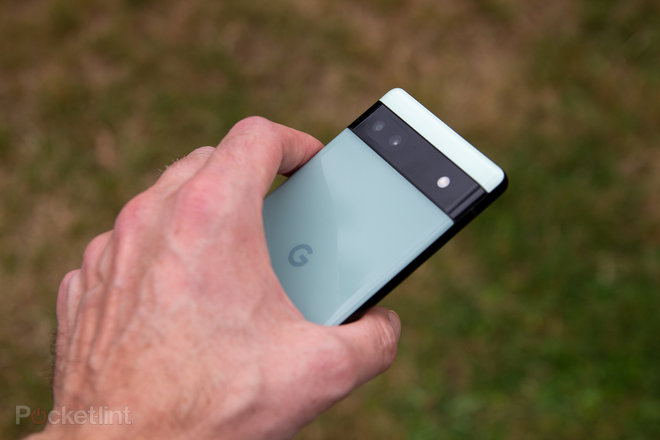 The battery life overall is good. It’s not a huge cell, but we’ve found it will get through the day easily. On light days we found it would last well into the second day too, the benefit of having a smaller display, no doubt. Even when you fire up more demanding tasks like hitting it with long sessions of Call of Duty Mobile the Pixel 6a will take it in its stride and gives you better performance than some devices on mid-range hardware.

For us that completes the circle: plenty of power and performance and the battery life to sustain it, so choosing a phone in this position doesn’t feel like a compromise.

Pixel phones are known for the camera, because of the efforts that Google has been putting into computational photography. There’s a hardware departure from the other Pixel models, with the 6a more closely reflecting the loadout on the older Pixel 5. 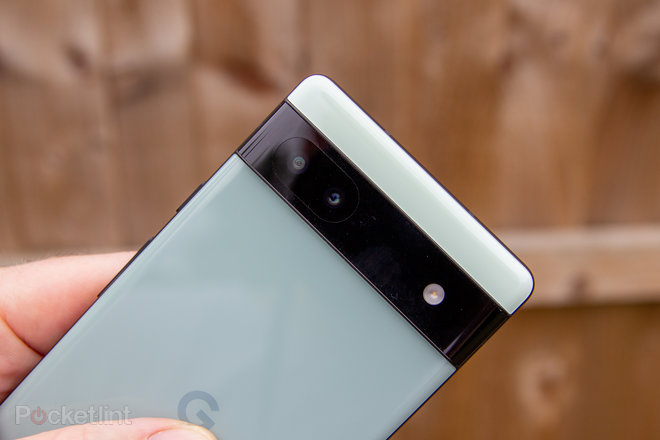 That means there’s no 50-megapixel sensor as you’ll find on the Pixel 6 and Pixel 6 Pro, but you get two good cameras rather than a collection of junk cameras like you’ll find on many rival devices.

The cameras put in a solid performance: simple to use, offering that familiar point-and-shoot reliability, without having to mess around with options to get a decent result. You’ll get Night Mode that will swing in to make those low-light photos possible and the great thing is that Google seems to be able to pull a photo out of just about any situation, without even a hint of a “pro” mode. Point, shoot, and the results will be competitive.

The camera produces nicely balanced images with good consistency in colour balance between the ultrawide and the main camera, which is often a problem for some phones. There’s no optical zoom, instead offering a 0.6x ultrawide and then out to 7x digital zoom. This digital zoom isn’t particularly noteworthy and gives pretty mottled results which might not be hugely useful. On paper that might make some rivals look attractive, but generally speaking, longer digital zoom just gets worse, so it’s not worth having.

The edge detection on Pixel phones is often excellent, relying on Google’s AI to help boost these features, but Google Photos also offers many of these features in the editing options – and those apply to all the images in your gallery, not just those that come from this camera. You’ll get great portraits from the front and rear cameras, the only feature it really misses out on being the motion photo option which will blur your portrait to give the illusion of speed. That remains the preserve of the Pixel 6 and Pixel 6 Pro.

There’s an addition to the editing options, however, where you can use the Magic Eraser function to “camouflage” something instead. If you take a photo and there’s a distraction in it – like a brightly coloured signpost, you can camouflage that rather than remove it. That will fade the colour of that object down so it doesn’t distract from the main subject of the photo. It’s unique to the Pixel 6a at the time of writing and a great addition to the editing options.

Video runs up to 4K/60fps and is nicely stabilised, including some smart options like cinematic pan, features that will be familiar from the other Pixel 6 models.

Overall, the Pixel 6a puts in another solid performance. Google pushed AI to make its camera work and the advantage is that it’s not dependent on the camera hardware. Some say that it’s all fake, but it’s really using technology to create a smarter camera experience. Ultimately, you point, shoot and you get a great photo – and that’s what a lot of people want.

One of the advantages of opting for a Pixel device is that you’ll get a bloat-free device, no preinstalls, no duplication of apps – and you’ll be front of the line for updates to new versions of Android. It’s expected to get three OS updates, taking it through to Android 15 in 2024.

There’s also the promise of 5 years of security updates, which is a great commitment to ensure that the phone remains useful well into the future. 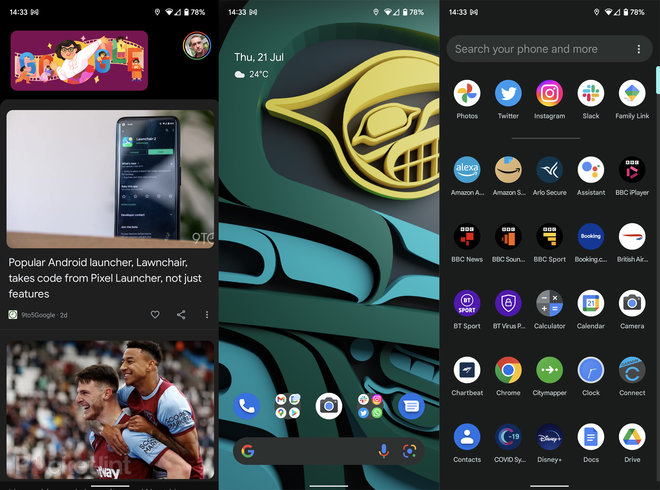 The software experience on the Pixel 6a is essentially the same as it is on the other Pixel devices, allowing themed customisation through Material You, with a fast and fluid experience day-to-day, and great features like the Recorder that will live transcribe as someone is talking to you.

While purely Pixel-exclusive software functions are pretty rare, some do still remain to differentiate from other Android phones – the flipside being that many devices – Samsung for example – has many more options out of the box. But people are attracted to Pixel devices because they avoid the clutter and changes that other devices bring. It’s that purity that helps make the Pixel 6a appealing.