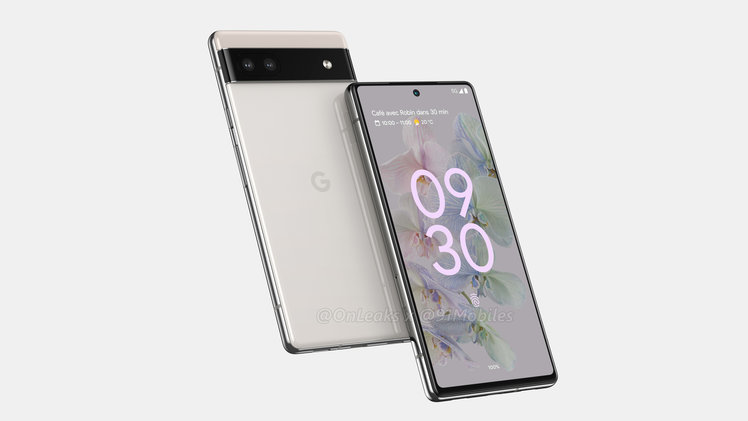 Google’s Pixel 6 and 6 Pro were revealed during an event in October 2021 and they were a big departure from previous Pixel devices in terms of their design, but also their hardware, with both running on an in-house chip for the first time and not a Qualcomm processor.

There are already a number of rumours surrounding the mid-range model of the Pixel 6 devices though, expected to be called the Google Pixel 6a. Here is everything we have heard so far.

Rumours suggest the Pixel 6a will be released in May 2022 during Google I/O and with a packaging leak, this is certainly a possibility. The developer conference takes place on 11 and 12 May for 2022 so there’s not too much longer to wait if this release date is accurate. Others suspect the phone has been pushed back due to the ongoing chip shortage however, and may launch in late July.

The Pixel 5a 5G was announced in August 2021 but it wasn’t made widely available – US an Japan only – so perhaps the Pixel 6a will launch sooner than a full year cycle to meet the needs of those after a mid-range Pixel in the other regions of the world.

Previous to the Pixel 5a, the Pixel 4a was announced in August 2020 and the Pixel 3a was revealed in May 2019, meaning there isn’t a defined pattern as such. 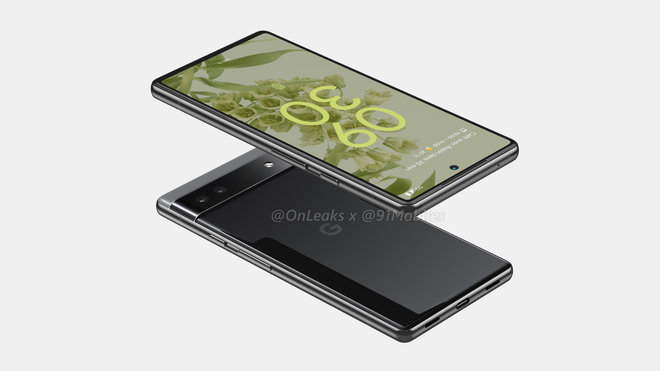 The renders show a black and grey colour palette option, as well as a white and cream colour combination, though more recent rumours claim the Pixel 6a will be available in black, white and green colour options and the packaging leak shows off black. The Pixel 6 and 6 Pro are both IP68 water and dust resistant, while the Pixel 5a 5G is IP67, so we would expect the latter for the Pixel 6a too.

It’s claimed the Google Pixel 6a will come with a 6.2-inch flat OLED display with an under display fingerprint sensor.

There’s no word on resolution as yet, or refresh rate, though we would expect Full HD+ with 90Hz refresh rate. It’s possible it could offer a 60Hz refresh rate but with many mid-range phones now offering 90Hz, we think the latter is more likely.

According to the leaks, the Google Pixel 6a will feature the same camera setup as the Google Pixel 5, and consequently, the Google Pixel 5a 5G. While the Pixel 5’s camera is still great, it’s a slightly different take on what Google has done in the past with its “a” series. Previously, the “a” series was about offering the flagship Pixel camera experience in a mid-range device.

If the Pixel 6a offers the Pixel 5’s camera, you’ll still get a great camera experience, but it will be a step down from the Pixel 6 and 6 Pro. It would also be an interesting move as the reason for the large camera housing on the rear of the Pixel 6 was because the new camera module didn’t fit into the square housing found on the Pixel 5, so it would be odd to have the same housing as the Pixel 6 but a different camera setup.

The Google Pixel 6 and 6 Pro both run on Google’s in-house built Tensor chip and it has been reported that the Pixel 6a will do the same. A Geekbench listing revealed that we should expect 6GB of RAM on the upcoming handset and another listing saw the Pixel 6a compared to the Pixel 6, with the mid-range device marginally outperforming the flagship.

No word on storage yet, but since the Google Pixel 5a offers 128GB of storage as a base, it’s likely the Pixel 6a will do the same.

There’s also no word on battery capacity as yet, but we’d expect around 4500mAh, possibly larger.

Google Pixel 6a rumours: What’s happened so so far?

Here is everything we have heard so far about the Google Pixel 6a.

Techxine published an image of the Google Pixel 6a packaging, confirming the name of the device and its design. 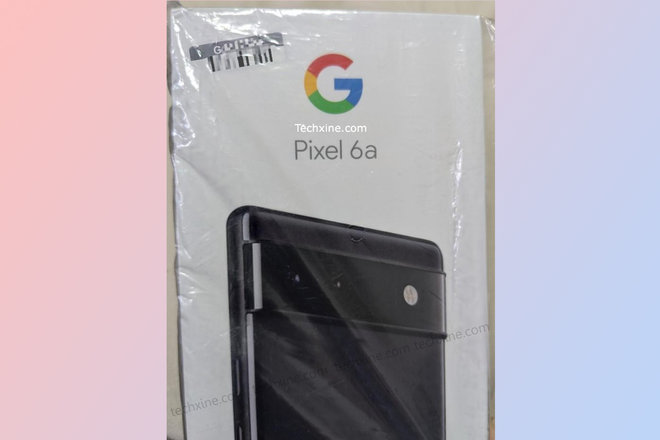 25 March 2022: Google Pixel Watch to be teased at I/O but launched with Pixel 7 in October

Jon Prosser tweeted saying the Google Pixel 6a would be revealed at Google I/O, alongside a tease of the Pixel Watch.

YouTuber Jon Prosser, of Front Page Tech, suspects the launch date has been pushed back due to the ongoing chip shortage. He now expects the phone to be announced in late July.

Google Pixel 6a benchmark results appeared on a Geekbench listing, showing the phone punching well above its weight in performance and revealing specification info.

2 March 2022: Google Pixel 6a and Pixel Watch could be imminent after carrier listing found

The Google Pixel 6a appeared on a US carrier’s inventory and an inside source claimed the device would launch in May, come in three colour options and offer 128GB of storage.

A reliable tipster tweeted that Google plans to launch the Pixel 6A in May which – if accurate – would mean around the time it usually has its annual I/O conference.

It’s been claimed the Google Pixel 6a will run on the Google Tensor chip and come with the same camera as the Pixel 5.

OnLeaks and 91 Mobiles published a series of 5K renders showing off what is claimed to be the Pixel 6a.