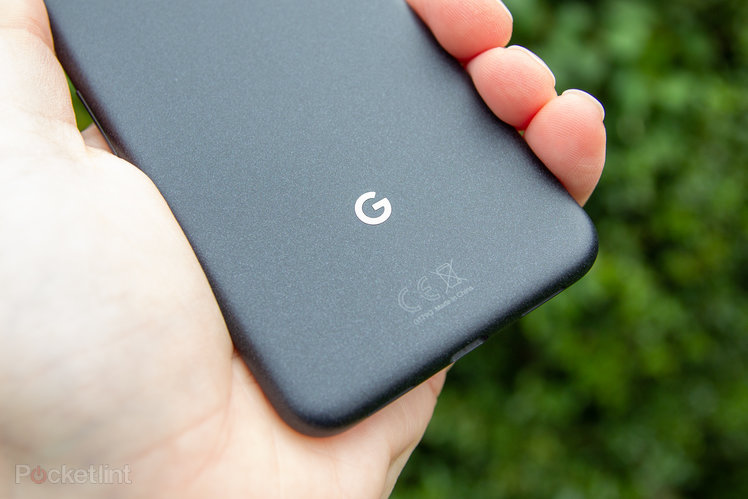 There continues to be discussions about the possibility of a folding Pixel from Google.

With folding phones seen as the next big thing, it’s no surprise that brands are interested in where the technology can take us, with a race to crack this (currently) novel section of the market.

Here’s everything you need to know about the folding Pixel.

What will it be called?

While many have been referring to it as the Google Pixel Fold, a report suggested that the device is likely to be called the Pixel Notebook.

At this stage, these are just rumours and we’ll only know for sure once Google decides to announce.

In December 2020, Ross Young of DSCC – who has a pretty good reputation reporting in forthcoming display moves – suggested we’d see something from Google in the second half of 2021. Further back, in August 2020, 9to5Google reported on an internal document leak aligning a device codenamed Passport, which was highlighted as a foldable, with a Q4 2021 launch.

In June 2021, it was then claimed production for the display was due to begin in October and would be supplied fully assembled for Google to launch a phone by the end of the year. Google announced the Pixel 6 and Pixel 6 Pro on 19 October but the event didn’t include a folding Pixel.

Ross Young then suggested that Google didn’t launch the folding device because of market pressures.

Bad news for those waiting for the Google Pixel Fold. We hear they have canceled parts orders and decided not to bring it to market as indicated in the latest DSCC Weekly Review. See blog excerpt at https://t.co/EVmWKcgi2c. @DisplaySupply pic.twitter.com/2P5lFW09Pt

In February 2022, Young then claimed the foldable Pixel was back on track with display production due to start in Q3 of 2022 for a launch in Q4 of 2022, and more specifically October. This suggests the folding Pixel might launch alongside the Pixel 7. 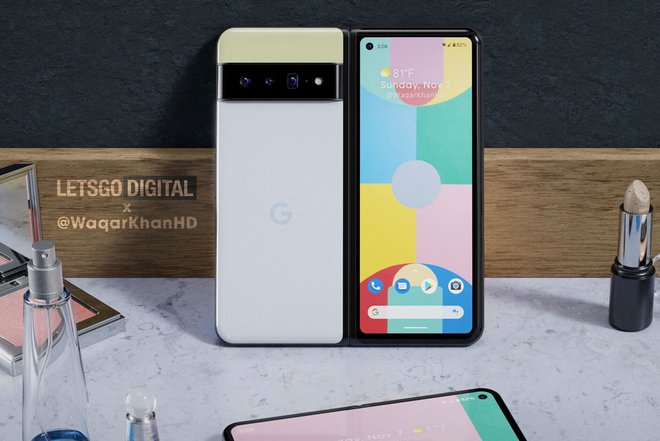 Nothing has been said about what design this device might take. There’s been no leaks, no rumours and no suggestions – but we have seen some nice concept renderings.

We don’t know if it’s a clamshell or book style folding device, although the rumoured size of the display suggests it will be book style, similar to the Galaxy Z Fold models.

Certainly, software changes in Android provide greater support for folding phones and larger devices, so something that folds out to be pretty large would seem logical.

For any folding phone, the display is obviously the centrepiece. This is where we have a little more information, with a 7.6-inch size reported for the original Passport device.

It was originally thought that Samsung Display would be supplying this flexible AMOLED panel, and at that size – it’s the same as the Galaxy Z Fold 2 – we think it would be a book style folder, rather than a flip phone. It’s believed to be in-folding, i.e., so the folded display is on the inside of the device.

It’s also been said that the display will be an LTPO display and it will offer a 120Hz refresh rate, which is also the same as what is said thought to be on the successor to the Z Fold 2 in the Galaxy Z Fold 3. There have been claims of a smaller display than the Z Fold 3 too though so it is a little up in the air at the moment.

Beyond that, we don’t know a lot. There’s been no mention of resolution, external display, or anything else – and Google may well have changed direction on this device completely.

With this entire project being a little uncertain at the moment, it’s not surprising there’s a real lack of information on what hardware this phone might have. However, a claimed Geekbench report for Google Pipit – a more recent codename for the folding Pixel – gave a readout suggesting that it’s the Google Tensor. That’s Google’s in-house hardware found in the Pixel 6 and you can read more about the chip in our explainer feature.

It would make sense for Google to use its own hardware in any device it was building, and the 12GB RAM reported by that Geekbench report is the same as the Pixel 6 Pro. Of course, the entire report could be fake – or it could be an engineering device rather than a consumer product, but it’s the best we have to go on for now.

Say Pixel and people immediately think about the camera. While the Pixel phones have given us excellent cameras, most of the hard work is driven by AI – it’s computational photography that comes through, rather than the hardware.

With that in mind, we wouldn’t be surprised to see Google continue with the same camera hardware that was in the Pixel 5. It’s been claimed there will be a 12.2-megapixel main camera that matches the Pixel 5, along with a 12-megapixel ultra wide camera and two 8-megapixel selfie cameras. A simple approach with a main and ultra-wide camera on the rear would be totally in character for Google.

That said, it could of course go down the Pixel 6 or Pixel 6 Pro route and change things up slightly. For now, we just don’t know, though if the device is set to launch in 2022, we suspect there will be numerous rumours to come.

Folding Pixel rumours and leaks: What’s the story so far?

Here’s everything that’s happened so far in the story of the future folding Pixel from Google.

Ross Young tweeted claiming the folding Pixel display panel was due to go into production in Q3 of 2022 for a launch in Q4 of 2022. He then claimed in the replies to the tweet that it would likely be an October launch and the display will be smaller than that of the Galaxy Z Fold 3.

17 January 2021: Google’s upcoming foldable phone is expected to be called the Pixel Notepad

A source told 9to5Google that the upcoming device will be called the Pixel Notepad and that it is expected to cost less than the Galaxy Z Fold 3.

A phone has passed through Geekbench claiming to be the Pipit, the reported codename for Google’s folding phone.

It’s claimed that Google decided not to launch the folding phone because of strong market competition.

Google is rumoured to be working on a foldable Pixel smartphone called Pipit and a report from 9to5Google claims it will be arriving in 2022 and feature the Pixel 5’s main camera.

5 October 2021: Will this be what the foldable Pixel phone looks like?

Taking Google’s Pixel 6 as inspiration, some creative types have envisioned what a folding Pixel might look like.

Reliable leaker Evan Blass claimed that a trusted source has confirmed that the Passport – Google’s folding Pixel – will launch in 2021.

Heard from someone I trust that the foldable Pixel — codename: Passport, retail branding: unknown — will indeed launch before the end of the year. Apparently they’ve been working on this device for over two years, and if the P6 is any indication, it’ll be worth a look.

A report from 9to5Google references a device codenamed Jumbojack which appeared in details for future Android versions, suggesting Google could be working on a second foldable device.

19 August 2021: The foldable Pixel is probably going to be delayed after all

A new report indicates that Google will most likely be pushing the release date of its folding Pixel until sometime in 2022.

The leaker does state that this doesn’t rule out the possibility of Google at least previewing the phone during the official Pixel 6 series reveal in October, however.

Perhaps the most damning evidence to corroborate the existence of the Pixel Fold comes from directly within Android 12, as references within the code seem to mention a device with a codename dubbed “Passport”, something many in the Google community believe to be a moniker for a foldable Pixel.

Ross Young, AKA @DSCCRoss, claimed that the foldable from Google would feature a LTPO 120Hz refresh rate display from Samsung Display.

Samsung Display is reportedly working with Google to supply its ultra-thin glass (UTG) and flexible OLED panel for a forthcoming foldable Pixel phone.

It is said that the parts will enter production in October 2021, and be supplied to Google fully constructed for a possible phone launch by the end of the year.

Jon Prosser has added his ¢2, claiming the folding Pixel is real.

the google pixel “fold” is a real thing

Sources talking to The Elec in Korea claim that Samsung Display will be supplying Google with a 7.6-inch folding panel for a future product

Ross Young from DSCC mentioned a folding phone from Google due in the second half of 2021.

Second half of 2021 is going to be really exciting for foldable smartphones. At least 3 models from Samsung, 4 models from Oppo, Vivo and Xiaomi and 1 model from Google…BTW, no Z Fold Lite – Z Flip Lite. Specs for all are in our latest Foldable Report.

Documents unearthed by 9to5Google reveal a device called Passport, said to be a foldable, set to launch in Q4 2021.

Mario Queiroz, former VP of product management at Google, commented to CNET that Google was “prototyping the technology” when talking about folding phones.