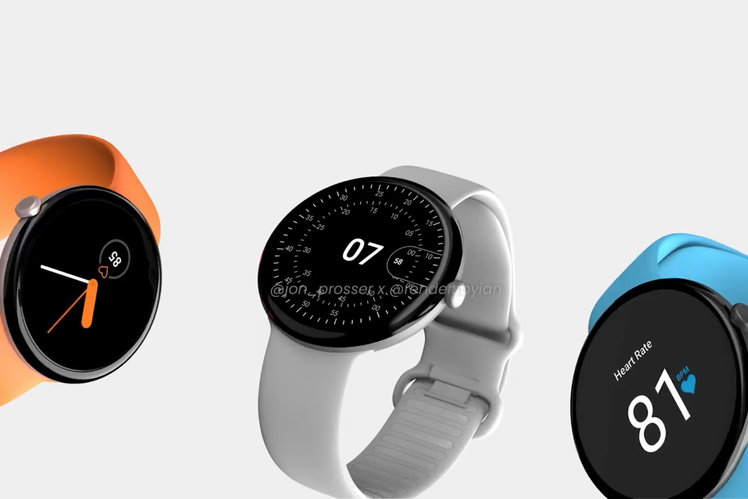 A Google-branded smartwatch has been rumoured for some time – no pun intended – but it has yet to materialise despite the Wear OS platform running numerous third-party smartwatches.

Here is everything that’s been claimed so far surrounding the Pixel Watch. Will it ever launch?

At the moment, we don’t know when/if the Google Pixel Watch will be released and how much it will cost. It’s been rumoured for so long now that we’ve almost lost hope.

Google’s next major event is Google I/O – which is due to take place an an online only event at the end of May. There have been suggestions of an October 2021 release date though so it might be a few months away still.

Pixel Watch specs: What we want and expect

Here is everything we have heard so far about the Google Pixel Watch.

Jon Prosser revealed the apparant design of the long-rumoured Pixel Watch in a video. It has a circular face, bezel-free design and a physical crown. It’s claimed to be codenamed Rohan and the renders were created based on images provided by a source.

19 May 2020: Pixel Watch could have gesture feature

Google filed a patent with the US Patent Office in May 2020 that suggests the company is working on bringing hand gestures to a smartwatch.

19 September 2019: Why Google Pixel Watch was cancelled at the last minute

A new report on Business Insider has claimed Google cancelled plans to launch a Pixel Watch at the last minute because Google’s hardware chief, Rick Osterloh, was of the opinion at the time that it “didn’t look like what belonged in the Pixel family.”

The report also said that a former employee stated that the syncing between the Pixel smartphone and smartwatch also “didn’t work that great”, making for another reason to pull the launch. There were fears that with this and the smartwatch not quite looking right, it would “…bring down the name of the Google hardware brand.”

Instead of killing the watches completely, Google is said to have decided not to launch them under its own brand name as originally planned, and instead launched them under LG in the LG Watch Sport and LG Watch Style.

The report adds that while there are still rumours Google is working on its own-branded smartwatch, sources claim that there will be no smartwatch launching alongside the Pixel 4 and Pixel 4 XL at its event on 15 October.

A patent filed by Google called ‘Camera Watch’ has been approved. The patent shows a watch with a round face and a camera built-in, though it is not clear from the patent whether the camera is a hole-punch design or under the display.

There are no buttons on the design sketches, suggesting the Pixel Watch could feature some form of rotating or touch bezel. 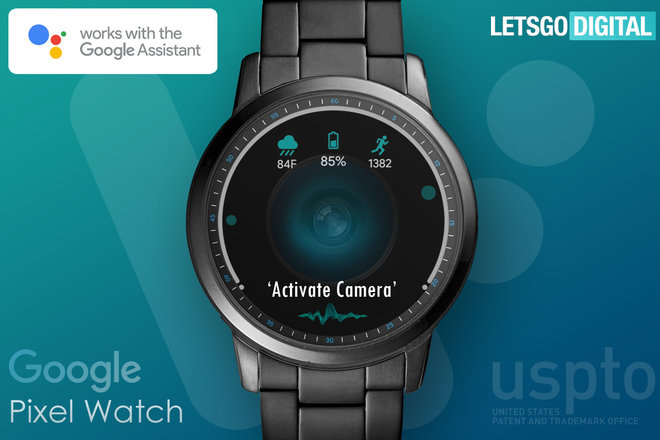 A recently approved patent reveals Google has been working on several quick release watch band mechanisms. Several options are shown in the patent images, one of which is a tradition quick release pin method, while the others appear a little more complex. 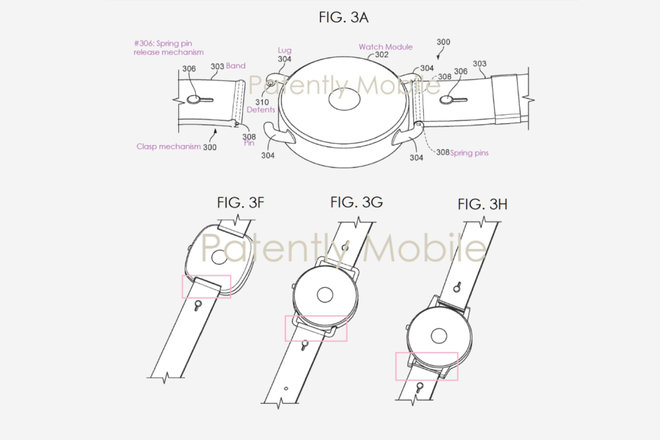 9to5Google reported on two codenames – Medaka and Salmon – which appeared online and are suggested to reference the Pixel Watch. The codenames appeared in AOSP alongside evidence suggesting they are smartwatches but no further details were offered.

Google and Fossil Group enter into a $40 million agreement, in which Google will acquire some of Fossil’s smartwatch technology, along with members of the Fossil’s research and development team. While details are scarce, it suggests Google is still serious about Wear OS.

Tom’s Guide reported that the rumoured Pixel Watch would not launch in 2018.

Miles Barr, Google’s director of engineering for Wear OS, said in an interview with Tom’s Guide: “To think of a one-size-fits-all watch, I don’t think we’re there yet. Our focus is on our partners for now,” he explained.

The Pixel Watch will likely place a special focus on Google Assistant and AI learning when it finally arrives though as Barr told Tom’s Guide his ideal Pixel Watch would offer these.

A separate Google spokesperson also confirmed that the company would not be announcing its own smartwatch in 2018.

10 May 2018: Three models of the Pixel Watch claimed to be in the works

WinFuture reported that there are three models of Pixel Watch in the works, but these might just be prototypes with a plan to only release one.

Notorious leakster Evan Blass tweeted that a reliable source told him “with high confidence” that a Pixel-branded watch would appear at the 2018 fall hardware event alongside the two smartphones and second-gen Pixel Buds. Of course, that wasn’t the case in the end.

Besides the Pixel 3, Pixel 3 XL, and second-gen Pixel Buds, a reliable source tells me — with high confidence — that Google’s fall hardware event will also introduce a Pixel-branded watch. Have a great summer!

LG announced the LG Watch Sport and the LG Watch Style, backed by Google as the poster watches for Android Wear 2.0 with their rotating dials. They put an end to the Google-branded smartwatch…for a while. 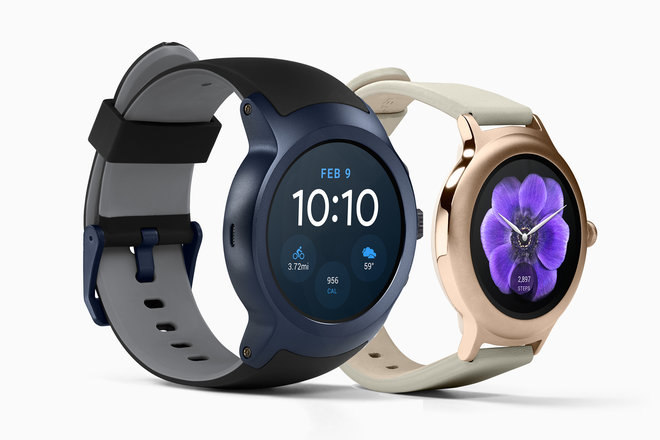 The Verge reported that Jeff Chang, product manager of Android Wear, said Google is planning to launch new watches that will be flagship Android Wear 2.0 devices.

Chang said the device wouldn’t be Pixel branded however, despite the Pixel and Pixel XL launching two months earlier, replacing the Nexus line. Instead, the watches would take the name of the manufacturer that makes them.

Android Police published some renders of Google’s Android Wear smartwatches. The larger device, known as Angelfish, is said to be on the left, while Swordfish, the smaller device, is on the right. 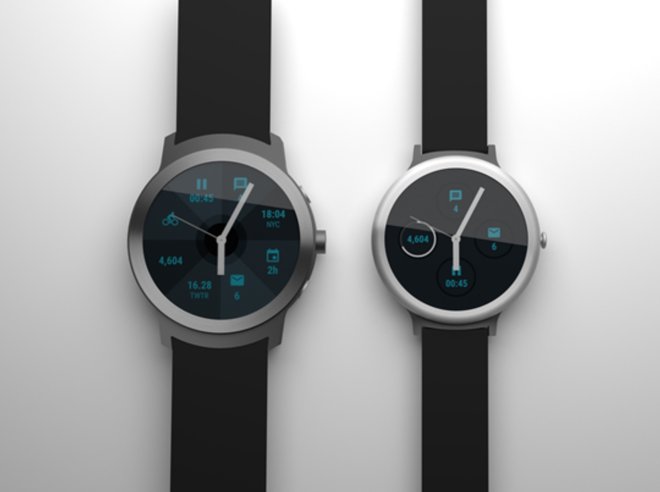 Android Police reported that Google was working on Nexus-branded smartwatches. The two devices were claimed to be Google-made and they had codenames of Angelfish and Swordfish.

Rumours suggests Angelfish was a larger, sportier model which would come with LTE data, GPS and heart rate. Swordfish meanwhile was said to be smaller and miss LTE data and GPS off its features list.

Both watches were claimed to feature circular displays.