Google is introducing phones that feature custom silicon — just like Apple and Samsung. 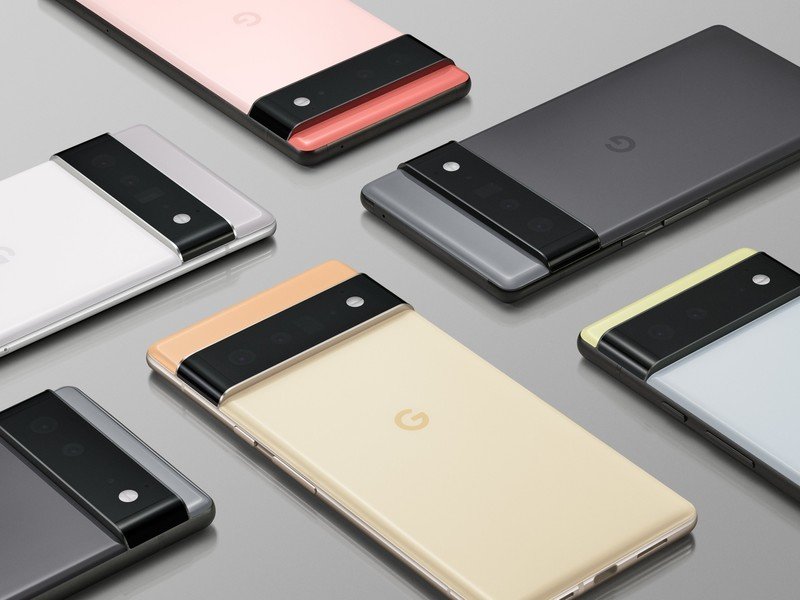 Google makes some of the best Android phones money can buy, and a large part of what makes its phones stand out is the cameras. Although Google hasn’t changed the hardware sensor itself in over three years, it was able to leverage its software prowess to deliver truly outstanding photos from Pixel phones — including the $350 Pixel 4a.

While Google likes to focus on software as a differentiator for its phones, the company is now turning to custom silicon to give Pixels an added edge. With the Pixel 6 announcement, Google has confirmed that the upcoming Pixel 6 and 6 Pro will run its custom Tensor SoC, a custom silicon platform that offers huge gains in on-device AI.

The custom chipsets could end up eventually powering all of its phones and even its Chromebooks, and with it set to debut in the Pixel 6 later this year, we don’t have to wait long to find out what’s in store. Here’s everything you need to know about Google’s custom silicon, including the hardware rundown, security features, camera upgrades, and why this is a big deal for Google’s hardware ambitions. 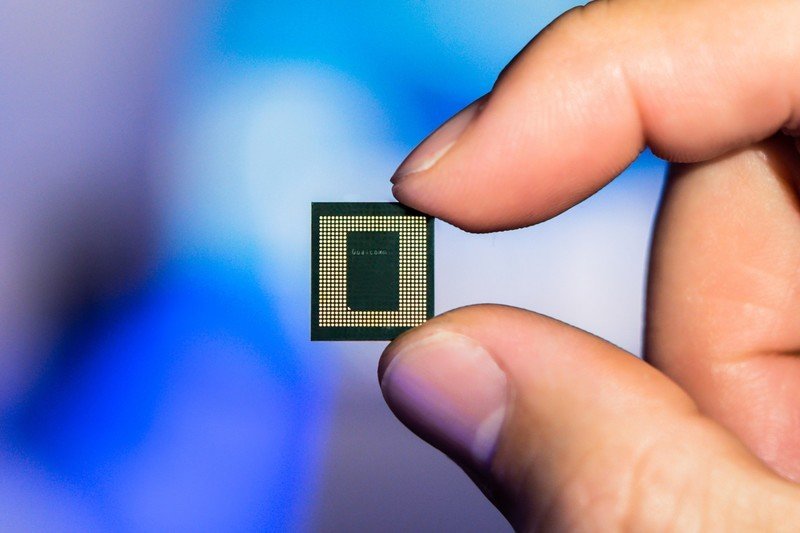 Google relied on Qualcomm to power the Pixel line thus far, but with the Tensor SoC, it is teaming up with Samsung LSI over the design and manufacture of its chipset. Switching to custom silicon allows Google to offer differentiated experiences, and allow the search giant to join the likes of Apple and Samsung.

Google is targeting the high-end segment, putting the Tensor SoC on par with the Exynos 2100.

Although Google hasn’t confirmed that it is working with Samsung over the chipset, all signs point to the Tensor SoC using Samsung’s Exynos 2100 as the foundation. That makes for a very interesting combination, because the Exynos 2100 is right up there with the Snapdragon 888 in terms of performance.

As a refresher, the Exynos 2100 features a single Cortex X1 core, three A78 cores, and four energy-efficient A55 cores. On the GPU side of things, the Tensor SoC is said to use a standard Arm Mali-G77 part. And while Google is making a lot of changes to the AI, ML, and security side of things, the CPU and GPU should be unchanged from the regular Exynos 2100, and that means the Pixel 6 and 6 Pro should deliver the same level of performance as the Galaxy S21 series.

As for the manufacture of Tensor, it is likely fabricated on Samsung’s 5nm node, just like the Snapdragon 888 and 780G as well as the Exynos 2100. The 5nm node should deliver additional efficiency gains, and we’ll have to wait and see how the Pixel 6 holds up in this area.

I’ve now seen evidence that corroborates Google’s next Pixel phones will run on GS101. It’ll have a 3 cluster setup with a TPU and something called “Dauntless” which seems related to integrated Citadel (Titan M security chip). https://t.co/vikLcki1SF

One of the biggest issues with Android phones is updates. Apple offers five years of iOS updates for iPhones, iPads, and MacBooks, but you won’t find anywhere near that level of update guarantees on Android.

Google switching to custom silicon could mean software updates on par with iPhones.

With any new Android update, the phone manufacturer has to work with the chip vendor — Qualcomm, MediaTek, or Samsung SLSI — to ensure new features work as intended. Vendors like Qualcomm release new drivers with every new Android version that incorporate the hardware-level changes, and as it isn’t financially viable for chip manufacturers to continue to do so for five years, they only release drivers for two or three years.

That ultimately limits the number of updates a phone manufacturer can roll out to a device. Currently, Apple delivers five years of updates because it controls the hardware and software stack; it makes its own chipsets, so it can offer long-term updates.

With Google now going this route, we’ll likely see long-term updates on par with the iPhone. Google has to take charge of the update situation on Android, and the best way to do that is vertical integration — controlling both the hardware and software side of things. Google is ideally positioned to change the way we see Android updates, and the Tensor SoC may just be the solution for five-year guaranteed updates for Pixels. 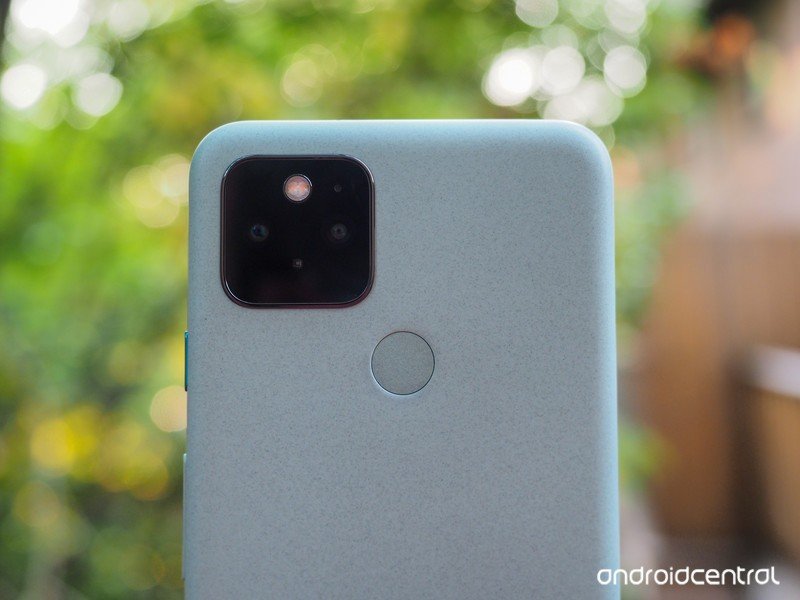 Another exciting area is the camera hardware and software. One of the biggest upgrades with Tensor is the AI engine, with Google set to deliver an entirely new set of use cases on the Pixels. Google has relied heavily on computational photography and AI on its devices, and that’s going to be turbocharged with the Pixel 6 series.

As detailed by The Verge, the dedicated TPU for AI will be used for taking better photos and videos while unlocking new software interactions. Google set the standard for computational photography, so it is exciting to see what advances it can make with custom hardware.

As more and more features are powered by AI and ML, it’s not simply about adding more computing resources, it’s about using ML to unlock specific experiences for our Pixel users.

With Tensor we thought about every piece of the chip and customized it to run Google’s computational photography models. For users, this means entirely new features, plus improvements to existing ones.

While we have some idea about the hardware on offer with the Tensor SoC, what’s unclear at this moment is the 5G modem that Google will end up using on the chipset. Considering Google is working with Samsung SLSI, a reasonable bet would be that the company will just use an existing Samsung 5G modem, but we will have to wait until there’s more information.

The U.S. is a huge market for Pixel hardware, and while we’ve seen 5G phones featuring MediaTek and Samsung chipsets in the country, the mmWave variants all feature Qualcomm modems — including the iPhone 12 series. So Google is in a unique position here, and it should be interesting to see the direction it takes with 5G connectivity.

Samsung, for its part, has a 5G modem with global mmWave connectivity, and while it uses this modem in global variants of the Galaxy S21 series, it doesn’t do so in North America, where it relies on Qualcomm. So if the Pixel 6 series ends up using this modem in the U.S., it will be interesting to see how Samsung’s modem holds up against Qualcomm.

Google Tensor SoC is set to debut on the Pixel 6

With Google announcing that the Tensor SoC will make its debut on the Pixel 6 and Pixel 6 Pro, we’ll just have to wait and see what the devices have in store. But what we know so far is already cause for excitement; the Pixel 6 Pro has a 6.7-inch QHD+ screen with 120Hz refresh, while the regular Pixel 6 comes with a 6.4-inch 90Hz panel.

The cameras are also getting an overhaul, with a new primary camera joined by a wide-angle lens and a zoom lens with 4x zoom. Then there’s the design; Google is going with a bolder design language that makes the Pixel 6 and 6 Pro look striking. Overall, this is turning out to be the most exciting Pixel launch in years.