Both new and existing Netflix subscribers will be eligible for the deal. 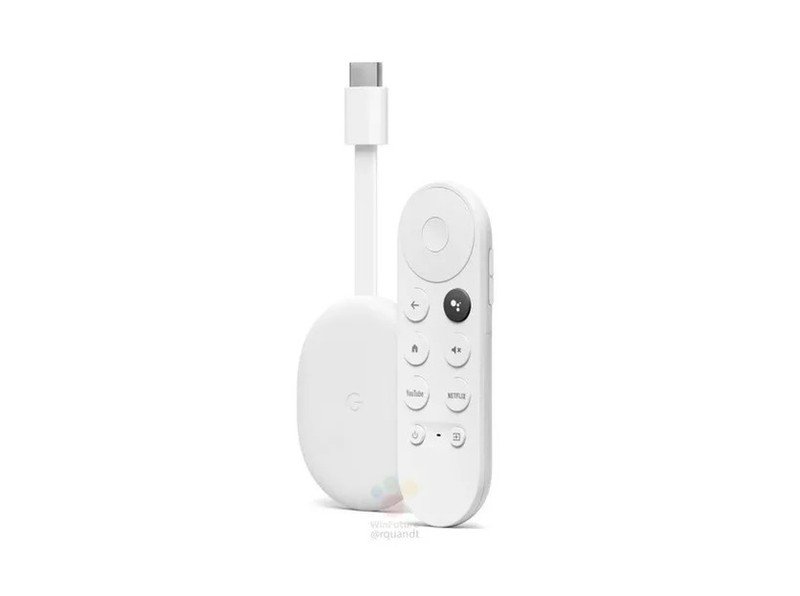 Google is set to reveal a new Chromecast, Nest-branded smart speaker, and two 5G-enabled Pixel phones at its “Launch Night In” event later today. Ahead of the big event, the new Chromecast with Google TV has been spotted on the Canadian Google Store. 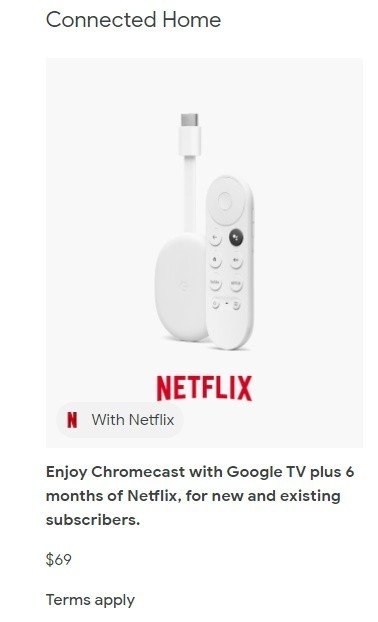 Although the listing is no longer accessible, a Reddit user managed to save a screenshot before it was pulled down. In addition to giving us another look at the new dongle and its voice remote, the listing reveals the Chromecast with Google TV will be priced at $69 in Canada. In the United States, however, the device will carry a lower $49 price tag.

To sweeten the deal, Google will be offering six months of Netflix subscription to anyone who purchases the Chromecast with Google TV from its Canadian store between September 30 and December 31, 2021. Even though the dongle will be capable of streaming 4K HDR content, Google will only be giving away six months of the Netflix Standard streaming plan, which supports 1080p streaming on two screens at the same time.

It remains to be seen if Google will be giving away Netflix subscriptions with its new Chromecast in the U.S. and other markets too.