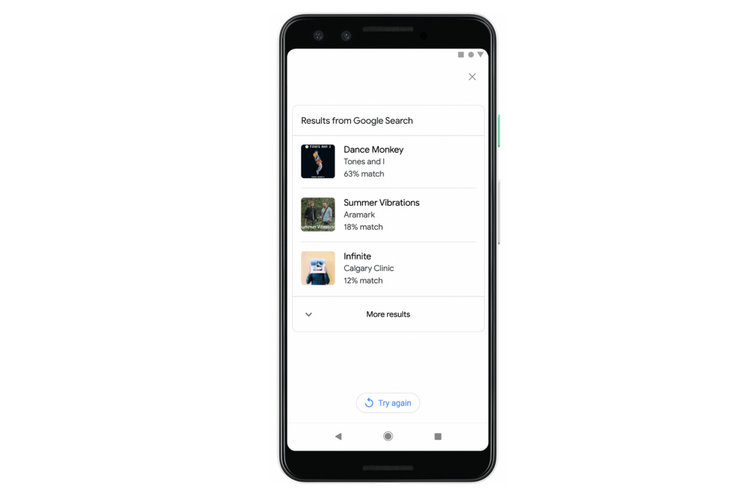 Google is rolling out a new hum-to-search feature and it might just end up being one of the search company’s most useful features.

As you can probably guess from the feature’s name, it’ll allow you to hum a tune to that song that’s stuck in your head, and it’ll find it for you and tell you what it is. Which is just perfect when you’ve forgotten the lyrics, or what song it even is. It’s an AI-powered cure for earworm.

To use it, all you have to do is open up the Google app on your smartphone – whether that be the iOS app or Android app – then say “Hey, Google, what’s this song?” and then hum the tune.

You can also sing words, or whistle the tune and it’ll be able to recognise it from those methods too.

If you’re using the app on Android, the feature supports more than 20 languages, while on iOS it’s currently only available in English.

It works using Google’s expertise in machine learning, with the company likening the process to recognising a fingerprint. Each song or melody has its own fingerprint and so there are machine learning models that recognise those and match it to a real recording.

So whether you just want to know the name of the song or want to play the whole thing because you’ve got a single line or phrase repeating itself constantly in your mind, Google’s latest search tool will offer the remedy.