This year, GoPro is touting a new larger sensor that is featured in the Hero 11 Black and Hero 11 Black Mini. The 1/1.9″ sensor will allow both cameras to take 10-bit 5.3K video at 60 frames per second. The new cameras will be able to take 27MP still photos, and the new sensor will enable an 8:7 aspect ratio for video, giving you more flexibility with the option to create 9:16 vertical shots for social media platforms and also 16:9 videos for traditional movies. Furthermore, GoPro is also debuting something called HyperView, which will make videos look more intense by making “activities look faster.”

In addition to HyperView, the GoPro Hero 11 Black and Hero 11 Black Mini will feature HyperSmooth 5.0, giving users impressive stabilization when on the go. The new cameras will come with three Night Effect Time Lapse modes that will make it easier to capture star trails, light paintings, and trailing tail lights from vehicles. Furthermore, TimeWarp, which is a mode that captures stabilized time-lapses, will now be able to film in 5.3K. Of course, for those more adventurous, the GoPro will still have Pro Controls so that you can dial in your shot just the way you like. The new cameras will also come with the firm’s Enduro Battery, which offers better performance than the standard battery, especially in colder temperatures.

The GoPro Hero 11 Black will be available starting today for $499.99 and at a discounted price of $399.98 for GoPro Subscribers. The GoPro Hero 11 Black Mini will make its retail debut on October 25 and will be priced at $399.99, with GoPro Subscribers getting it at a slightly discounted rate of $299.98. GoPro, formerly GoPro Plus, is a subscription service that costs $49.99 per year and provides an extra layer of warranty coverage, and also offers unlimited cloud storage. 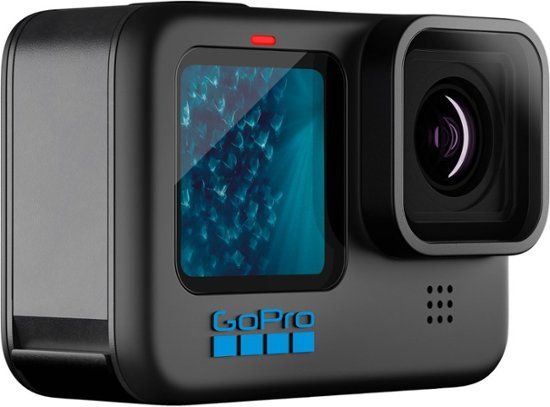