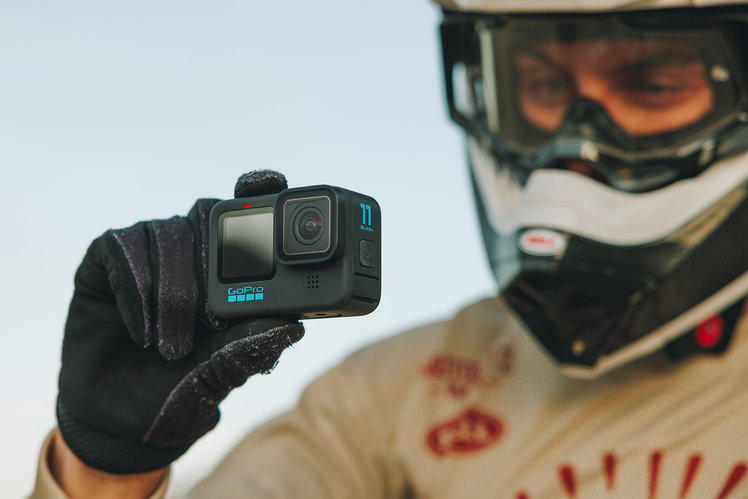 GoPro has introduced its latest action camera, the Hero 11 Black, and it’s available in three flavours.

The brand is also selling a Creator Edition bundle, that comes with a battery grip with built-in buttons, a directional microphone and an LED light.

All three varieties offer the same features and specifications, only the Mini has a non-removable battery with a slightly lower capacity.

The Hero 11 Black’s standout feature is its larger 1/1.9-inch 8:7 sensor, which allows for new shooting modes and 27MP photos.

It can also capture 10-bit colour for the first time, which equates to 64 times more colours than standard 8-bit video.

This is a big deal for anyone that likes to colour grade their footage, as it allows the video to be pushed further without introducing artefacts. 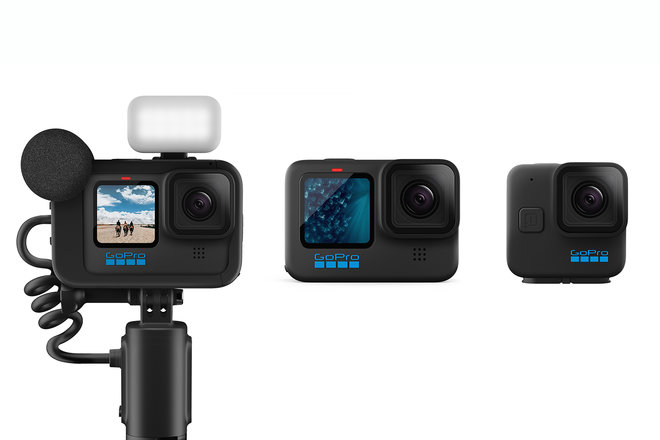 GoPro has introduced a new digital lens with an even wider FOV than SuperView, called HyperView. Meanwhile, SuperView shooting has been extended to more resolutions and can be used at 5.3K 60fps as well as 4K 120fps.

HyperSmooth has been further improved on this model and 360 Horizon Lock adds new capabilities that were only previously possible with the Max Lens Mod.

GoPro’s Enduro battery, for extended cold weather shooting, is now included in the box with the standard and creator edition models.

The brand has also introduced an optional simplified menu scheme for newcomers, that takes some of the hassles out of your shooting.

The Hero 11 Black and Creator Edition are available today, while the Mini will be launching on October 25. Pricing is as follows: