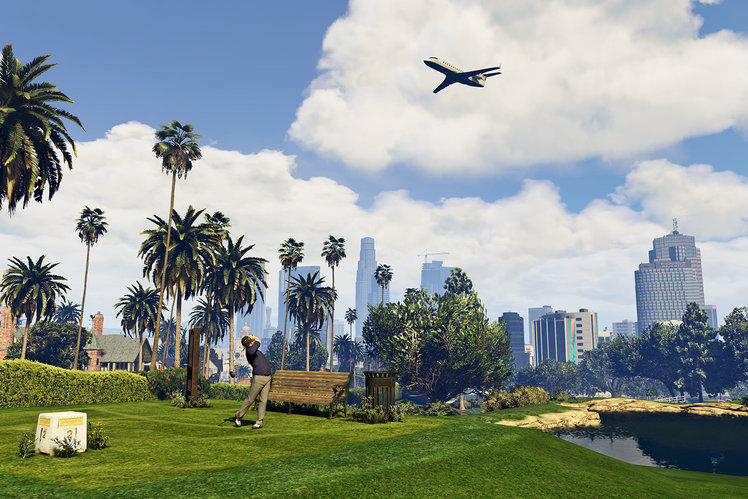 It feels like only yesterday that Rockstar Games was releasing its critically-acclaimed Red Dead Redemption 2, letting us loose into a massive frontier world of bandits and shoot-outs. It surely can’t have been that long beforehand when it set loose the insanely successful Grand Theft Auto 5, can it?

Well, it very much can, actually. GTA 5 may have since been re-released to lengthen its lifespan, but it originally came out in 2013. A lot has changed since then, and with a new generation of consoles finally released, comprised of the PS5 and Xbox Series X and S, rumours are starting to spin that the next game in Rockstar’s most famous franchise could be on its way.

We’ve gathered everything we know about Grand Theft Auto 6 right here for your delectation — let’s get down to it.

Starting with possible release dates, it’s worth giving you a bit of background. While GTA 5 released in 2013, Rockstar couldn’t immediately turn its full attention to developing a sequel. It apparently did start work on GTA 6 in 2014, but meanwhile had the small matter of Red Dead Redemption 2 to make, let alone the PC, PS4 and Xbox One versions of GTA 5, and the PC and Google Stadia versions of Red Dead Redemption 2.

All of those take work, but are now out of the way. That’s the logic applied to a recent leak, purportedly from a playtester who’s been in contact with GTA 6 during development. That source, which remains uncorroborated, suggests that Rockstar is aiming for a 2021 release date.

Now that we’re into 2021, we’re not hugely confident about that, though – that would mean Rockstar announcing and releasing the game within a year, which isn’t too common, and we’ve heard nothing official yet.

Nonetheless, recent rumours suggest that a 2021 teaser announcement could be close, thanks to some strange artwork teases posted by the developer and a “private” video found lurking on its YouTube channel. Still, we think it’s most likely that the game will be fully released in 2022, taking Rockstar’s trademark delays into account.

(1/2)With the help of @SWEGTA‘s new YouTube video, I finally realized that Rockstar is gearing up to announce something. Now at GTAVINR we sincerely hope it’s GTA 6. With a good chance that it will be but putting all the pieces together, a few months ago R* posted a job listing

That all said, another kernel of information can apply here, in the form of Rockstar North’s 2020 claims for UK Tax Relief. There’s a bit of controversy rumbling over whether you can really call the likes of GTA and Red Dead Redemption 2 “culturally British”, as the tax scheme requires, but nonetheless Rockstar’s accounting shows a steady flow of tax relief in recent years.

As pointed out by Tax Watch, this is suggestive of continuous development, and some are using it as an indication that GTA 6 is underway. That’s a bit of a stretch, since the tax claim is entirely generic and doesn’t mention any franchises, but still – we know they’re up to something!

Now, there’s another option here – 2K, which publishes the Grand Theft Auto series, recently updated its fiscal plans to allow for a much-increased spend on marketing in 2023, some time off for now. In fact, it expects to spend double what it has planned for 2021 and 2022. That’s fuelled speculation that it expects to be marketing the next GTA game in 2023, and will be spending big bucks on it.

We also had even more fuel poured onto the fire by a report from Jason Schreier over at Kotaku, looking as he had before at the work culture at Rockstar, which is famously demanding. The report mentions that according to his sources the next Grand Theft Auto is indeed in the works, but remained at an early stage of development.

Recently, eager fans also spotted that Rockstar had added a new blog post to its news section that isn’t currently live – post 62005. They’re hopeful that this means some sort of announcement post is being built at that address. For our money that’s insanely optimistic, but at this stage you can’t blame anyone for getting their hopes up!

Finally, it’s been spotted that Rockstar is in a hiring phase for game testers, something often associated with the final stages of a game’s development. While this could point toward GTA 6 being at an advanced stage, it could of course also be simply required for other projects Rockstar has cooking, like GTA 5’s next-gen version.

All this adds up to the same picture, roughly – the next GTA is definitely on the way, but you shouldn’t get your hopes raised too high that it’ll appear soon. 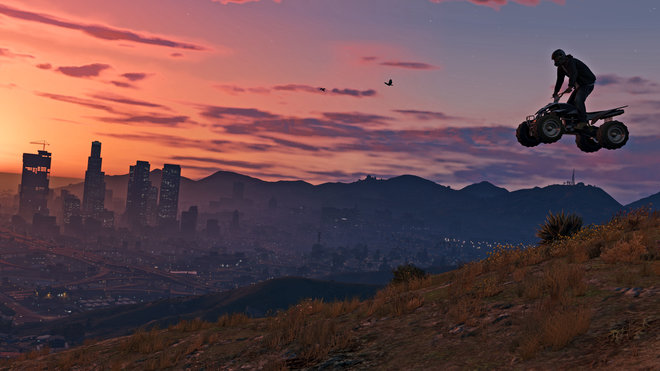 Probably the other key detail contained in that first big leak around GTA 6 concerned the platforms it’s likely to release on. Obviously, GTA 5 came out toward the tail end of a console generation, releasing on the PS3 and Xbox 360, then being re-released with better performance and graphics on the next set of consoles.

Apparently, that pattern won’t be repeated with GTA 6, though. The leak suggests that the game will be exclusive to the Playstation 5 and Microsoft’s Xbox Series X and S.

Given that those consoles will likely have been out for at least a year upon release, that’s entirely credible.

However, given that Red Dead Redemption 2 took a lot less time to come to PC players than GTA 5 did years ago, it would be slightly surprising if GTA 6 doesn’t also make its way to PC within a year of release.

Waiting for details on a new GTA game generally involves one major area of speculation – where will it be set? While characters and storylines are just as subject to interesting details, there’s something about GTA’s setting that feels like the most pivotal choice Rockstar has to make. Whether it’s Liberty City, Los Santos or another metropolitan area, the playground in which players will run riot is a big question mark hanging over the game.

At the moment this is where speculation is focused, with GTA Online players at one point becoming convinced that GTA 6 will take place in Vice City, GTA 3’s much-loved, neon-soaked alternative version of Miami. The reasoning behind this? GTA Online’s racing DLC, Open Wheels, has a race circuit that looks suspiciously like the outline of a map that would include Miami, as well as a chunk of Mexico. The outline does look fairly clear, as you can see in the image below, but obviously Rockstar is keeping its own counsel at this stage. 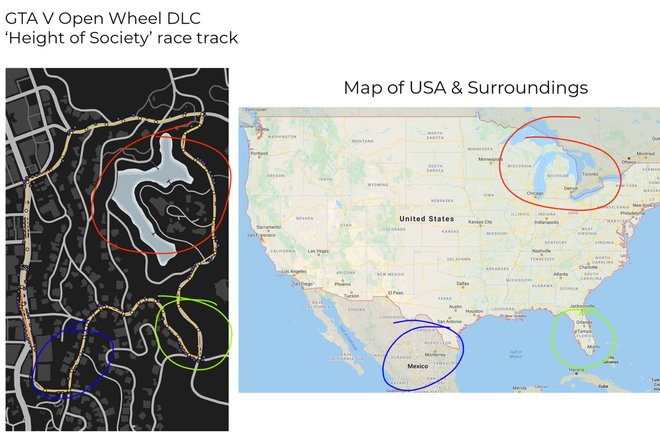 This idea had a little bit more detail added to it by an alleged leak, which purportedly came via the friend of a disgruntled ex-Rockstar employee. If the information is to be believed, the game will be set in Florida, and have a map bigger than GTA 5 and Red Dead Redemption 2 combined, covering three cities including Vice City. Players will apparently be able to control four different protagonists, expanding on GTA 5’s three main characters.

Now fresh rumours have circulated that this roster will include a female playable character for the first time in the series, something that’s long overdue in our minds. The info comes courtesy of Tom Henderson, a longtime leaker who’s made accurate claims in the past.

For the first time ever in a GTA title, GTA 6 will have a playable female and male protagonist. #GTA6 #GTAVI

There have also been suggestions elsewhere that Liberty City (from GTA III), San Andreas (from GTA: San Andreas, natch), and the Midwest could feature, or maybe even all of the above for different sections.

Regardless, expect the game to push the boundaries of what the new hardware from Sony and Microsoft is capable of. There’s no guarantee that the game world will be bigger and more detailed than the map from GTA 5, but that’s certainly how things seem to be trending. 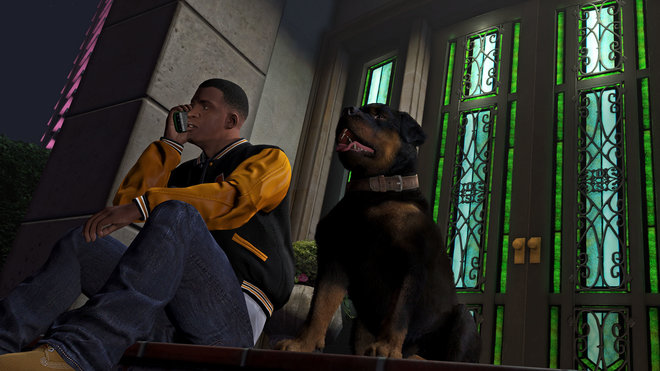 The main story of each GTA game so far has involved criminality, as a rule, but the exact flavour is always up for change. A crucial bit of information when it comes to GTA 6’s narrative is that Rockstar’s co-founder, Dan Houser, left the studio in March 2020.

That means that one of the studio’s key tastemakers and writers has departed, someone who, together with his brother Sam, has shaped the franchise’s tone from the very beginning.

Now, on the one hand, given the likely timing of the game there’s a good chance that Dan Houser was able to have solid input and impact on the script and story before his departure. On the other, if he was on his way out it’s very possible that he wasn’t nearly so involved. That means we could be in for a change of voice for GTA 6.

Exactly how that would manifest is hard to guess at, but it’s an interesting development for Rockstar, that’s for sure. Another recent rumour was started by an old patent filed by Rockstar in 2017:

Now look at this excerpt from a 2017 patent from Rockstar Games.
Looks like we‘ll be able to „improve“ neighborhood in the game, and this will change them to be gentrified.
Holy shit. pic.twitter.com/gRcT5nhCoR

It sure sounds credible that Rockstar could be looking to tell a story that involves gentrification and the creep of capitalism – fertile ground for some fairly easy satire, dare we say it? A changing city that responds to the players actions in the story, though, is a pretty compelling idea.

The latest tidbit to surface about the game’s story relates to its setting in time. Since people are speculating that it could return to Vice City, there have been questions over whether the game will be set in the 1980’s again. According to prolific leaker Tom Henderson, though, it’ll be a modern-day title like GTA V.

Henderson has been proven right a fair few times in the past, so this is an interesting development for sure. We’ll keep adding more details to this round-up as and when new information comes out or actual announcements are made, so be sure to keep checking back.