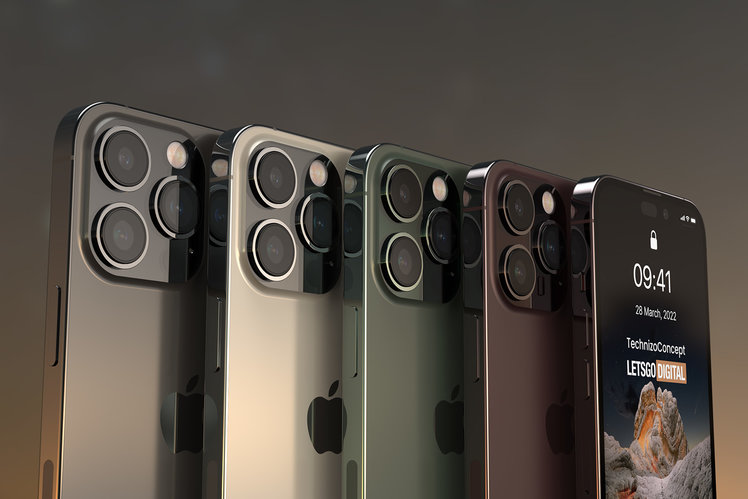 There have been a few iPhone 14 Pro leaks in recent times – mainly of CAD schematics showing the potential dimensions of Apple‘s next flagship handset.

We’ve seen line drawings showing the iPhone 14 Pro from the front, side and rear. And two separate sources seem to have posted similar design sketches within days of each other.

Neither of them look quite as stunning as the renders posted by Dutch website LetsGoDigital, however.

Based on the aforementioned CAD diagrams, the renders have been built by graphics designer Parvez Khan of Technizo Concept and show a phone similar to the current iPhone 13 Pro but with the new pill and hole-punch cutouts on the display rather than a traditional notch.

The pill will house the Face ID camera, while the FaceTime camera will be sited behind the punch-hole at the top of the display, it is said.

We’ve previously heard that the iPhone 14 Pro will have the same screen size as the 13 Pro – 6.1-inches – so most of the other new technology will be found inside the phone.

That could include an A16 Bionic processor, which will distinguish the handset over the non-Pro models for 2022. The rumours state that the standard iPhone 14 devices will stick with the A15 chip.

We’ll update as and when we hear more but, for now, enjoy the stunning renders which you can flick through above.