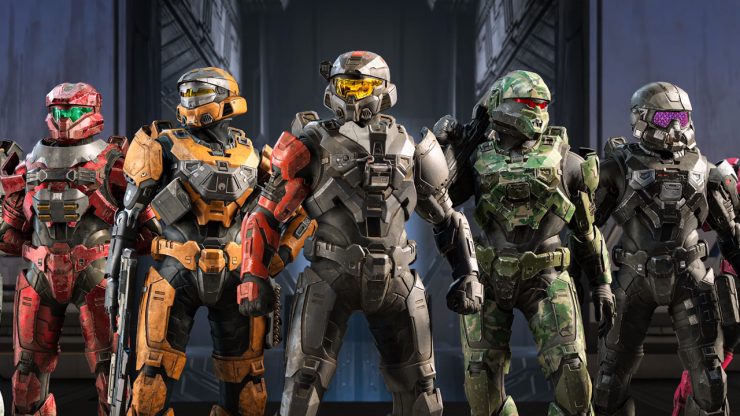 Halo Infinite’s first technical preview/closed beta/flighting (or whatever you want to call it) kicked off yesterday, and even if you didn’t get in, there is plenty of interesting info to be gathered from it. First off, YouTube channel ElAnalistaDaBits put the tech test through its paces and their findings were encouraging. Both Xbox One X and Xbox Series X are supposed to have both Quality and FPS modes, but they aren’t both active right now. At moment Xbox One targets 1080p and 30fps, Xbox One X 4K and 30fps, Xbox Series S 1080p and 120fps, and Xbox Series X 4k and 120fps. Aside from resolution and framerate, and some somewhat better shadows and ambient occlusion on Series X/S, all the versions are more or less the same.

So, how does Halo Infinite perform? The base Xbox One mostly holds 30fps, albeit with some stuttering and frame-pacing issues, while Xbox One X is rock solid at 30fps. Looking at next gen, Xbox Series S is mostly a solid 120fps, with the occasional dropping of a frame or two, while Xbox Series X struggles somewhat to maintain 4K/120fps, hovering around 110fps and dropping as low as 90fps. You can check out the full analysis for yourself, below.

In other interesting news, the Halo Infinite testing app may hint the game will be getting multiple campaigns, which would jive with 343’s promises that Infinite will be more of live service platform rather than a single one-off game.

There will be multiple campaigns for Halo Infinite, according to recent a screenshot.#HaloInfinite pic.twitter.com/ShgdTNSSKI

Finally, before we close this article, there are reports that the Halo Infinite beta has been datamined revealing certain details about the campaign and plot. It’s questionable whether these leaks are the real deal, but still, be on guard for spoilers.

The F2P Halo Infinite MP suite will launch alongside the core single-player game on PC, Xbox One, and Xbox Series X/S sometime this holiday season. You can get in on future testing by becoming to Halo Insider.