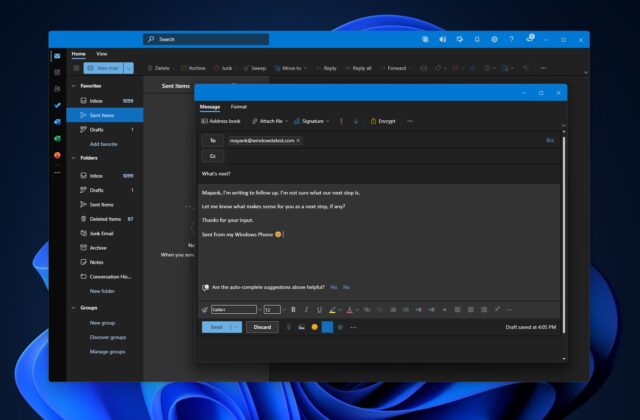 Microsoft has been working on getting its apps ready for Windows 11. The company has already refreshed the native apps like Media Player and MS Paint, and now Outlook is also seeing a refresh that’s being prepared for public testing.

As we reported earlier this year, Microsoft has been secretly working on a new email client for Windows 11, Windows 10 and macOS. Via the deleted job listings/document, we know that the project is internally dubbed “Project Monarch” and it’s also known as One Outlook.

Microsoft’s new app is essentially a reboot of the Outlook website with deeper Windows 11 integration. Currently, there are several ways to access your work and personal email. The company offers multiple email clients, such as the Microsoft Store-based Outlook UWP and Outlook desktop app for Windows.

The Store-based Outlook was first released on Windows 8 and it was later updated with Fluent Design on Windows 10. At the moment, Outlook UWP is lagging behind Outlook web and Outlook desktop in terms of functionality and performance, drawing criticism from the community.

Microsoft is apparently unable to maintain these many Outlook clients, which is why the company thinks it’s time to create ‘One Outlook’. Way back in May 2021, we spotted a download link to an unreleased Outlook client, but it wasn’t working at that time.

Today, a server-side update has been released and it allows anyone with a Microsoft work account to log in.

As you can see in the above and below screenshots, Microsoft’s new Outlook app is based on Outlook.com, but it comes with deeper Windows 11 integration and uses Microsoft Edge’s Fluent Design. 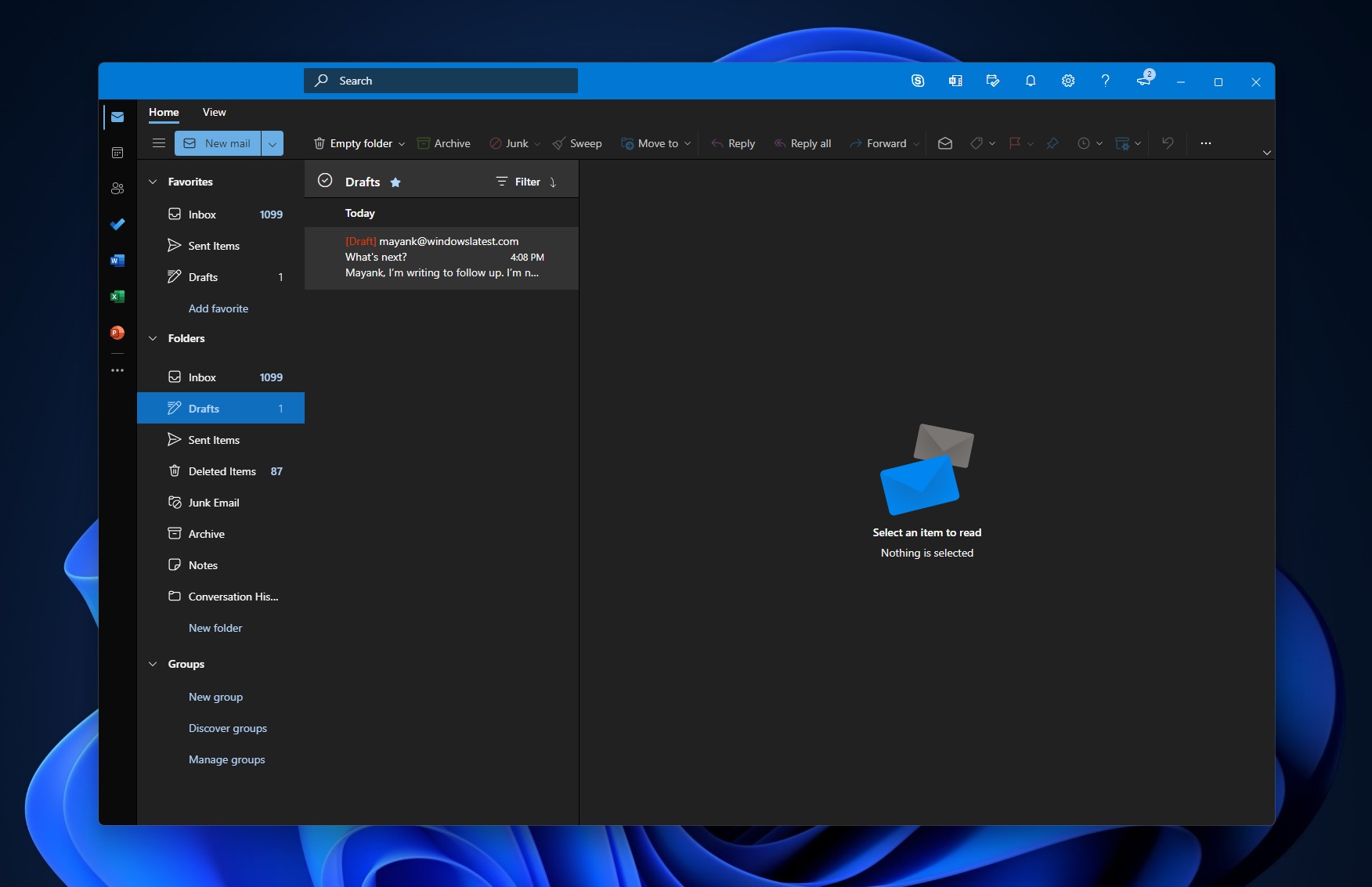 This new app is part of the ‘One Outlook’ project that the tech giant is working on. Since the app is based on web components and Edge, Microsoft is hoping to consolidate all Mail apps into it. 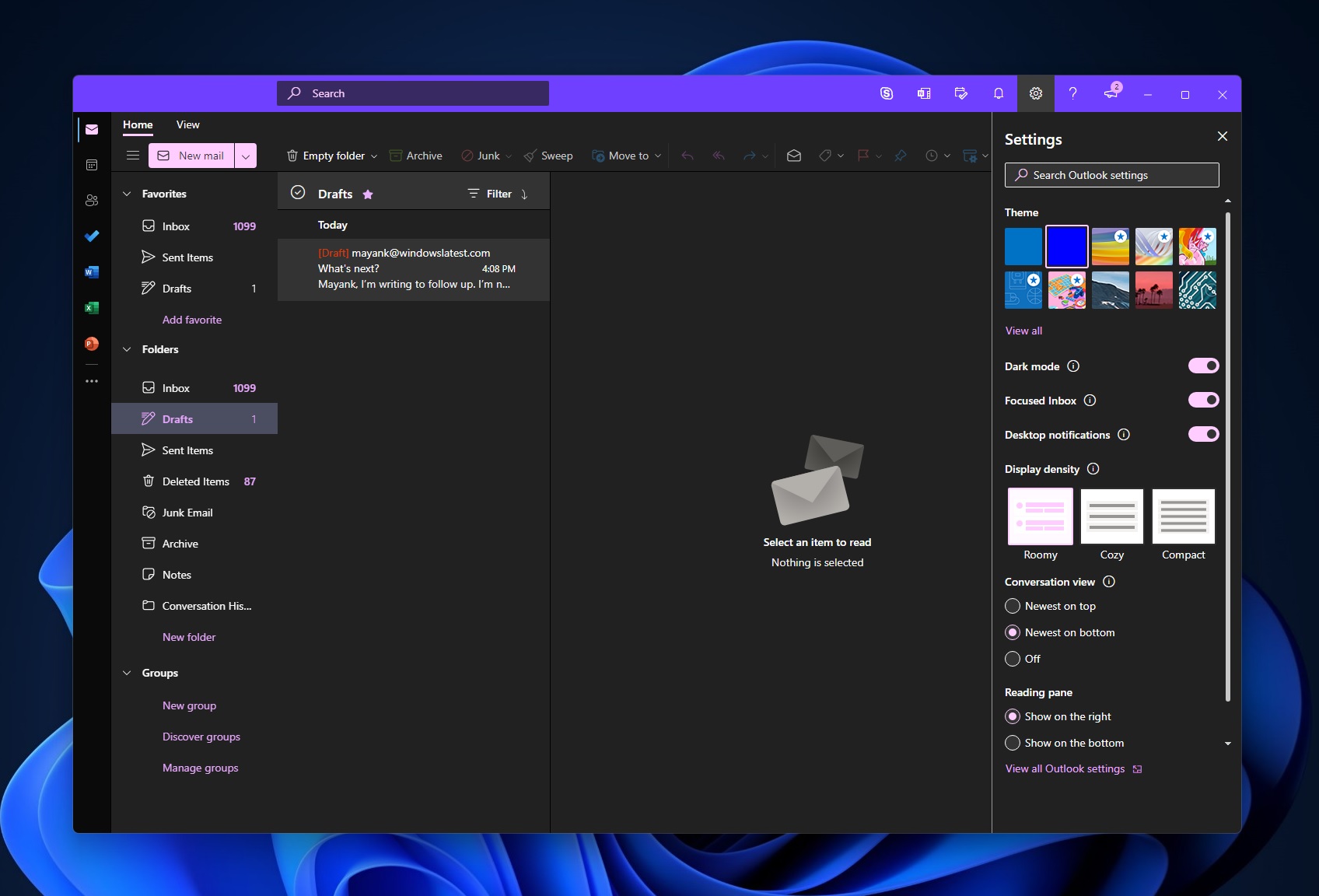 One Outlook will allow users to manage their mail across Windows 10 and Windows 11, without having to install another mail app.

According to sources, Outlook web will also debut on macOS and it makes sense as the web app works everywhere. Having the same email app across all desktop platforms will also reduce confusion as users won’t have to teach themselves how to use Outlook on a different platform.

New One Outlook isn’t available for everyone yet and it only works with work or education accounts at the moment. It’s most likely that it will be officially announced as we approach the Microsoft Build developer conference.

The post Hands on with new Outlook app for Windows 11, coming soon to macOS appeared first on Windows Latest