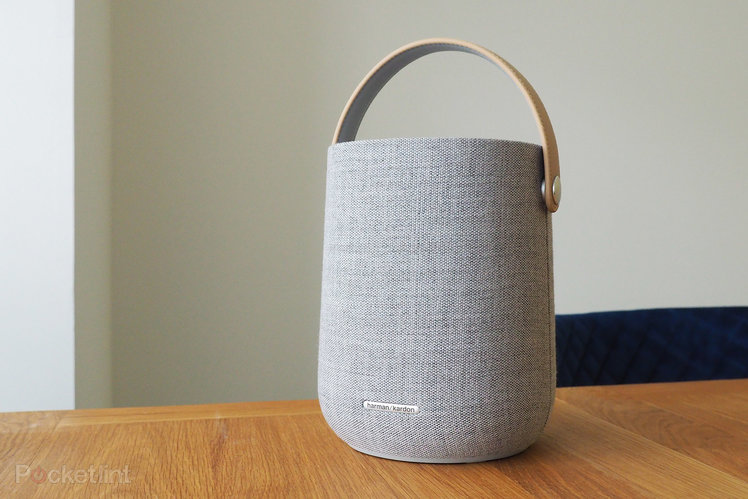 Speakers have evolved a whole lot over the years, so why lock yourself to either a wired at-home one or a smaller battery-based portable? The Harman Kardon Citation 200 is the best of both worlds: a Sonos Move-rivalling speaker in terms of scale, sound and portability, but at a much more appealing asking price.

It ticks a lot of features boxes, too, by offering Wi-Fi, AirPlay and Bluetooth connectivity, so it’s super easy to connect whether you’re an Apple or Android phone user. There’s even built-in Google Assistant voice compatibility (Wi-Fi only though) which gives it appeal to those who might be looking at, say, a Google Nest Audio.

Because, if you want big sound that smaller smart speakers can’t offer then, well, the Citation 200 absolutely belts out the sound. If you want big, bassy sound in a great-looking design that’s also portable then it’s a stellar offering that should also see Sonos shaking in its boots (literally, given this speaker’s low-end impact).

A key design feature of the Citation 200 is its smart leather handle – that’s the bit that says “hey, I’m a portable speaker”. With the grey Kvadrat fabric model, as reviewed here, that handle is an attractive brown colour, while the material covering the body gives a real dynamic texture. 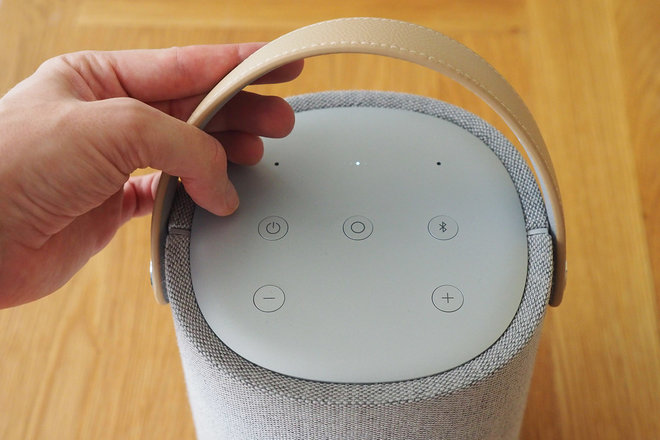 The Citation 200 is also available in black, but that also means the handle is black too and, frankly, we think it looks a lot more boring in that finish. It’s hardly as if picking grey is being bold anyway, eh?

As we said when we first saw the speaker back at its launch at CES 2020, we do wish the product name was a bit more blatant in telling you why you should buy one. “Citation 200” hardly yells that this is a portable at-home speaker, does it? There’s obviously a spectrum to this, though, with Bose going the whole hog with its Portable Home Speaker. But sometimes it helps to state what it does on the tin.

Anyway, now that you know the Citation 200 is indeed portable, you’ll be pleased to know it also comes with its own charging cradle, much like the Sonos Move. Ok, so the Harman Kardon one doesn’t look quite as smart – it’s an oversized grey puck really – but it’s very effective. When the speaker is docked it’s just a normal home speaker. Grab the handle to remove the speaker – without having to fuss with any cables, clips or anything else – and, bosh, job done, it’s now portable. 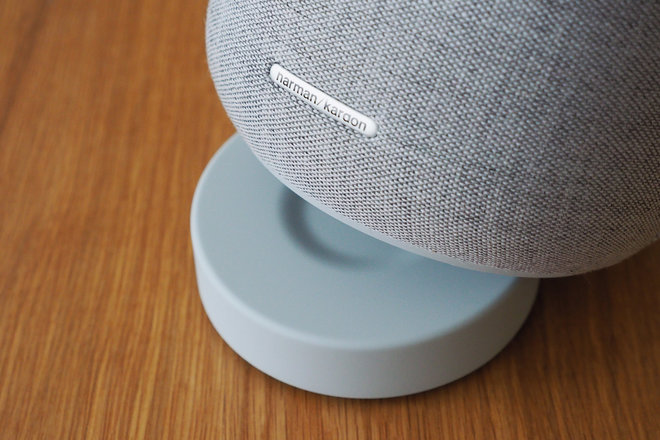 We did wonder how often we’d use this speaker as a portable. The answer: a lot. Because its sound is so massive we’ve been carting it from the back of the kitchen to by the cooker to drown out the extraction fans; from kitchen to the living room when having a weekend tipple; and even upstairs and into the bathroom when soaking in the tub on a chill-out Sunday.

You might gasp at that last one because why would any sane person get a speaker near to steam and condensation? Well, it doesn’t matter here: the Citation 200 is IPX4 waterproof, meaning it’s protected from splashes in any direction. Just don’t put it in the actual bath. It’s also not dust-resistant, so don’t take it to the beach either. It’s not that kind of portable, though, which you can probably tell from the look anyway.

The Citation 200 boasts eight hours of battery life when it’s away from its dock, which is plenty of albums and streams when it’s being used around the house. Or in the garden. Or park. Or wherever it is you wish to use such a speaker. Popping it back onto the stand for a recharge is super easy, of course, although the 3 hour time-frame to get it topped back up to full is a bit slow if you ask us. 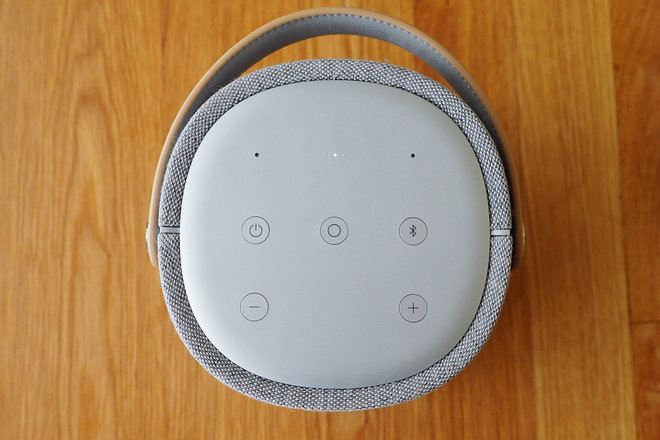 As for sound. Wow. The Citation 200 really packs a sonic punch. It’s easy to look at speakers’ specs and see various checkboxes ticked. As one example this Harman Kardon says it can cater for bass down to 40Hz. Sure, so can plenty of other speakers. But when we’ve been testing bass music tracks the sheer welly this speaker gives in the low-end department is stupendous. It’s like there’s a proper built-in subwoofer.

Now, we know, some people will find this degree of bass washing over everything to throw the balance of sound. That could be the case for certain tracks and genres, but we’ve not found it to be of concern or a problem really. All we’ll really say is that the Citation 200 doesn’t quite have that pinpoint precision when it comes to delivering mid-range snap and high-end sparkle to counter the low-end stuff. 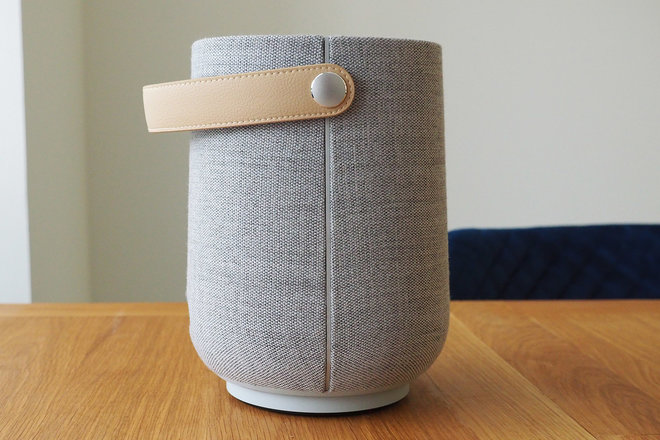 Where you place the speaker is also of key importance. Although it looks almost cylindrical, it’s not a 360-degree output, it’s a forward wall of sound by design – because there are only two drivers inside, not the multiples you’ll find in some competitors. Not a problem, of course, just face it in the right direction and ensure it’s high enough – plonking it on a carpeted floor will see the bass take over as the mid-to-highs get adsorbed.

The Citation 200, with 50W of power, is also very loud indeed. You can fill big spaces with this fairly small speaker. All while looking better than, say, the Ultimate Ears Hyperboom, which is why the Harman Kardon will be so appealing to many – it looks kind of unassuming, but it delivers sound that’s loud enough to bite. 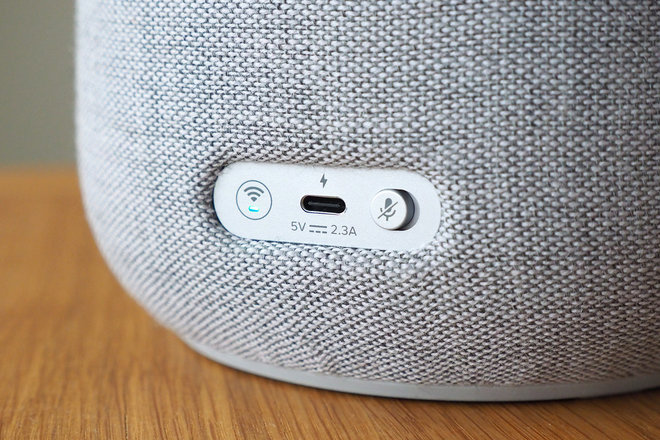 It’s got its teeth right into us, too, as we love the way it grabs hold of rock’n’roll tracks to provide a solid groove, gives proper thump to kick drums – Black Coffee is our go-to mellow Afro House guy right now – and warbling, impactful bass to any underground productions that dare go big on the low-end.

Connectivity is varied too, with Wi-Fi and AirPlay catering for Apple and Android users alike. We’ve been Casting from Spotify using Google Home no problems. If you’re wanting to use Bluetooth only then you’ll need to forego the voice assistant, but oh well, that’s not a big surprise – and the same with Sonos’ Move.