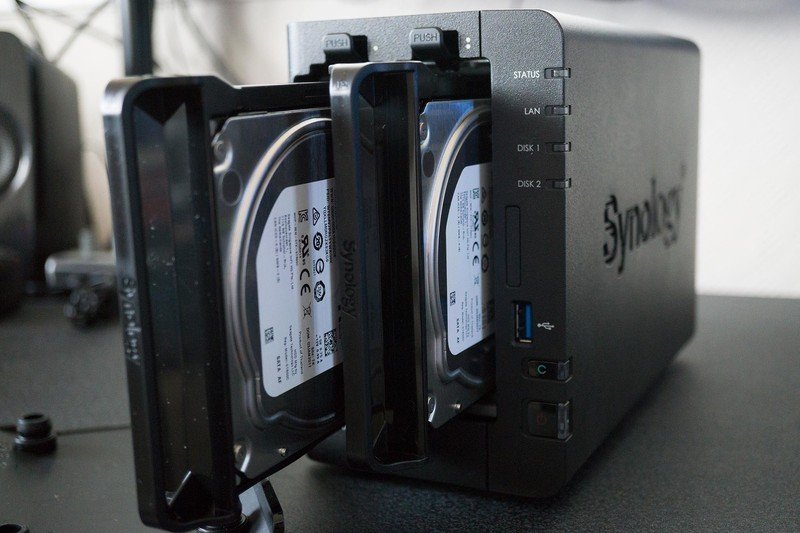 Choosing the right hard drives for your network-attached storage (NAS) is incredibly important. Western Digital and Seagate are the two giants for storage, and both companies offer an almost identical offering specifically designed with servers in mind. This makes it easy to select the right drive(s) for your NAS. However, out of the two, we’d go with Seagate IronWolf because of speed for the price. You may also want to check out our lists of the very best NAS for home and best NAS for Plex. 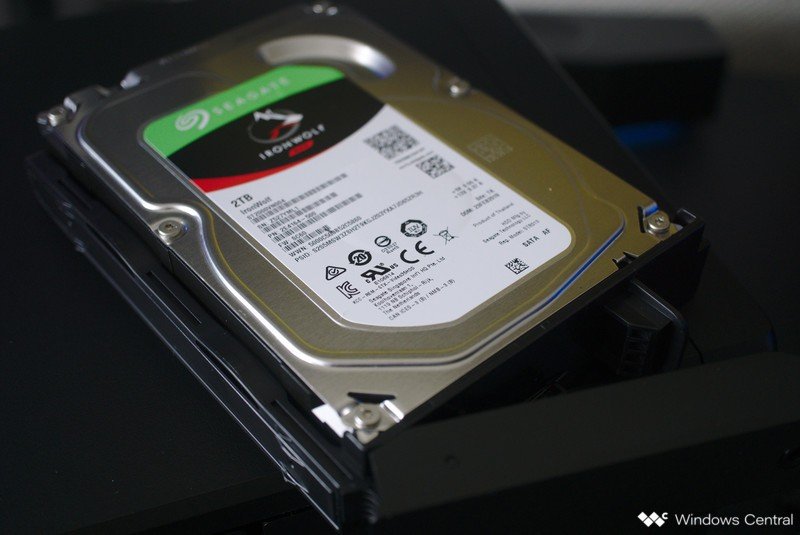 The Seagate IronWolf series is the company’s solution for NAS setups, rivaling the Western Digital Red, but with faster speeds and larger storage capacities available. Like AgileArray, similar technology is implemented to offer enhanced performance and reliability over desktop drives, and these units can be installed in boxes that support up to eight bays. IronWolf Pro is the next step up with slightly more expensive drives but increased supported bays, workload rates, and a limited warranty.

Most importantly, these drives can be run 24/7 without shutdown. The IronWolf family of NAS hard drives come in 1TB, 2TB, 3TB, 4TB, 6TB, 8TB, 10TB, 12TB, 14TB, and 16TB versions and with three-year warranties. Do note that only configurations of 4TB and above sport rotational vibration sensors. The 6TB and above models run at 7,200 RPM.

If you want the best of what Seagate has to offer in terms of NAS storage, have a look at the IronWolf Pro series. All the Pro drives spin at 7,200 RPM and can handle 250MB/s of sustained data transfer, with bursts of around 6Gb/s. There’s also an extended 5-year warranty and a 300TB per year workload limit. The Pro line of Seagate IronWolf drives also support up to 24 bays. 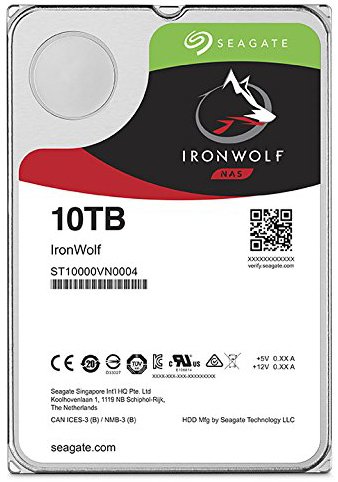 Seagate has a substantial collection of drives that are specifically designed for use inside NAS. The higher capacity drives even have faster motors. 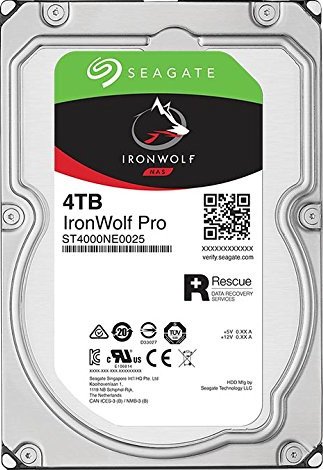 When you require a more powerful NAS

These drives are super-fast, packing in 7,200RPM motors that can allow for up to 250MB/s of sustained data transfer, with bursts of around 6Gb/s. 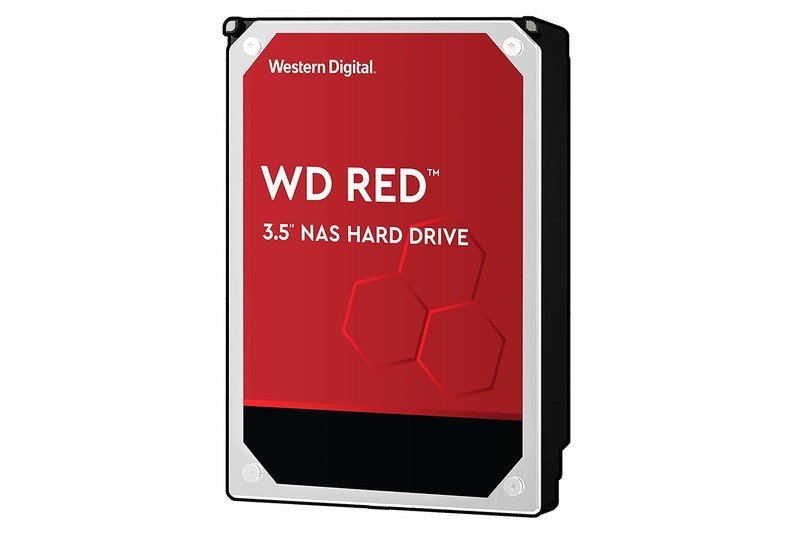 Much like Seagate, WD has been making storage solutions for PCs for many years, and it offers reliable drives for any NAS. As with the Seagate drives, I recommend at least 4TB. WD’s Red hard drives are manufactured for NAS use and can be deployed in systems that support up to eight bays. Backed by 3-year limited warranties and a powerful brand in the storage market, WD drives are well known to be of top quality, and they last a long time. Red isn’t the fastest hard drive series on the market, but using them in a RAID formation can make up for this.

This particular series of drives comes in 1TB, 2TB, 3TB, 4TB, 6TB, 8TB, 10TB, 12TB, and 14TB versions. Each drive comes with the company’s NASware 3.0 for enhanced reliability and performance. It’s also worth noting that WD doesn’t ship any mounting brackets or screws with these drives.

What makes WD drives appealing is that every capacity option has vibration protection, but if you need faster speeds (drives that run at 7,200 RPM), you will need to fork out more for the Red Pro series. 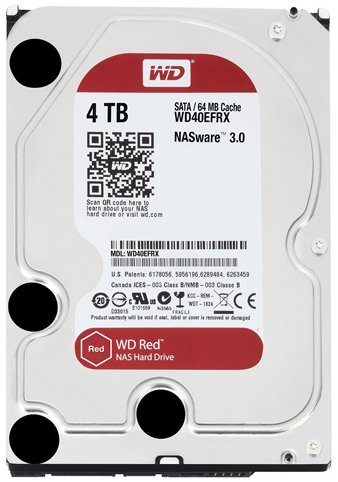 Perfect hard drives for your NAS

Western Digital has been making storage solutions for PCs for many years, offering reliable but somewhat slower drives for your NAS. 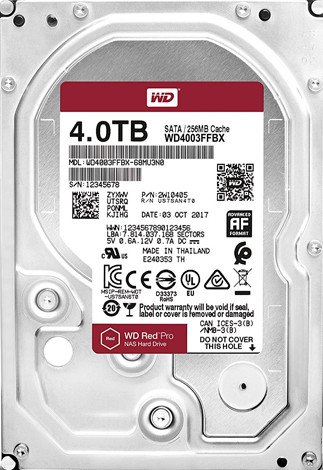 Western Digital’s pro series of drives are even more capable and can support up to 24 bays, come with a five-year warranty, and more advantage features.

Whether you go with Seagate or Western Digital, it’s always a good idea to pick up a hard drive designed for NAS use. All of the drives mentioned here fit that bill. While you can technically use a traditional desktop-class drive, I’d recommend against doing so. Desktop-class hard drives aren’t designed to be operating continuously, and they’re not backed by extended warranties, nor do they come with advanced protective features you find on NAS drives.

Seagate comes out slightly on top since Western Digital doesn’t offer any 7,200 RPM drives unless you pay more for the Red Pro series. Everything else is pretty much identical between the two storage families. This extra speed found in higher capacity drives from Seagate means increased access speeds, which is essential for storing and loading files on your server — looking for hard drives to install into your NAS? Go with the Seagate IronWolf.

If you need even more performance, go with Seagate IronWolf Pro, which will provide 7,200RPM motors that can allow for up to 250MB/s of sustained data transfer, with bursts of around 6Gb/s. We’ve gone into detail on how to pick the right NAS to work with your Plex media server, and these drives will fit the bill perfectly.