Instead of upgrading to the latest version, maybe an attempt was made that failed, the administrator might want to upgrade to an earlier version, e.g. Windows 10 version 1909 instead to continue being supported.

How to download any Windows 10 ISO directly from Microsoft 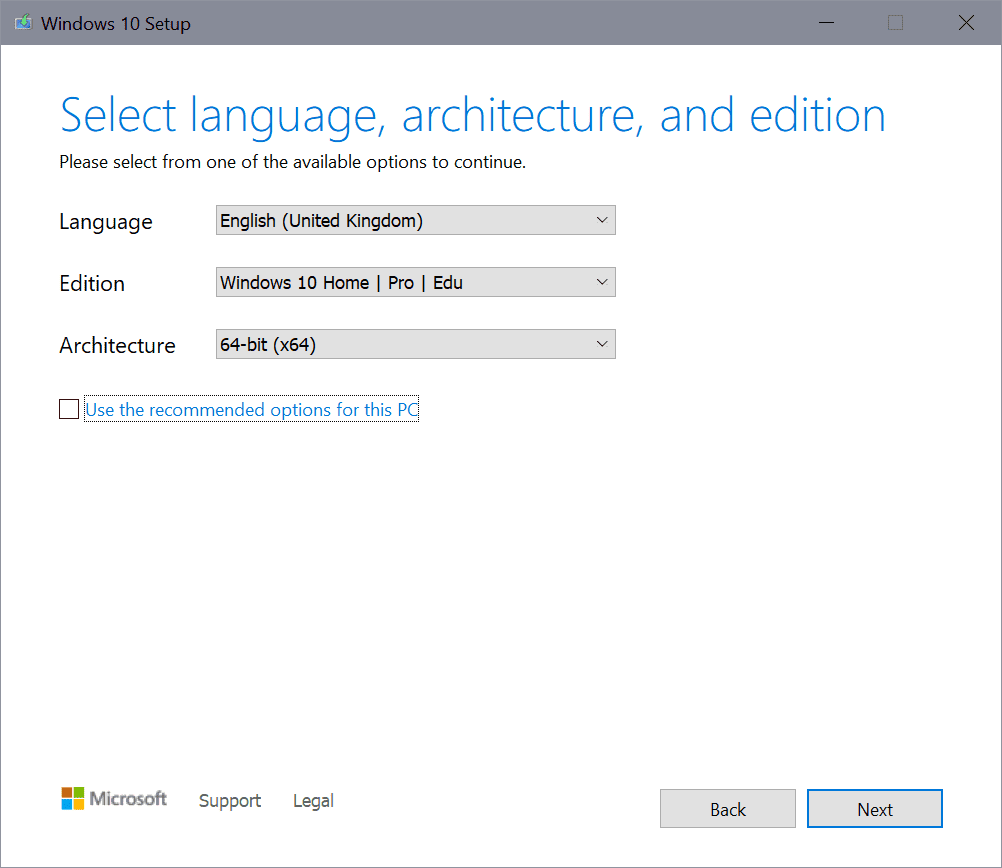 What if I told you that there is a way using Microsoft’s own tool? All you need is this Windows batch file and the latest version of the official Microsoft Media Creation Tool. (Note that you need to select the RAW button next to MediaCreationTool.bat, and right-click on the page that opens and select Save As to download the file. It may be in .txt format, so remove that if that is the case using File Explorer.

Tip: if you are concerned about the bat file, open it in a plain text editor to see exactly what it does.

Download both files to the system and place them in the same directory. All that is left then is to execute the MediaCreationTool.bat file and wait for the Windows 10 version list that it displays after execution. 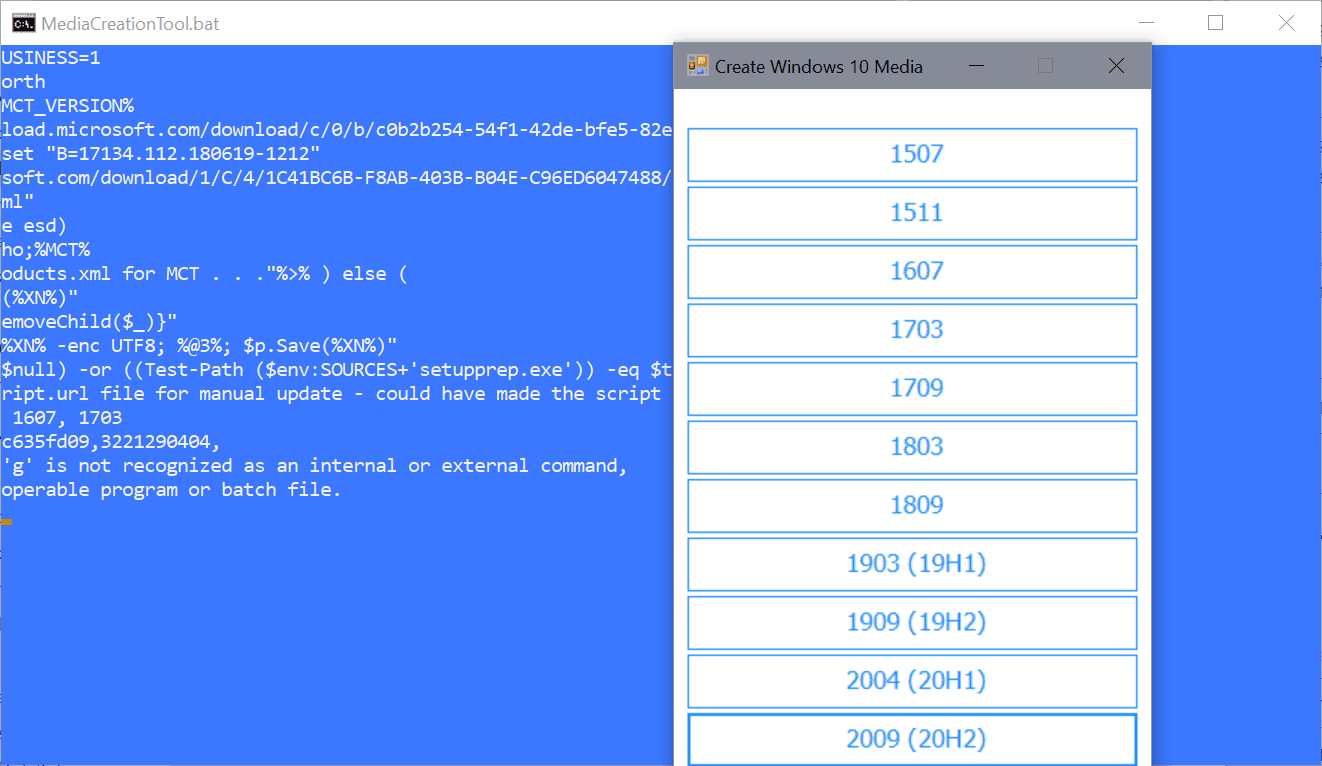 As you can see on the screenshot above, all major Windows 10 release versions are currently being offered. All files are hosted on Microsoft servers and downloaded straight from these servers using the official Media Creation Tool.

Once you have selected the version of Windows 10 that you want to download, you will notice that the Media Creation Tool is launched. It is business as usual from this point forward; just follow the instructions — accept the terms, select the language, edition, and architecture, and decide whether you want to download the ISO or put the system on a USB drive in preparation for installation — and that is all.

Naturally, it is also possible to install that version right on the system the tool is executed on.

The batch file provides administrators with an elegant way of downloading any Windows 10 ISO image to the local system; ideal for installation of that previous version or upgrading existing versions to that version instead of the latest that is being offered.