A leak has appeared online that apparently confirms a new look for Windows 11 File Explorer and Windows Settings, with context menu and app windows getting rounded corners, rather than the sharp corners we currently have.

The screenshots were posted on Twitter by someone working for Microsoft and it was promptly deleted, but we managed to grab the screenshots.

As you can see in the images below, Microsoft is working on a new design for the File Explorer app in Windows 11 with Fluent Design, acrylic (blur effect), new colourful icons and WinUI-like controls. The new File Explorer also ditches the ribbon menu, which is found at the top of the app and was first introduced with Windows 8. 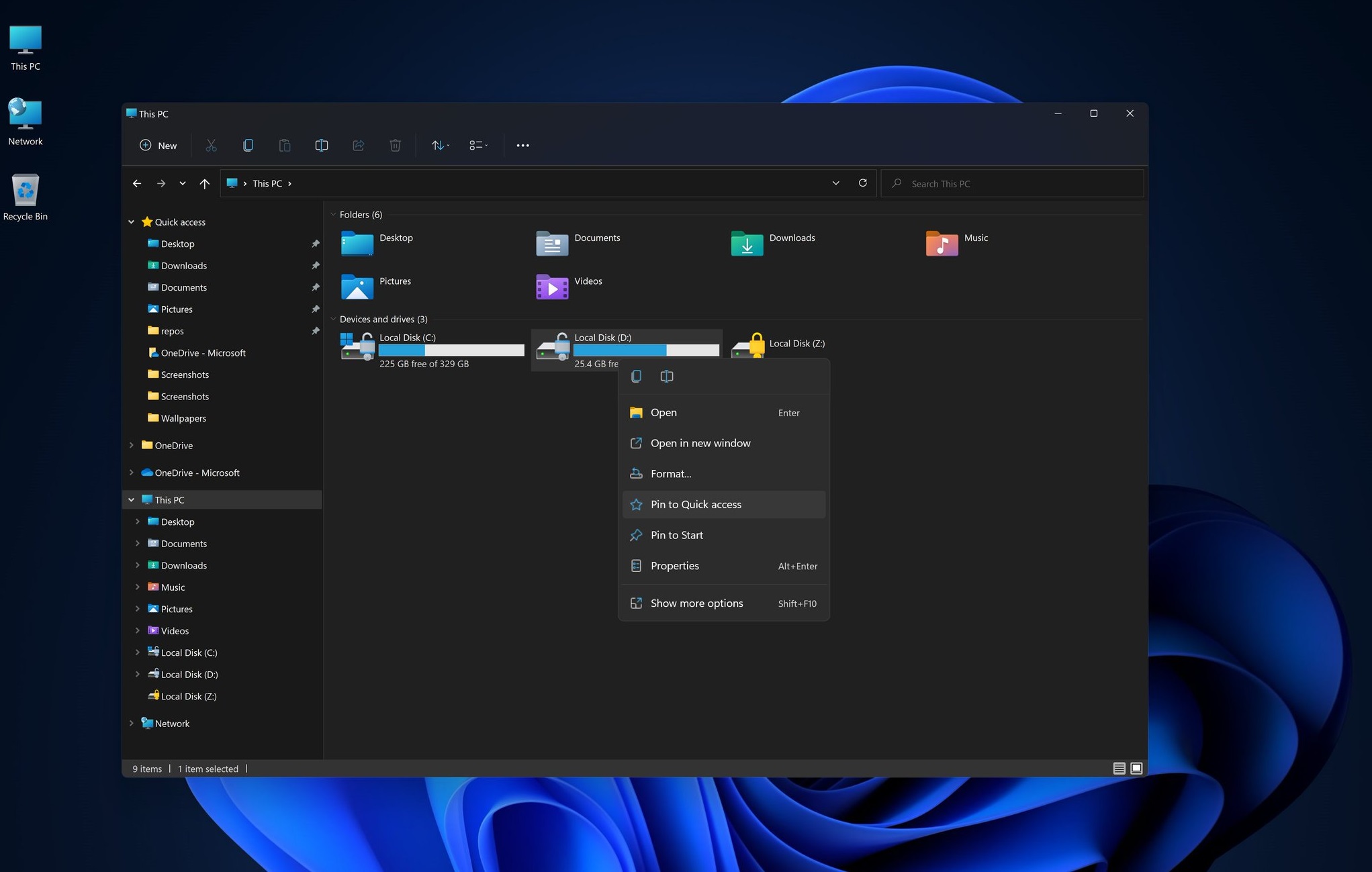 The new File Explorer comes with a simplified “header” menu and new icons for all in-app buttons. The header includes a row of basic actions that will allow you to create a new folder, rename/delete items, share files using the Windows Share menu, and more. All these buttons have new icons too.

You can still access advanced options by clicking on the new ellipsis button at the end of the File Explorer header area.

Additionally, File Explorer is now modern and cleaner. The context menu has been completely redesigned with acrylic transparency and rounded corners to fit with the rest of the Windows revamp.

The latest leak has confirmed a whole new look for the Settings app. The Settings app has been redesigned with a radically different look and it is now using a new navigation menu on the left, similar to Control Panel.

It comes with a slightly reorganized layout which enables easier access to all your PC settings. We’re also getting new pages to customize the touch keyboard, Windows snapping, multitasking and other advanced features like “Wake on Touch” in the new operating system.

The settings app will also display a profile picture of your Microsoft account at the top of the window.

Overall, this new Settings app is similar to the one we already have in Windows 10, but Microsoft has improved the design by using Fluent Design’s transparency effect.

In addition to Explorer and Settings, Microsoft is also working on a new Photos app and Office apps for Windows.