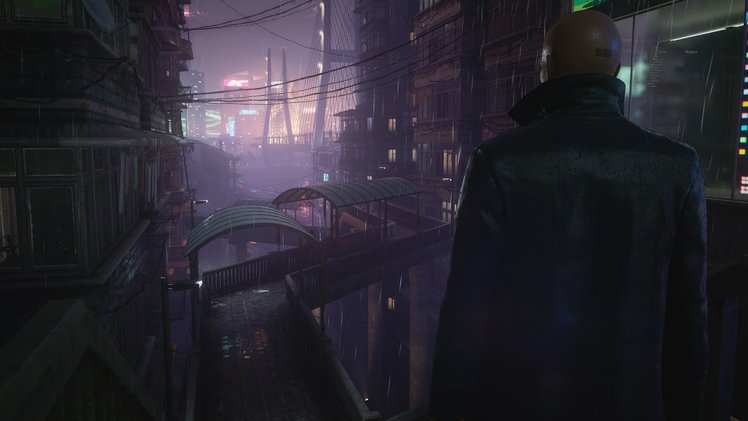 Agent 47 is back once again – for the third and final instalment in the Hitman trilogy – where this time his mission is to seek out and destroy the partners of Providence.

Hitman 3 takes the tried and tested format of the previous two Hitman games – Hitman was super, Hitman 2 was next-level impressive – and promises to build upon it with new puzzles, an interesting persistent shortcut system, a full-blown virtual reality mode (on PlayStation VR anyway) and much more besides.

So, is the third Hitman instalment an advance on the stealth game formula or just more of the same that you know and love? We’ve been busy committing various accidental deaths in order to find out…

The entire trilogy in one package

Like the previous games, Hitman 3 consists of a campaign, contracts missions, side missions, and the sniper challenge mode. What makes things different this time, though, is if you buy the Deluxe Edition – or if you already own the previous games – then you get access to Hitman and Hitman 2 inside Hitman 3. Though this is a bit trickier on PC due to the Epic Store exclusivity.

This is interesting, not only because it keeps everything in one place, but because you can carry your progress over from Hitman 2 into Hitman 3. This includes unlocks, XP rank, suits and equipment.

Also things you unlock in the new game can then be used to replay previous levels from the other games in the series to make things even more interesting. This already hints at one of the main appeals of Hitman – the replayability of the sandbox design.

Hitman 3 once again features six different missions in the main campaign. These missions take place in variety of impressive locales from around the world. One moment you’re exploring the grounds of a large rustic mansion in England, next your in the busy night-time streets of Chongqing, China, or in a make-shift nightclub in Berlin.

Six locations might not sound like much, but in each of those you’re primed to take out one or two targets as well as look for story missions or side quests. We found it took us around nine hours to complete the main campaign, but we’d barely scratched the surface of all the content at that point.

For each location, Hitman 3 offers up a number of choices for not only how you get to the target, but how you finish them off.

From our play time with the game it felt like there’s a lot more options for elimination of the victim than ever before – and that’s saying a lot as there’s always been loads of them.

So whether you’re poisoning someone, garrotting them, spiking their drink and then drowning them in a toilet, or simply using a trusty silenced weapon to despatch them, there are plenty of options open to you.

This is Hitman’s signature sandbox style – and it’s always a pleasure to get stuck into. Following targets and tracking their moves, working out when to strike and whether or not you can get away with making it just look like an accident for that coveted Silent Assassin rating is a thrill. But one that requires patience and planning.

A perfect example of how it works was demonstrated by our various sessions with the mission “Death in the family”. Here, Agent 47 has been sent to the grand and imposing manor in the murky English countryside.

The goal here is – as it always is – to assassinate a target. But the plot thickens when you discover a private detective has been hired and is in attendance on the day of your arrival. A murder mystery follows, for a crime you didn’t commit, but one you can investigate if you manage to don the clothes of said detective.

On our first playthrough of that mission, we broke into the grounds, shimmied up a drainpipe and through a window while the detective was being ushered through the front door.

The initial plan was to take the clothes by whatever means and have a poke about the grounds for clues. But when the target walked into the room and stood by a window wistfully staring off into the distance, it seemed too good an opportunity to miss. That led to the perfect hit – so as long as we completed the mission and exited without being seen we’d get the Silent Assassin award – meaning the ultimate prize. 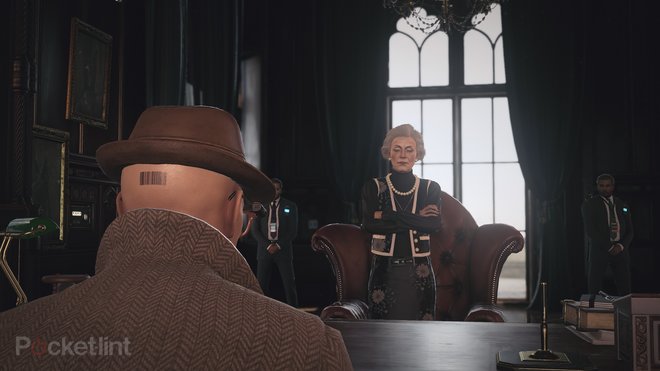 On the next playthroughs we discovered plenty more opportunities to take the target out. Some of them you’ll even see briefly mentioned on the challenges screen before you start a mission, then you just need to work out how to pull them off.

Needless to say: our target came to an unfortunate end in various ways (but we’ve signed a document stating we can’t tell you about them – so dig in people, go discover the various sadistic ways, and have fun yourselves).

The fun of this mission is actually found in the detail – as you unveil clues to unravel the murder mystery, while also finding key intel on completing your own mission at the same time. It’s this sort of experience the developers want players to have: the thrill of finding new ways to complete your mission and opening up extra mission stories in the process. 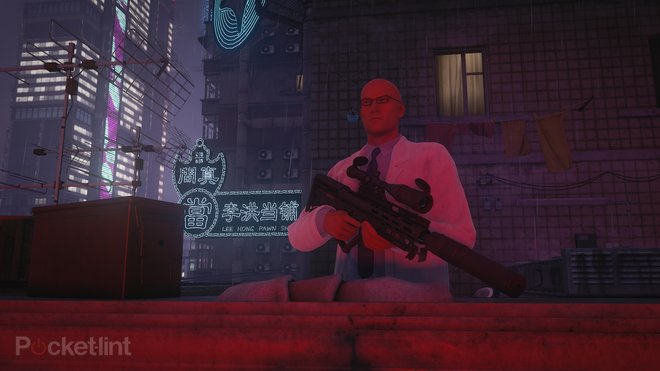 As you wander around the map, sneaking from place to place, trying to remain unseen, you’ll come across varies non-playable characters (NPCs) chatting with each other. Sometimes ear wigging on their conversation can lead to new possibilities and avenues to explore.

One way the sandbox system has been tweaked and improved for this third instalment is with shortcuts that can be unlocked for future playthroughs. As you go through the locations you’ll find locked doors or blocked ladders that if you open will then allow you to start in a new place next time you play, which opens up new possibilities. 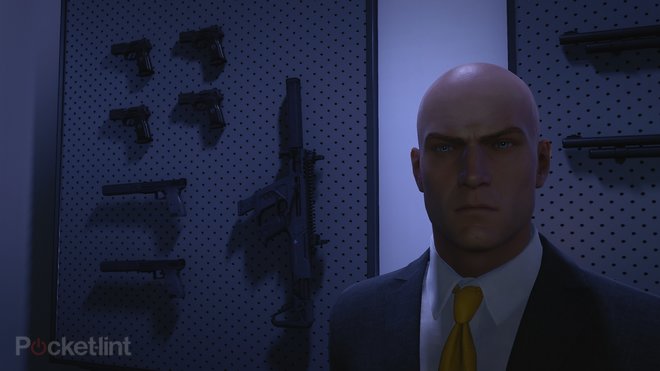 As standard a camera is now included in your inventory that can be used to reveal clues, scan for intel, or to hack doors or windows and security equipment. This opens up yet more possibilities and adds an extra dash of interest too.

Complete challenges and you’re also given new equipment to take in with you that can help. The addition of a lock-pick, security bypasser or a poison syringe as a basic tool can make a world of difference – or just give you new ways to carry out the mission and make new discoveries.

Those challenges also add a lot of replayability to each mission. As it’s not just about assassinating a particular person and then leaving, you also get awards for all sorts of things. Donning different disguises, killing your targets in different ways, destroying security cameras, completing the mission without changing out of your suit, and much more besides.

There are more difficult challenges to make things trickier too, like ones involving taking out two targets at the same time with a single bullet or explosion or with weapons you don’t enter the game with. There’s plenty of variety here and it’s up to you to find it.

Ultimate satisfaction is delivered when you pull off the more complex moves too. There’s one challenge, for example, which involves getting an NPC to murder the target, without even saying a word to them. Watching events like that unfold can be a lot of fun.

There are also various different puzzles to solve to keep things interesting. Not just how to get through certain doors or past guards but also opening a locked safe, clearing out some pesky birds that are holding back story-based events, and destroying files hidden in a secure room.

In short: there’s plenty to keep you busy in the campaign. There’s also a number of other modes to keep you hunting; escalations, contracts mode, sniper assassin, and ghost mode. 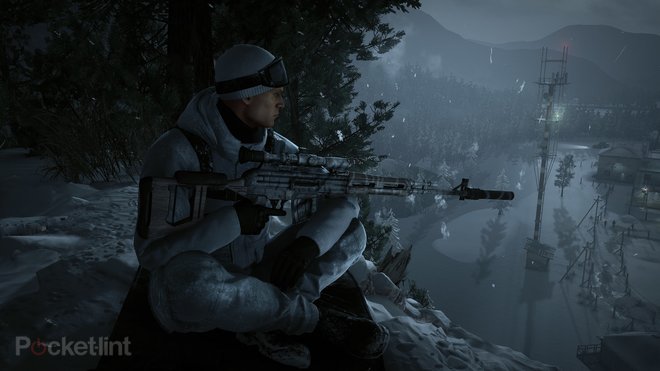 Contracts has always been one of the most interesting modes, letting players replay locations but choosing new targets, how they’re eliminated, and then setting that as a challenge for others to play.

Visually pleasing – with more to come

We took to playing Hitman 3 on PC with a decent gaming machine and plenty of power to max out the settings. As such we were greeted with a number of gorgeous scenes, with superb lighting and a wonderful atmospheric vibe. 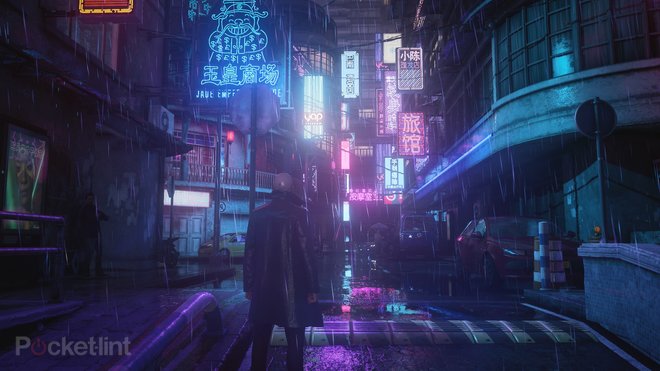 The game’s developer, IO Interactive, has done a stellar job of crafting another great-looking game in the Hitman series. That said, we did think it felt a little underwhelming in places compared to the likes of Cyberpunk 2077, which is insanely beautiful with the addition of ray tracing settings. The developers say that ray tracing and other improvements will be coming to Hitman 3 later in 2021 – but are not available at launch.

The bonus is Hitman 3 runs really well on current hardware and we were seeing around 150fps with everything turned up to max. After playing on Xbox Series X too, we’re confident the experience will be great no matter the platform you’re using (unlike Cyberpunk). But it does feel a bit like Hitman 2 in terms of some world environments and in-game characters. Other sections like in the nightclub or out in the pouring rain in China while surrounded by neon lights look magnificent though.

Our playtime was also almost entirely bug free, with the exception of frustrating crash to desktop problems if you dared to Alt+Tab out of the game for any reason. Something that could easily be patched out. 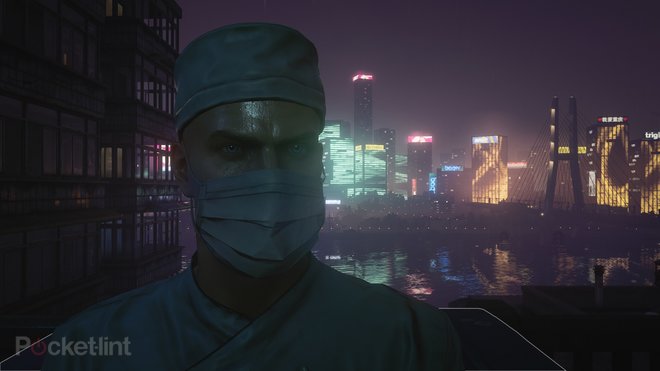 One small gripe we did have is some of the NPCs in the game can feel a bit soulless. You’ll walk around the map and see people talking or going about their business and they’re believable in such settings – but larger crowds can sometimes seem less convincing (or maybe it’s just that we can’t remember the last time we saw crowds in the real world).