Nokia has finally introduced its smartphones, Nokia G11 and Nokia G21, in the European market. Both these phones come with Super Battery Saver Mode, which Nokia specially develops. The specifications and design of both the G21 and Nokia G11 smartphones are similar. It is reported that both the phones come with ExpressVPN pre-loaded for 30 days trial. Additionally, users will also get 30 days subscription with this.

Nokia G21 will go on sale in UAE from March 9, and at the moment, there is no information on when and with what features this phone will be launched in India.

The 3GB RAM + 32GB storage variant of the Nokia G11 has arrived in the UK with a price tag of AED 499 (roughly Rs. 10,200). The device comes in Charcoal and Ice colors. The handset is expected to be released in a few other markets later this year. 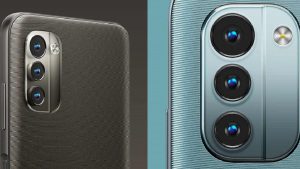 The Nokia G11 packs a 5,050mAh battery that supports 18W charging but comes with a 10W in-box charger. For security, it offers features like a side-facing fingerprint scanner and face unlock that works even when wearing a mask. Other features include dual SIM support, 4G VoLTE, Wi-Fi, Bluetooth 5.0, GPS, NFC, USB-C, a Google Assistant Key, and a 3.5mm audio jack.