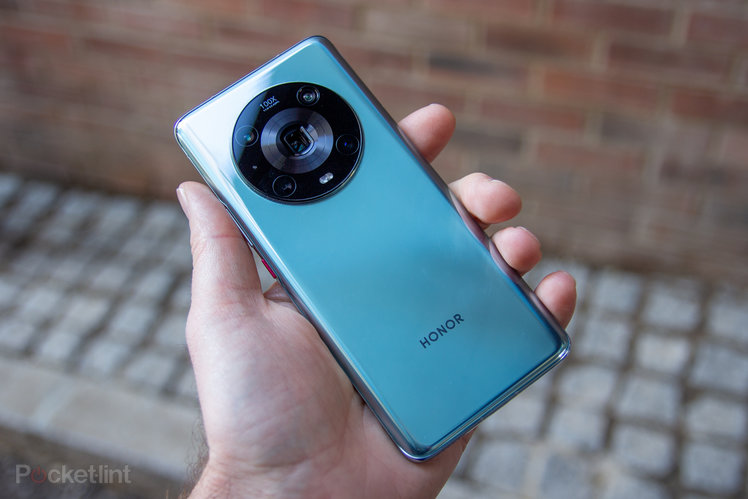 Honor announced the Magic 4 Pro in February 2022, just 6 months after the international launch of the Honor Magic 3. Indeed, look at these phones and you might not immediately see the difference, but different they are.

Instead this perhaps is a signal of intent: Honor wants to be taken seriously and no sooner had the Honor Magic 4 Pro been announced, but the Honor Magic 4 Ultimate was also unveiled, more or less replacing the Magic 3 Pro+ position.

We spent a little time with the phone as we await its availability. 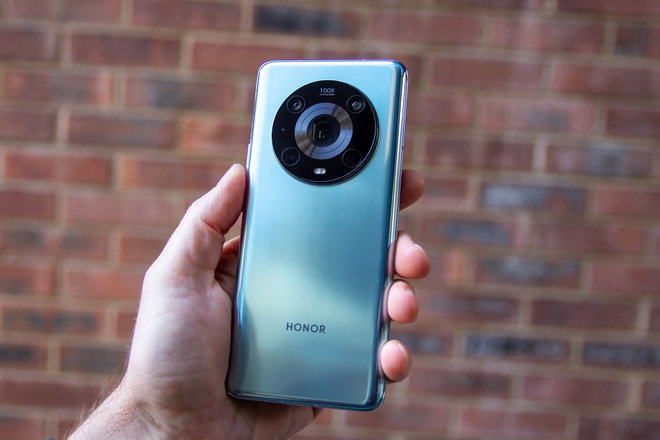 What the Magic 4 Pro gives Honor is a veritable flagship phone, designed to be at the top of its game and the build quality reflects that, although it has more than just a passing resemblance to the Huawei Mate 40 Pro. These companies may be separate, but the design of the phones hasn’t totally diverged, yet.

There’s an IP68 protection rating, curved glass front and back so that this large phone fits in your hand: it’s very much running from the flagship phone playbook. It looks great too, that rear Cyan colour shimmering in the early morning sunshine in London when we saw the phone. 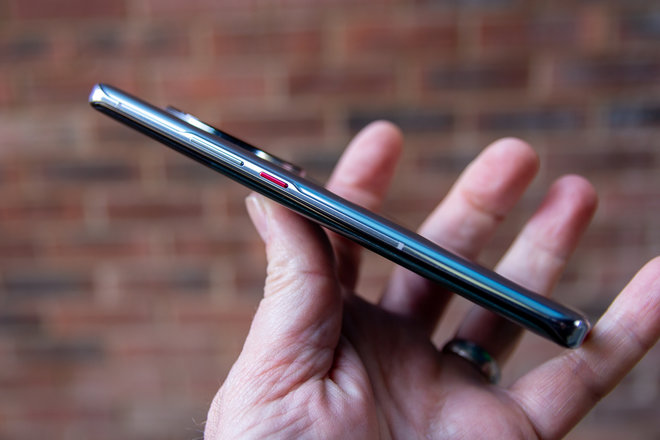 The frame encompasses the red power button and volume rocker on the side, there are neat apertures for the speaker grilles on the flattened top and bottom – it all comes together nicely.

We’re not sold in the longer pill-style cutout in the display to accommodate the two cameras on the front – although we haven’t tested the phone fully, so we can’t tell if the additional camera will bring a benefit that outweighs losing more screen space.

There’s a big display on the Magic 4 Pro, measuring 6.81-inches, but curved towards the edges. As we mentioned there’s an elongated pill-shaped cut out for the front cameras, although the left-hand position tends to be slightly less intrusive when watching movies – but may well mean there’s no real space for notification icons. 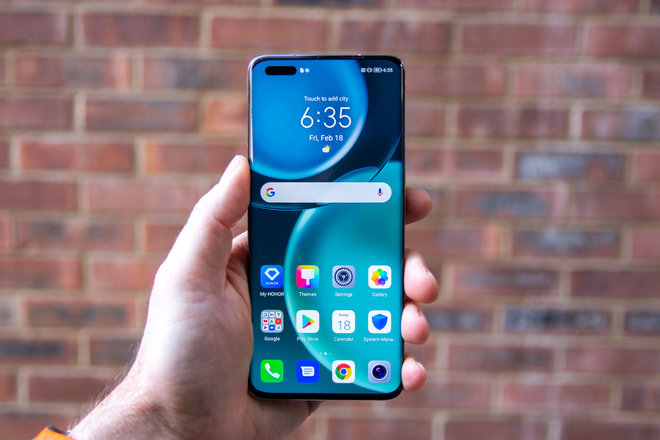 It’s high resolution, resulting in 460ppi, and supporting a variable refresh rate up to 120Hz, but we haven’t had the chance to stress test this display yet.

First impressions are good, it’s bright and vibrant and we suspect it will deliver a great experience.

Let’s start with the wow news: the Honor Magic 4 Pro supports 100W charging both wired and wireless. That’s right, it will recharge the 4600mAh battery at a blistering pace – although you’ll have to buy a wireless charger that’s compatible to take advantage of that.

Still, for a phone of this size, the battery isn’t huge and we can’t comment on what the stamina of this device might be – that’s something we’ll test when we get this phone in for a full review. 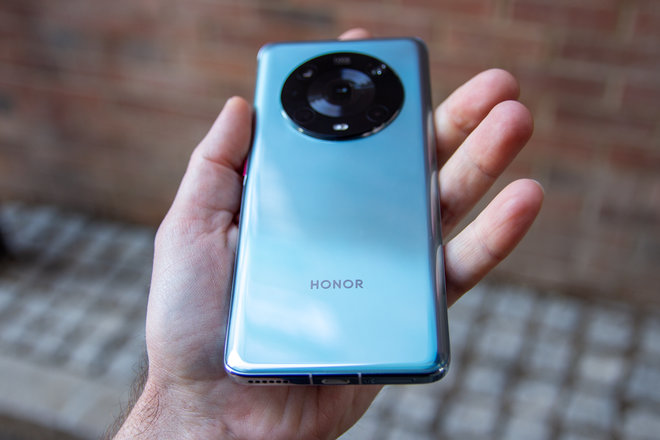 We know a little more about the core hardware however. This phone is powered by the Snapdragon 8 Gen 1 with 8GB RAM and we have no doubt that it will be a powerhouse.

Of course some of the performance will come down to the software optimisation and this phone rungs on Android 12 with Magic UI 6.0. Again, we’ll fully test it in a full review closer to launch.

There’s a wide selection of cameras on the rear of the Honor Magic 4 Pro, packing in three serious sensors around the back. There’s a 50-megapixel main camera and 50-megapixel ultra-wide camera, while there’s a proper telephoto offering too. 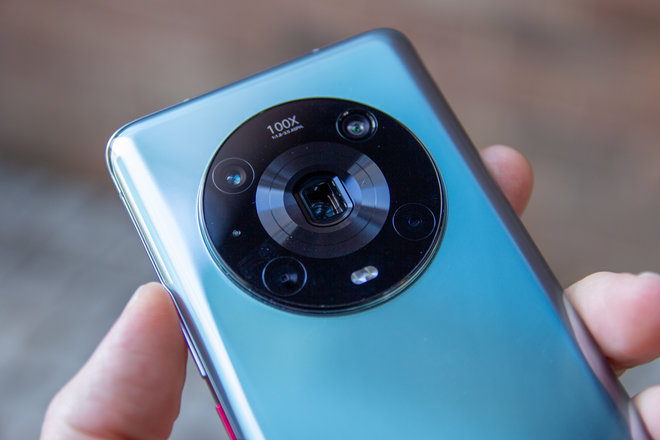 Like Samsung, Honor is moving to a periscope style lens, meaning it can offer a 3.5x optical zoom on the back of the phone, while digital zoom will run out to 100x. Don’t get too excited about that figure, however – as we’ve seen from other phones, by the time you get to 100x you’re looking at a pretty mushy picture.

However, typically these zooms will let you run out to 30x zoom with great results – and that’s certainly an attractive addition to shake up the camera. 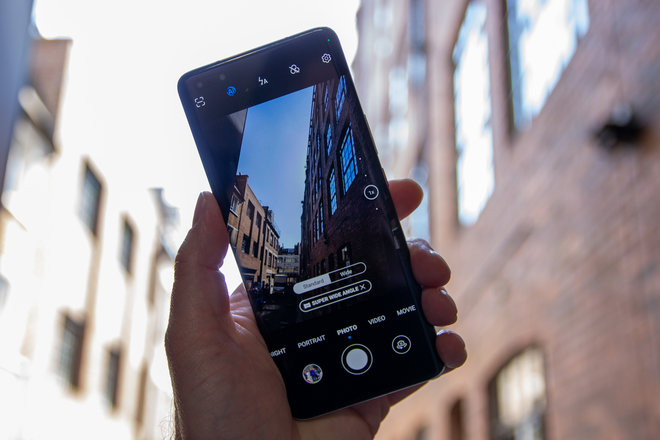 Honor says that this camera is driven by AI and we’ve been impressed with some of Honor’s previous camera systems on smartphones, so there’s every reason to be optimisitic about the offering here.

In addition to the main cameras, Honor has also packed in a flicker sensor and a TOF focusing system, aiming to deliver better results in all conditions. However, it misses out on the Spectrum Camera of the Magic 4 Ultimate, which claims to be able to gather event more information to enhance photo quality. 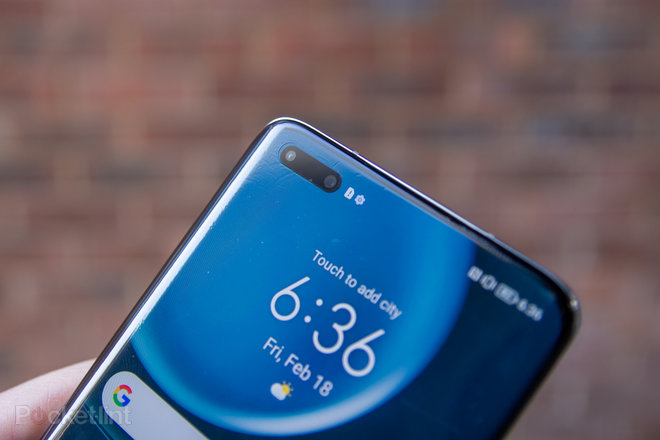 We’ve mentioned there’s two cameras on the front. The selfie camera is a 12-megapixel unit and it sits alongside a second camera which it said to be for 3D depth for face unlocking rather than for bokeh images (which doesn’t need a second lens). Whether there’s any real benefit delivered with face unlocking from this camera system compared to the in-display fingerprint scanner, remains to be seen.

Of course, in the time we’ve spent with the phone we’ve been unable to assess the full performance, but will do in the near future.