Honor has unveiled a new mid-range smartphone called the Honor Play 6T Pro. The device has got a powerful processor with support for 5G networks, a 48-megapixel main camera and a 40-watt power supply. In addition, a more affordable basic version of the gadget has replenished the branded series. 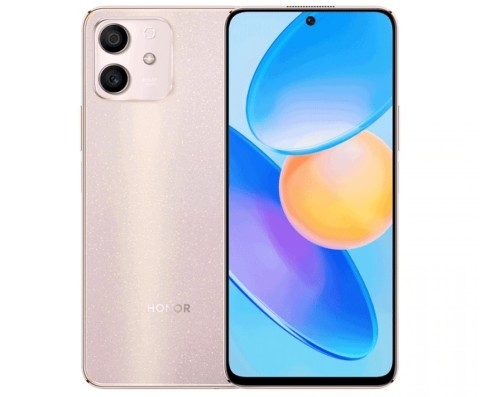 Honor Play 6T Pro received a 6.7-inch IPS display with Full HD + resolution and a refresh rate of 90 Hz. Responsible for its performance is an eight-core MediaTek Dimensity 810 processor, working in conjunction with 8 GB of RAM. The amount of built-in storage, depending on the configuration, is 128 or 256 GB.

The battery capacity of the gadget with support for 40W fast charging technology is 4000 mAh. Out of the box, the smartphone has Magic UI 5.0 firmware based on the Android 11 operating system. The main camera module is represented by 48 and 2 megapixel sensors, and an 8-megapixel front camera is embedded in the display.

The basic version of the smartphone called Honor Play 6T has a display of the same diagonal, but differs from the “firmware” in the presence of a teardrop-shaped cutout for a selfie module with a resolution of 5 megapixels. The smartphone is based on the MediaTek Dimensity 700 chip, has 8 GB of RAM and also comes in versions with a 128 or 256 GB drive.

The battery capacity of the smartphone is 5000 mAh, but there is no support for fast charging. Its main camera includes sensors for 13 (main), 2 (macro) and 2 megapixels (depth sensor). The device is available in black, blue and silver colors. Its price in China is $190 for the 8/128 GB version, while the 8/256 GB version will cost $220.