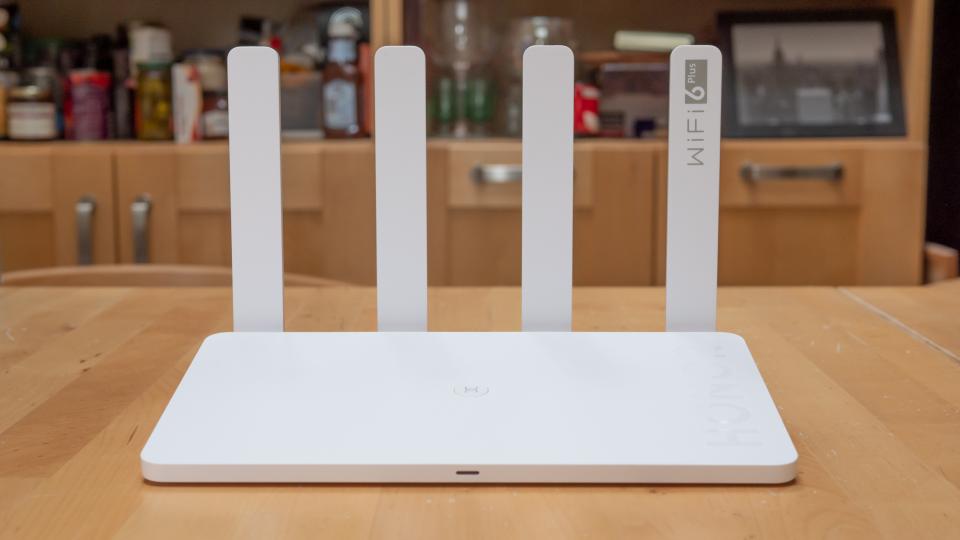 A likeable, practical router that performs well and delivers Wi-Fi 6 on the cheap. What’s not to like?

Pros Wi-Fi 6 for an amazing priceSleek, tasteful designEasy to set up and manageCons Not as fast as rival routersLimited physical connectorsBasic, functional feature set

You can snag the Honor Router 3 for a mere £50 right now via the Honor website. This limited-time £30 saving pushes an already inexpensive Wi-Fi 6 router into the realms of the absurdly cheap, so don’t miss out.HonorWas £80Now £50Buy Now

The first wave of Wi-Fi 6 routers emerged in mid-2019 but they weren’t cheap, generally costing upwards of £200.

We’ve since been impatiently waiting for someone to produce an affordable alternative and, at last, Honor has smashed the price barrier with the Honor Router 3. This compact router may look unassuming, but it delivers next-generation Wi-Fi 6 (802.11ax) networking for just £72. 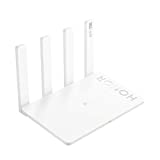 Honor Router 3 review: What you need to know

The Honor Router 3 is a basic dual-band router with no internal modem of its own. The casing is small and simple, and if you glance down the spec sheet you’ll find little in the way of flashy features. Don’t be put off, though: it’s equipped with a well-chosen, practical set of capabilities that will answer all the networking needs of most households.

The most exciting of those, of course, is Wi-Fi 6, which brings improvements in speed and concurrency compared with older routers. When used with 802.11ax clients, the Honor Router 3 claims a maximum theoretical throughput of around 3,000Mbits/sec, comprising 574Mbits/sec on the 2.4GHz band and 2,402Mbits/sec over 5GHz. As always, older 802.11ac devices can connect, too, but they won’t see peak performance, with their top speed limited to 866Mbits/sec.

The Router 3 is far cheaper than any previous Wi-Fi 6 router we’ve seen. At £72 it even undercuts plenty of Wi-Fi 5 (802.11ac) routers. If you’re willing to go the grey import route, you can get the price down further: right now, AliExpress will sell you the Honor Router 3 for an absurdly low £26.56 (plus £10.99 shipping), although it may take some time to arrive, of course, the usual support caveats apply.

It’s fair to say that we haven’t seen anything really comparable in this price range. The closest contender is the D-Link DIR-1960, which garnered a five-star review at £121 and which you can now buy on Amazon for £105. It includes built-in home security and integration with Alexa and the Google Assistant, neither of which the Honor Router 3 can boast; however, it relies on old-school 802.11ac Wi-Fi, which means it can’t unlock the full performance potential of newer Wi-Fi 6 devices. 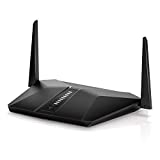 If you’re eager to move up to the latest wireless standard, the next cheapest Wi-Fi 6 router we’ve seen is the Netgear Nighthawk AX4. Again, this has some features the Honor Router 3 lacks, including a USB socket for connecting external storage or a printer but, while the AX4 fully supports 802.11ax, it isn’t as fast as the best models we’ve seen and it’s still twice the price of the Honor, coming in at £150 on Amazon.

The Router 3 is, in our view, a lovely piece of design. It’s deliciously petite, with a matte white casing that wouldn’t look out of place in an Apple Store. The word “Honor” is subtly debossed into the top and, at the rear, four rounded-off antennae stick upwards, with a “Wi-Fi 6 Plus” logo printed on the rightmost aerial just to add a bit of asymmetry. (In case you’re wondering, the “Plus” appears to be just a bit of marketing fizz, with no properly defined meaning.

There’s almost nothing in the way of lights or controls. At the front, a single LED glows various colours to show the router status, and there’s a WPS button on top for easy pairing. At the back, spaced out between the aerials, you’ll find four Gigabit Ethernet ports – you can connect your modem to any one of these and the router is smart enough to figure out what to do – and a pinhole reset button.

Physically speaking, that’s all there is to the Router 3. There isn’t even a power button, so if you want to turn the thing off you’ll have to yank the power cable out, Raspberry Pi-style. It would have been lovely to see a USB port or two, and perhaps more than three available Ethernet connectors, but the cleanness of the design has its own appeal. 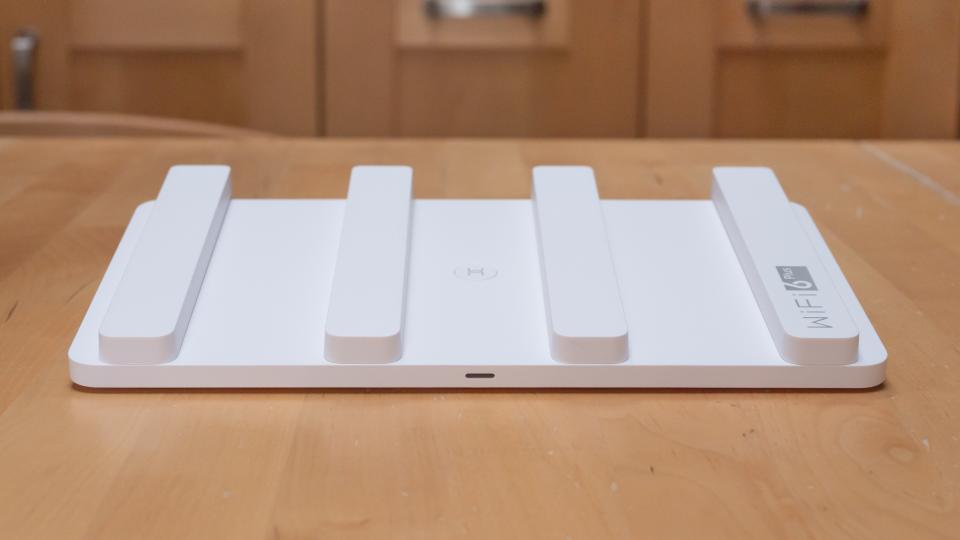 You can set up the Router 3 using either a web browser or the Huawei Ai Life app (a rare acknowledgement of Honor’s parent brand). A QR code helpfully printed on the bottom of the router takes you to a direct download page for the Android app; you can also find it on Google Play and in the iOS App Store.

As soon as I launched the app, it immediately detected the unconfigured router and invited me to connect to its Wi-Fi network. If the router isn’t connected to the internet, you’ll now be prompted to either plug in your modem or set up the router in repeater mode. If you take the latter option, the Router 3 will automatically locate any nearby compatible router from Honor or Huawei, and transparently extend the signal, with no technical configuration required. We’ve seen this feature on other routers before, but this might be the first time the hardware has been cheap enough to make it a tempting option.

If you opt instead to use the Router 3 as, well, a router, then you’ll be taken to a configuration page that asks if you want to combine the 2.4GHz and 5GHz bands under a single SSID, or split them into two different networks. You’re also prompted to rename your network, set a Wi-Fi password – both WPA2 and WPA3 are simultaneously supported – and configure a strong administrative password for the router itself. 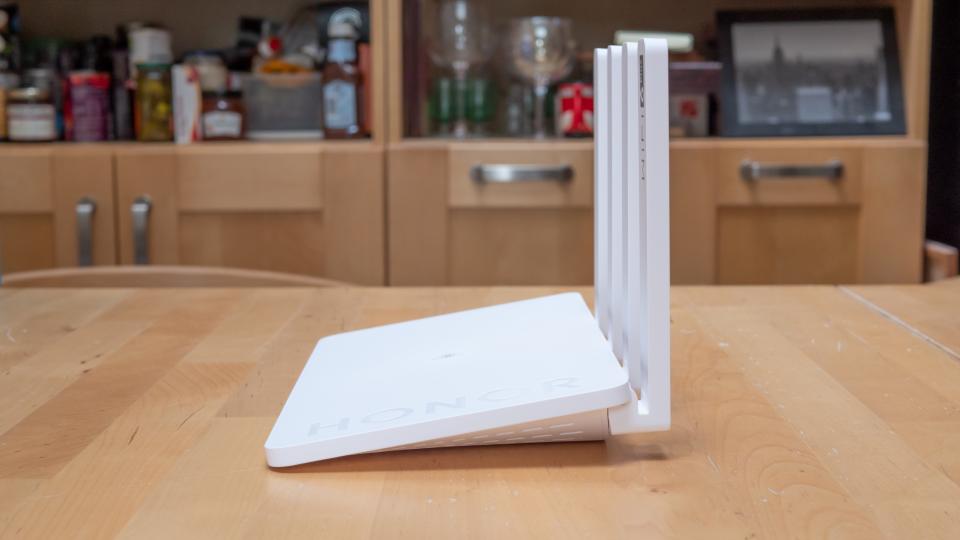 With this done it’s straight into the main management interface; you can choose whether to log into this automatically next time you open the app, or require your password every time. The main screen shows a live bandwidth meter, along with big buttons for setting up parental controls and guest Wi-Fi network. The controls aren’t exactly broad – they only allow you to create rules that block internet access between specified times – but you can combine rules to create quite complex schedules and each device on your network can have its own settings.

The guest network is quite configurable, too. As usual, you can give this a custom name, and either leave it unsecured or apply a unique passphrase. Nice additions are the option to automatically disable the guest network after a specified period (although oddly the only choices are four hours, one day or never), and the ability to cap downstream bandwidth, to ensure that visitors can’t wreck the performance of the main network. 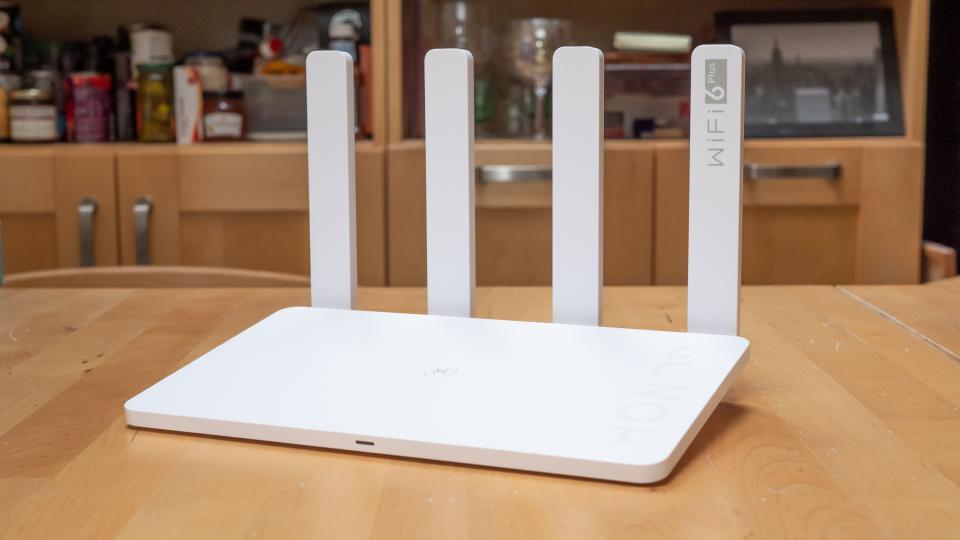 For those who prefer a traditional browser-based portal the Honor Router 3’s is neat and responsive and exposes a few advanced options that aren’t available in the app. These include configuring your IP and DHCP settings (oddly, the Router 3 defaults to 192.168.3.x range), reserving addresses for specific clients, setting up port forwarding, blocking particular MAC addresses and enabling or disabling UPnP. You can configure the router to send all traffic over an outgoing L2TP or PPTP VPN, too.

A few features however are notable by their absence. You won’t find any QoS controls, nor dynamic DNS or voice assistant integration. Since there are no USB ports, you can forget about file sharing or 4G failover and it’s regrettable that the WPS button can’t be disabled, as this could be a security hole if your router is in an easily accessible place. Still, most home users will find the Router 3 does everything they need.

So far so good but one burning question remains. Can a sub-£80 router deliver the full magic of Wi-Fi 6? I won’t beat about the bush: the answer is a resounding “not really”.

I determined this by carrying out my usual series of tests, setting up the router in the living room and walking around my house with a suitable laptop, in this case an HP Elite Dragonfly, equipped with an integrated Intel AX200 2×2 160MHz Wi-Fi 6 card. From four different locations, I connected to the router on the 5GHz band and measured download speeds from a NAS appliance connected to the router via Ethernet.

You’ll find the results below; for comparison, I’ve also included figures from three other Wi-Fi 6 routers, namely the £150 Netgear Nighthawk AX4 mentioned above, the TP-Link Archer AX6000, which sells for a rather steeper £258, and the Asus RT-AX88U, which is still our favourite Wi-Fi 6 router but is even pricier at £280.

The Honor cruised through these tests without a hiccup. Even in the bathroom – where Wi-Fi signals sometimes struggle to penetrate – it kept up an average download rate of 10.2MB/sec (equivalent to around 80Mbits/sec), representing more than three times the bandwidth that Netflix recommends for 4K HDR video streaming.

If you happen to have an Honor smartphone, the manufacturer also boasts that its proprietary “Dynamic Narrow Bandwidth technology” – whatever that means – can automatically boost the transmission strength to provide the strongest, fastest possible signal. Even so, there’s no getting around it: the Router 3 clearly falls short of the 802.11ax performance we’ve seen from more upmarket routers.

I also tested speeds over 802.11ac; after all, while the latest laptops and phones almost all support Wi-Fi 6, those probably haven’t trickled into your home yet. It’s a fair bet that, for the next year or two, you’ll be relying at least partly on the older networking standard.

Here the Honor does much better. As the figures below show, it provided a strong signal to even the remotest areas of the house, nowhere dipping below a solid 11MB/sec download rate:

You’ll note here that the Router 3 seems to outshine its much more expensive competition. This isn’t a like-for-like comparison, however, as the numbers for the other routers were obtained using a 2017 Surface Laptop equipped with a Marvell Avastar AC 2×2 MIMO Wi-Fi card. For our latest 802.11ac tests, we’ve switched to a 2020 Huawei Matebook X Pro, which has a newer Intel AC9560 160MHz adapter, enabling it to get the very best out of the Router 3’s 160MHz Wi-Fi 5 hardware.

This means I can’t definitively declare that the Honor Router 3 is faster than the competition over 802.11ac. It’s also worth remembering that this is only a dual-band design, so if you have lots of Wi-Fi 5 clients all wanting to send and receive data at once, speeds may quickly suffer. (This is less of an issue with Wi-Fi 6, which handles multiple connections more gracefully.)

Even so, I’m happy to say that the Router 3 is fast enough for all but the most demanding roles, and should reach the extremities of an average-sized house without any need for fiddly repeaters or expensive mesh arrangements. That’s a great result for such an unobtrusive, affordable router – and, of course, if you do need a bit of extra range, it’s perfectly feasible to buy a second unit and use it as a zero-configuration extender.

We shouldn’t be surprised that a £72 router can’t keep up with hardware costing nearly four times as much. The Wi-Fi 6 logo isn’t, on its own, a guarantee of performance. Just as in the Wi-Fi 5 market, some next-generation routers will be faster than others.

Yet while the Router 3 may sit at the bottom of our 802.11ax performance table, it’s by no means slow. If your client supports Wi-Fi 6, you’ll probably see better speeds from the Router 3 than you’d get from a top-of-the-range Wi-Fi 5 router. Even over legacy connections, it’s hard to picture a realistic domestic scenario where the Router 3 will hold you back.

In short, the Honor Router 3 is a likeable, practical router. It’s not exceptional in terms of speed, or features, but it’s very hard to complain about decent wireless speeds, broad coverage and a modest speed boost for newer hardware – and this cute little box delivers them all for an almost irresistible price.