Windows 10 moved the “Startup” folder out of the spotlight, but it can still be found if you know where to look. It contains apps that run when you sign in to your computer.

To stop apps from starting when you sign in, you should probably use the Startup Apps screen in Windows 10’s Settings app. This is where you can toggle on or off apps that want to run at startup. It works well and shows some apps that won’t appear in the Startup folders, but you can still access them.

For example, if you want to make an application start every time you sign into your computer, you can add a shortcut to it to the Startup folder.

How to Open the Startup Folder

There are two locations you’ll need to know to find the “Startup” folder. One is for determining the apps that start up on your personal account, the other is for all users. Programs that are put in these folders will launch when the PC is started. In general, you’ll want to put shortcuts in this folder, not EXE files.

To get started, use the Windows + R keyboard shortcut to open the Run menu. Type one of the following in the box and press Enter or click “OK.” 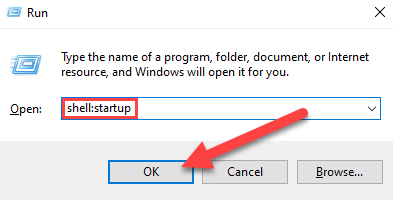 The Startup folder will immediately open and you’ll likely see a bunch of folders and program shortcuts.

Tip: You can type the above paths into File Explorer’s address bar instead of using the Run dialog, if you prefer. 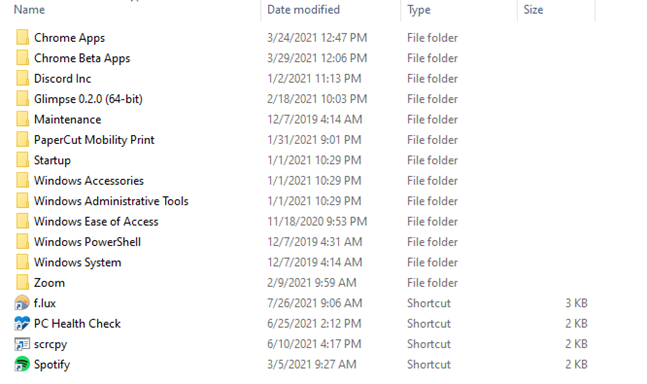 You can drag and drop the program shortcuts out of this folder to make them launch at startup or prevent them from launching. It’s very simple. The new method in Settings works for most cases, but this folder method is more flexible as you can add pretty much any shortcut, which can’t be done from the Settings app.