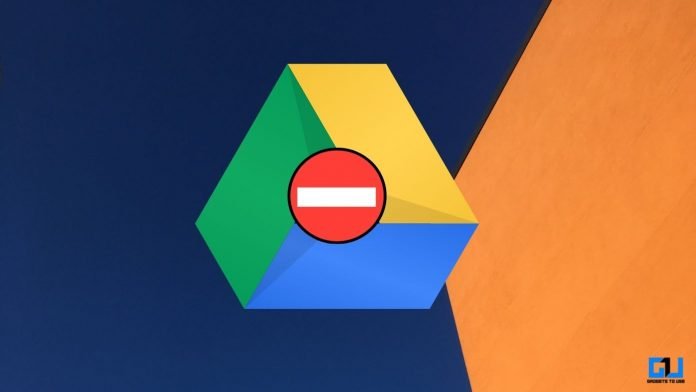 Earlier this month, Google added the ability to block people in Google Drive. This new feature stops other users from accessing not only the data shared by you but also removes their previous files stored in your drive so that you can save some storage space. Here’s how you can block someone in Google Drive as well as unblock them later.

You can block users using the file shared in Drive. It is to be noted that when you block someone they won’t be able to share files with you or access any of your files, and vice versa. Here’s how to block someone on PC, Android, and iOS.

1. Go to drive.google.com on your PC and log in with your Google account if not already signed in.

2. Now, right-click on the file shared by the user whom you want to block.

3. From the options menu, click on Block (email address). 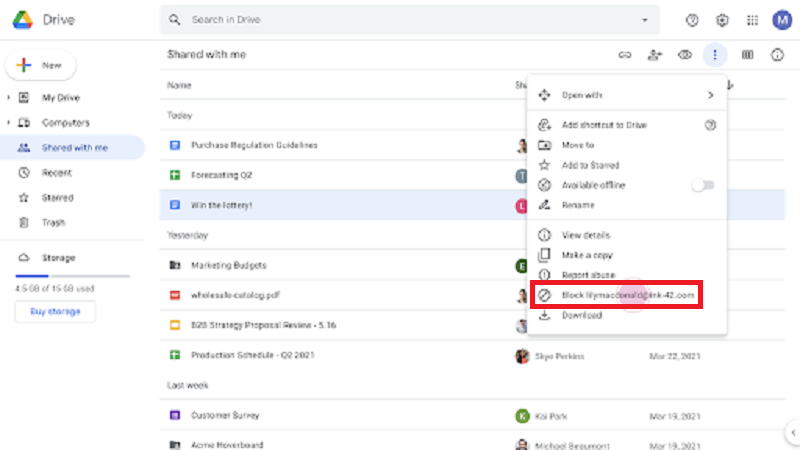 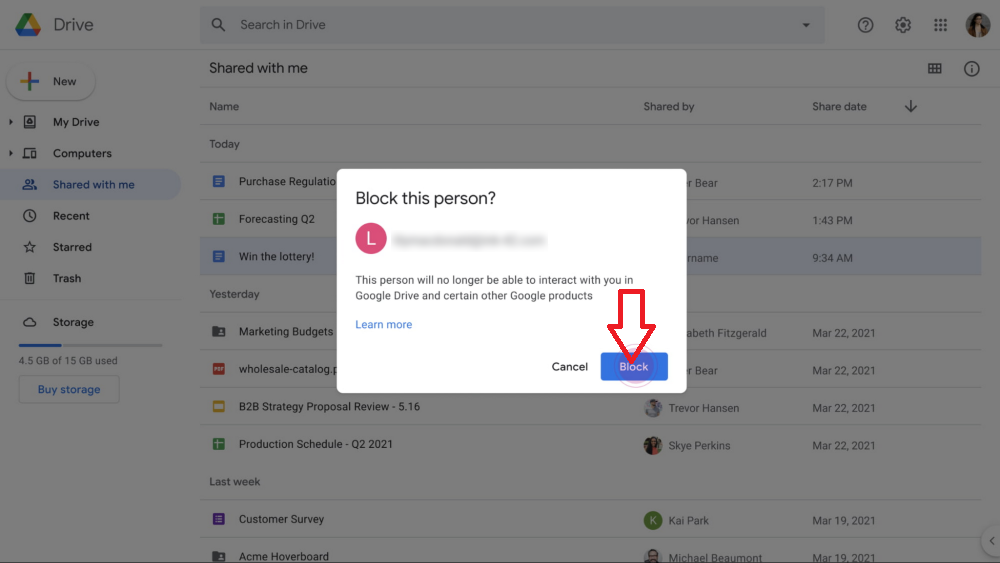 That’s it. That user will now be blocked from accessing your drive.

If you use Google Drive on your smartphone, you can block someone using its app as well.

1. Open the Drive app on your phone.

2. Now at the top right of the file shared with you, tap More (three dots).

3. In the options menu, tap on Block (email address).

Here’s how you can block someone in Google Drive on iOS:

1. Open the Drive app on your iPhone or iPad.

2. At the top right of a shared file, tap More (three dots) icon.

3. From the options menu, tap on Block (email address).

Note: The feature is rolling out in phases and may not be available for all. So, you should wait if you don’t see the option.

How to Unblock Someone in Google Drive?

If you later want to unblock someone, you can do so easily by following these steps on PC, Android, or iOS:

1. Open the Drive app on your phone or go to drive.google.com on your PC.

2. At the top right corner, tap on your profile picture and select “Manage your Google Account”.

4. Then select “Blocked” and a list with accounts you blocked on Google will appear.

5. Now, look for that person’s name whom you want to unblock and, select Remove (X) icon next to his/her name.

This is how you can block or unblock someone in Google Drive to avoid spamming in your drive or misuse of your personal data. For more such tips and tricks, stay tuned!