Windows 10 administrators may enable policies on devices to bypass upgrade blocks that prevent the device from being offered feature updates.

Upgrade blocks, or Safeguard holds as Microsoft calls them, are designed to prevent devices from being upgraded to a new version of Windows 10 because of known compatibility issues in that new version.

While it is usually a good idea to keep a device on a previous version until the issues it is affected by are resolved, issues may be minor sometimes for getting work done on the machine. Microsoft recommends disabling the blocks only for testing and validation purposes, as “opting out of a safeguard hold can put devices at risk from known performance issues”.

Administrators may also use the Release Preview channel to test and validate upcoming versions of Windows 10.

In any event, disabling Safeguard holds does not guarantee that an update will go through. Issues may prevent successful installations of new feature updates, and removing the blocks will do nothing to resolve these.

How to disable the Safeguard Hold on a Windows 10 machine 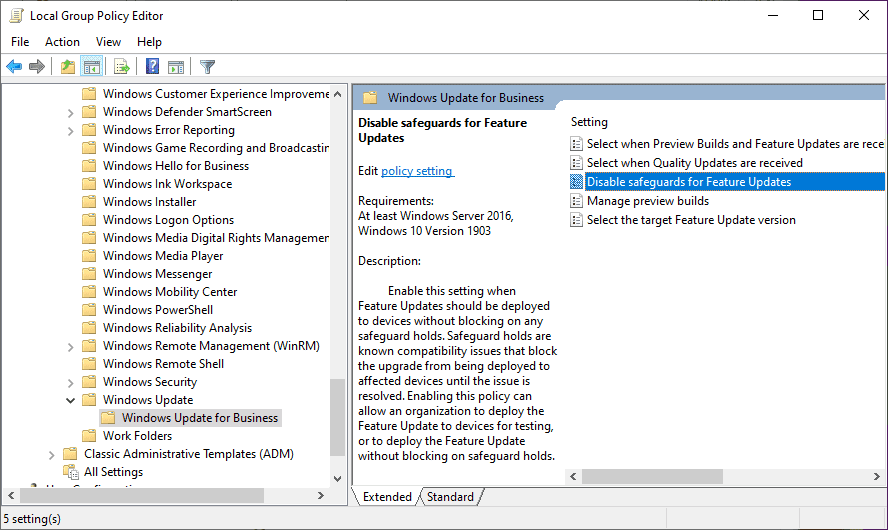 The requirements are a system with at least Windows 10 version 1809 and the October 2020 security update installed on the system. 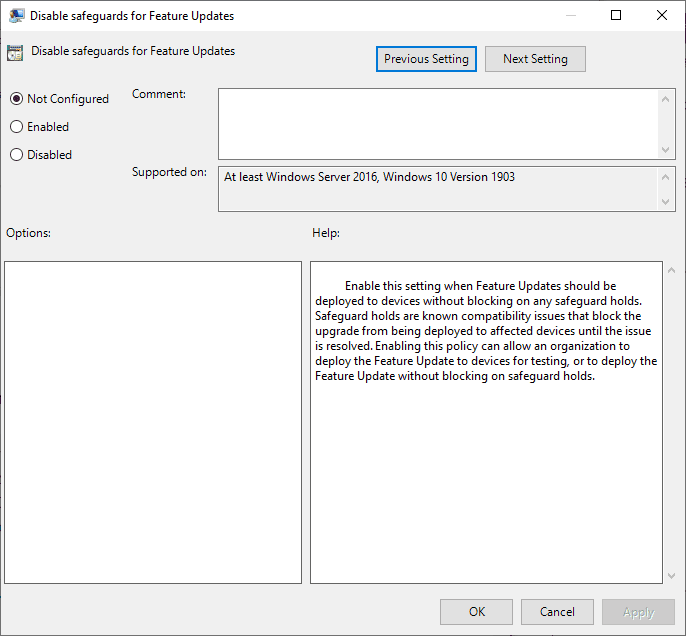 It is furthermore possible to bypass the update block by adding a Dword to the Registry instead.

Note that the successful installation of a feature update will reset the value automatically, and that it needs to be set again.