How to connect Spotify to Xbox 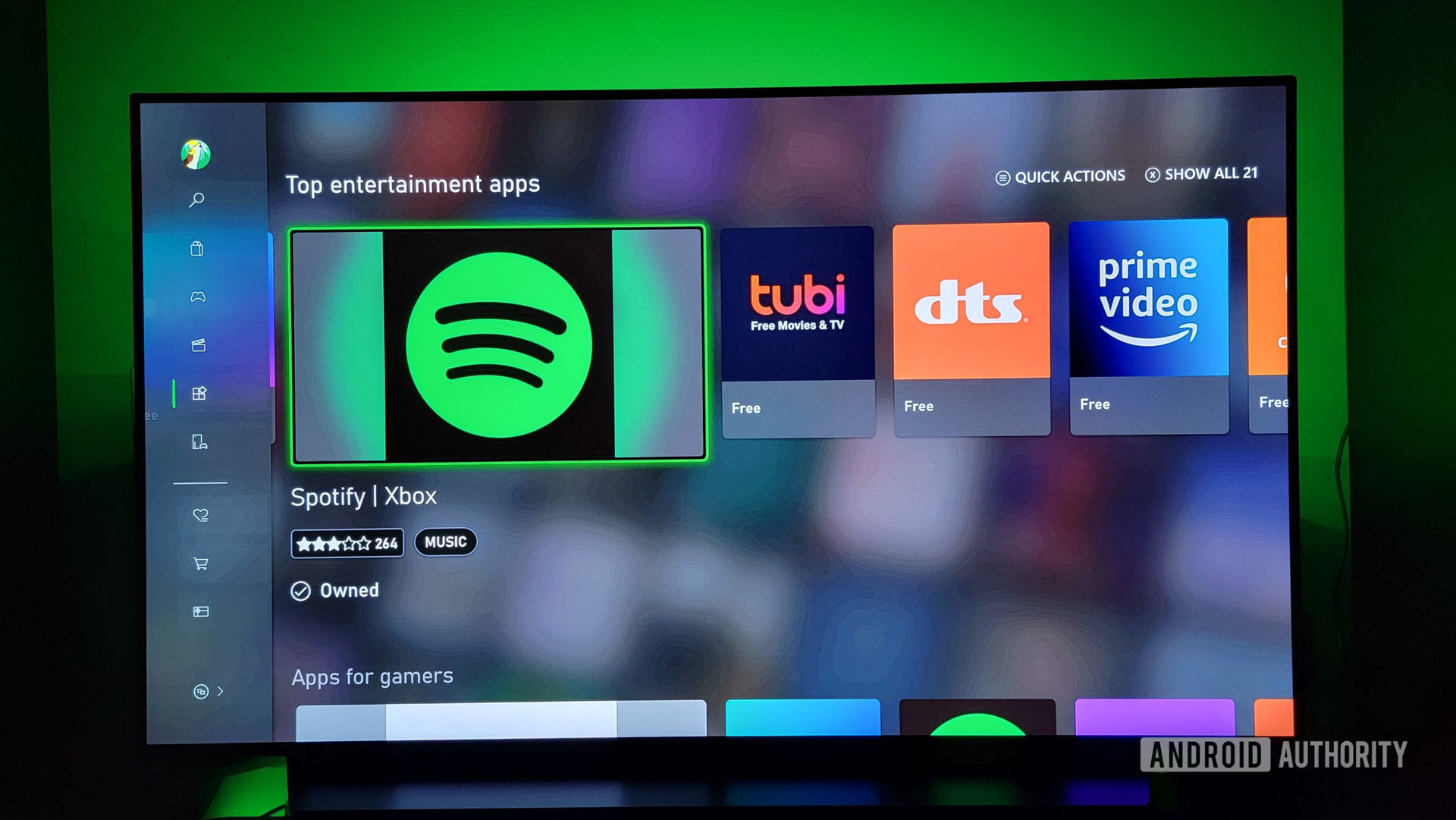 Open the Spotify app and select Login. You’ll then be given three options to log into your Spotify account: scanning a QR code with your smartphone, using a webpage, or logging in with your password. Use your preferred method to proceed.

If you choose either of the first two options, you will receive a prompt on your phone to pair devices—select Pair.

When you play something from the Spotify Xbox app, it will continue playing in the background. To control the music while gaming, press the Xbox button at the center of your controller, then select Spotify from the left. 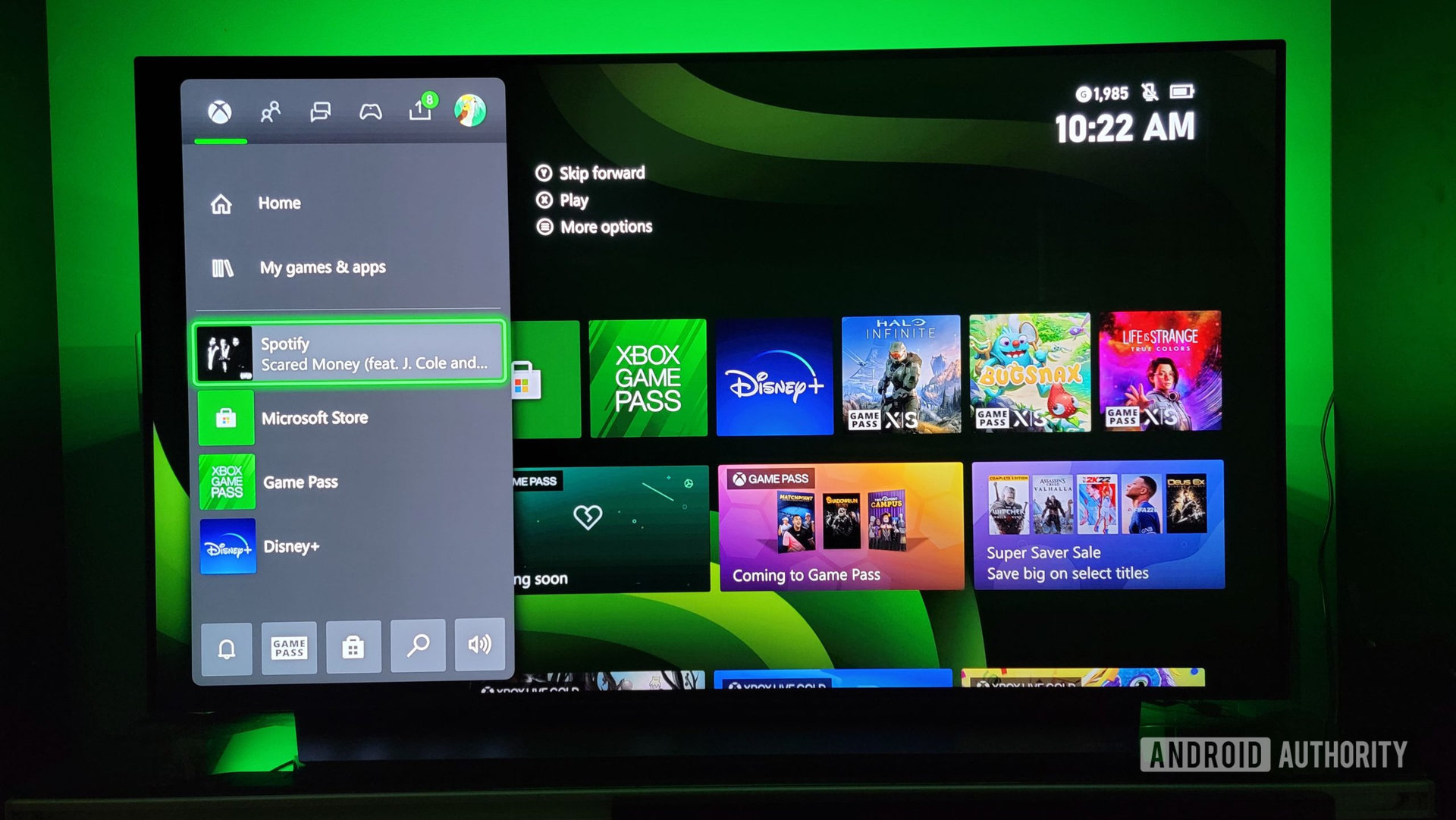 From there, you have various options to control the music. Press X to pause or play, press Y to skip to the next song, or press More for options to repeat, shuffle, or select a track from a recently played playlist. For the best listening experience, we recommend disabling any in-game soundtrack if possible. That way, you won’t have two audio tracks playing over each other.

You can also use your smartphone or tablet to control the music on your Xbox console. Open the Spotify app from your mobile device, then find your Xbox using Spotify Connect.

Is Spotify free on Xbox?

Yes, the Spotify app is free to download on your Xbox console. You can listen to music for free so long as you don’t mind hearing the occasional advertisement.

How do I get my six months of free Spotify on Xbox?

This offer isn’t always available, but every month subscribers to Xbox Game Pass Ultimate can redeem exclusive perks. If the free Spotify Premium trial is open, you must create a new Spotify account to be eligible.

Next: How to clear the cache on an Xbox Series X or Series S

How to connect Spotify to Cortana 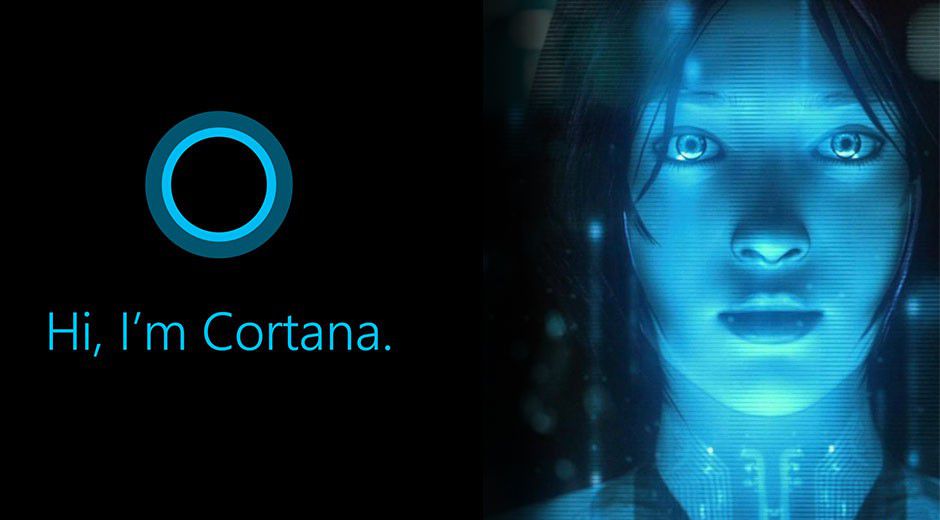 As Master Chief, gamers used to be able to speak to Cortana on their Xbox consoles. However, that feature has since been discontinued. A Windows PC is the only device you can still talk to Cortana to control your Spotify tunes.

Fortunately, the Xbox Series X, Xbox Series S, and Xbox One consoles still support voice commands using Alexa, Google Assistant, and Cortana-enabled devices such as the Amazon Echo or Google Home. You can Check out our guide on all the things you can say to control your Xbox console with a digital assistant.

Is Cortana still on Xbox?

No, Cortana is no longer availible on Xbox consoles. However, you can still use Cortana on Amazon Echo and Google Home.